On Friday, May 13, the Ministry of Defence reported this and showed footage of the combat work of the Ka-52 helicopters. 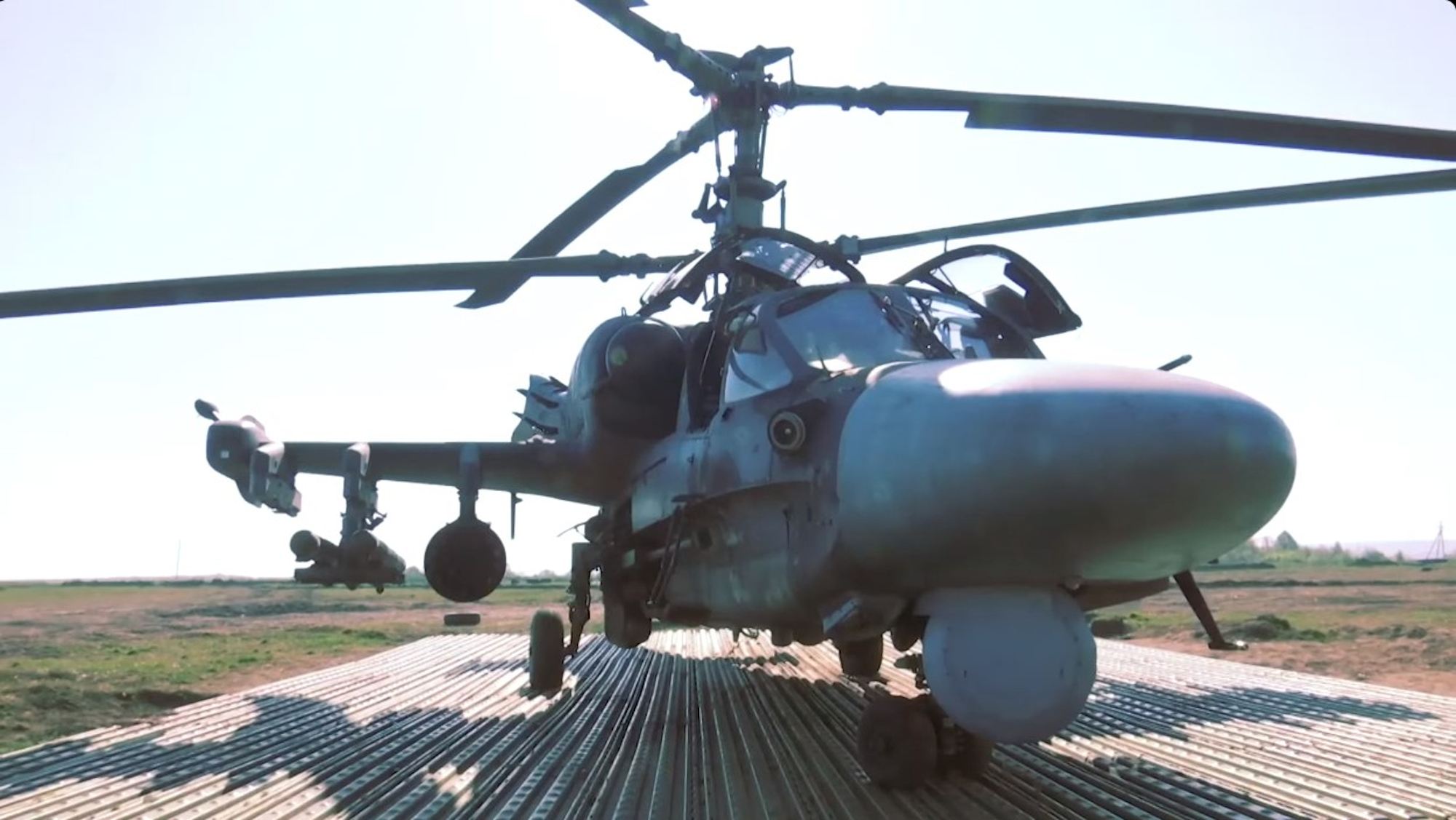 The combat work of Ka-52 helicopters in May 2022. (Ministry of Defense of Russia/Zenger).

This is the moment Russian Ka-52 killer helicopters take part in a combat operation to “protect Donbass”.

The Russian Ministry of Defence (MoD) said: “Servicemen of the Russian Army continue to perform combat missions during the special operation to protect Donbas, destroying strongholds and armed units of the Armed Forces of Ukraine (AFU).

“On Friday, May 13, the Ministry of Defence reported this and showed footage of the combat work of the Ka-52 helicopters.

“The crew conducts flights at extremely low altitudes – from five meters. High maneuverability and relatively small dimensions allow the Alligators to work successfully on any terrain.

“Pilots take part in missions in pairs: the pilot and navigator effectively interact in the sky, helping each other.

Russian troops invaded Ukraine on February 24 in what the Kremlin is still calling a “special military operation”. Friday 13 marks the 79th day of the campaign.