AMP said the blaze broke out at around 10.20 a.m. on Wednesday on a vessel belonging to the company Rocmar Seafood.
By Lee Bullen May 13, 2022
Facebook
Twitter
Linkedin
Email 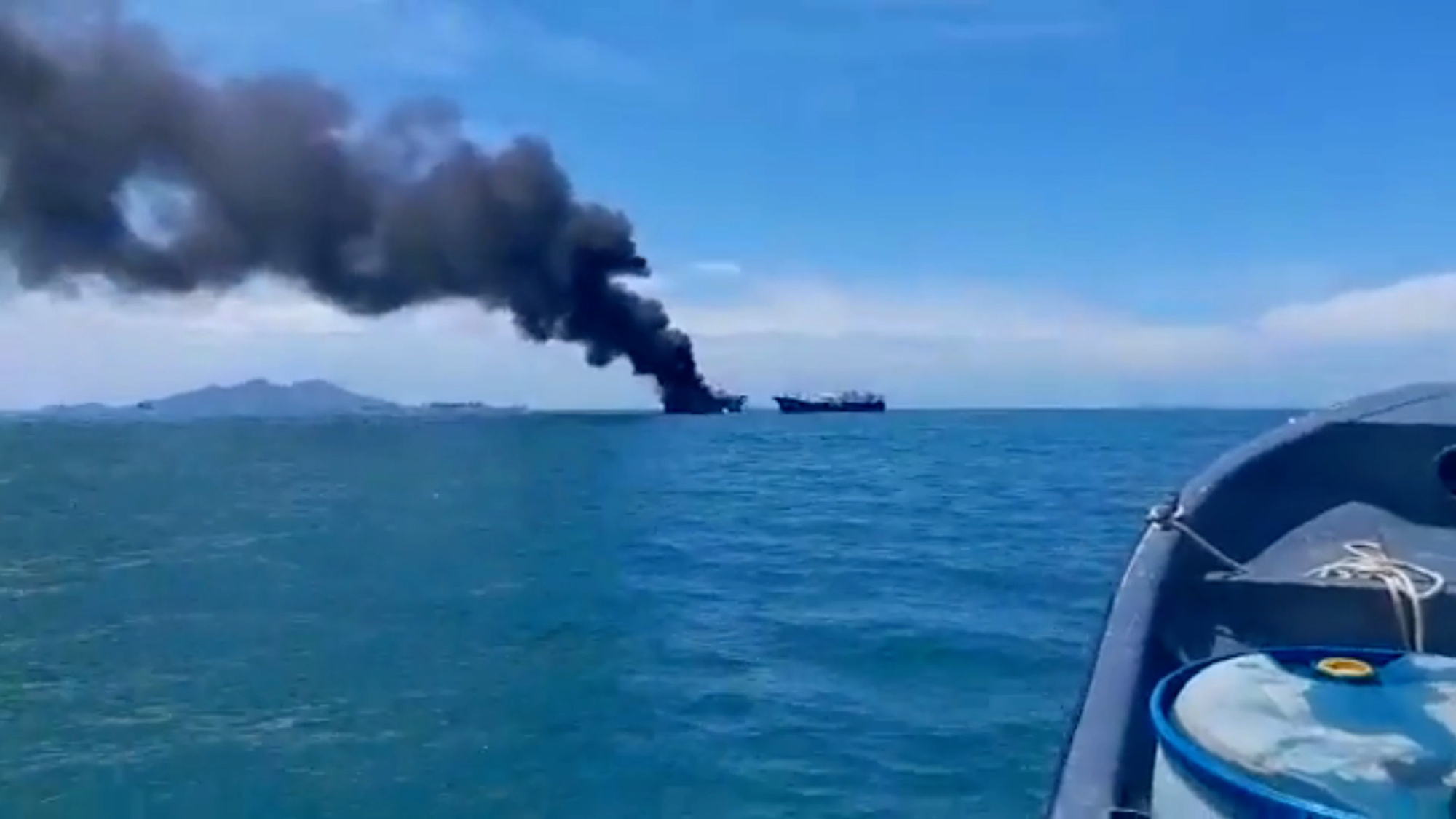 Boats dedicated to fishing activity on fire near the port of Vacamonte, Panama, on May 11. (@SENANPanama/Zenger).

The Panamanian authorities are investigating a major blaze that affected three fishing vessels anchored near the Panama Canal.

Three fishing vessels, with a total of eight crew members, were rescued between one and two nautical miles from the Port of Vacamonte in central Panama.

The Panama Maritime Authority (AMP) said the blaze broke out at around 10.20 a.m. on Wednesday on a vessel belonging to the company Rocmar Seafood that was anchored at sea.

Another ship belonging to the company rescued the eight crew members on board the three vessels affected by the flames.

The AMP stated: “These fishing boats operate regularly in this area.”

The maritime authority added that the fire “has not caused injuries, but it spread to two other ships from the same company ”that were anchored in the same area.

The National Aeronaval Service said they sent several ships to the scene while an aircraft monitored the situation from the air.

Security Minister Juan Manuel Pino said the blaze was quickly brought under control on two ships, but was more intense on the other.

The Panamanian official confirmed that no one suffered any injuries in the fire.

The investigation into the cause of the fire is ongoing.

It is not clear how the blaze spread to 2 other boats before it was brought under control by firefighters and the National Aeronaval Service (SENAN).

The investigators did not comment on possible causes but it is believed that a fuel spill is being looked at as a possible reason.

They also did not comment on speculation that the incident could be deliberate in the wake of eco-protests about mass fishing and its effect on wildlife stocks.

The massive shipping vessels, which can often be over a hundred feet in length, catch hundreds of tons of fish a day, making fish populations unsustainable according to many critics.

But with hundreds of millions of people depending on fishing for survival, the multibillion-dollar industry is often accused of being short-term in its goals.

It is unclear what type of fishing vessels that were burning were involved in, but critics say that practices like bottom trawling and the use of huge nets have a massively negative effect on fish stocks and marine life, disturbing the sea bottom when the animals bring and raise their young and producing murky water that blocks out sunlight.