The City of Charleston Police Department said cops never know what they may encounter in their line of work. 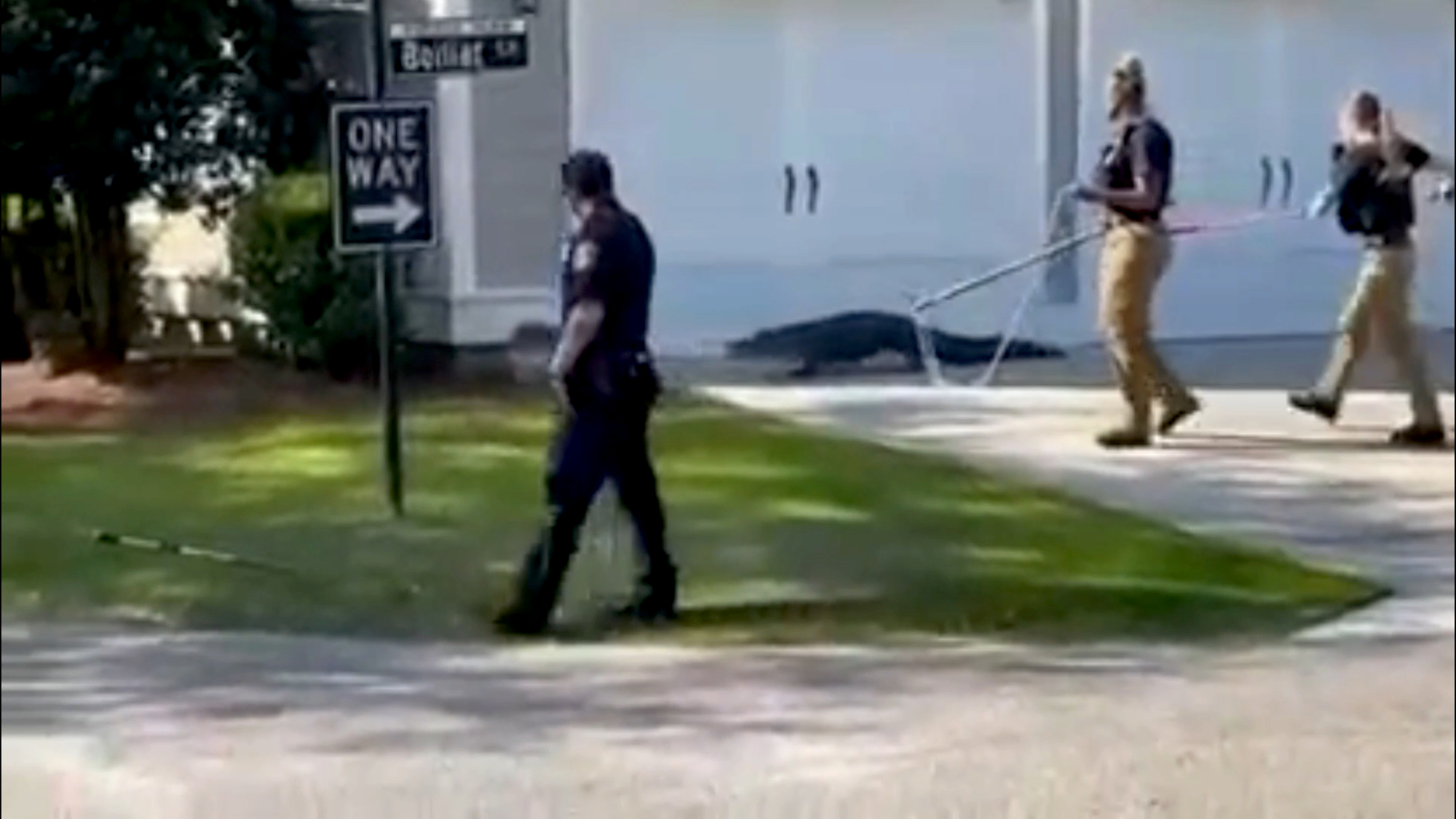 Alligator captured outside 'Daniel Island School' in South Carolina in May 2022. (@CityofCharlestonPD/Zenger).

Hero cops lassoed and rode a rogue alligator prowling outside a school in an astonishing rodeo-style capture in South Carolina.

The trio of officers had been called to Daniel Island School in Charleston after the ferocious beast had been spotted close to the gates.

Modest police chiefs later shrugged off the drama as “not your everyday arrest”.

But video footage of the croc’s capture is like a thrill a second-action movie.

The officers can be seen cornering the ‘gator on the drive of a house close to the school.

One female cop manages to rope the huge reptile with a lasso on its upper jaw.

But as she starts to reel it in, the alligator snaps its lethal jaws and thrashes its head from side to side.

A male officer then takes the rope and two female officers are seen straddling the creature before dropping down on top of its back, trapping it under their combined body weight.

The trio only just manage to close the animal’s tooth-lined gaping jaw before it starts biting at them.

The City of Charleston Police Department said cops never know what they may encounter in their line of work.

They added on 10th May: “Not your everyday arrest! Check out this video of our Animal Control Unit removing an alligator outside of Daniel Island School.

“Our team showed no fear and got the job done!

“You never know what you’ll encounter as an Officer!”

There are estimated to be upwards of a hundred thousand alligators in South Carolina and they are especially active in spring when they venture from their regular haunts to go on the move.

The warmer weather makes them more active anyway and it’s also the breeding season which means in May and June courtships are underway.

The males are on the ground looking for females and showing themselves off, which can also prove a danger to humans that come across them.

They can be seen not only just in suburban areas like this but also on golf courses or any grassland in particular when water is near.

They are more visible than some other wildlife because they need the sunshine in order to speed up their metabolism, which means they are often in plain view – but police warn that doesn’t mean to say they need to be disrespected by getting too close. Instead, the advice is to keep a distance and never feed them because it’s illegal as well as being dangerous.