Milky Way phenomenon said to be 4 million times bigger than the sun.
By AccuWeather May 13, 2022
Facebook
Twitter
Linkedin
Email 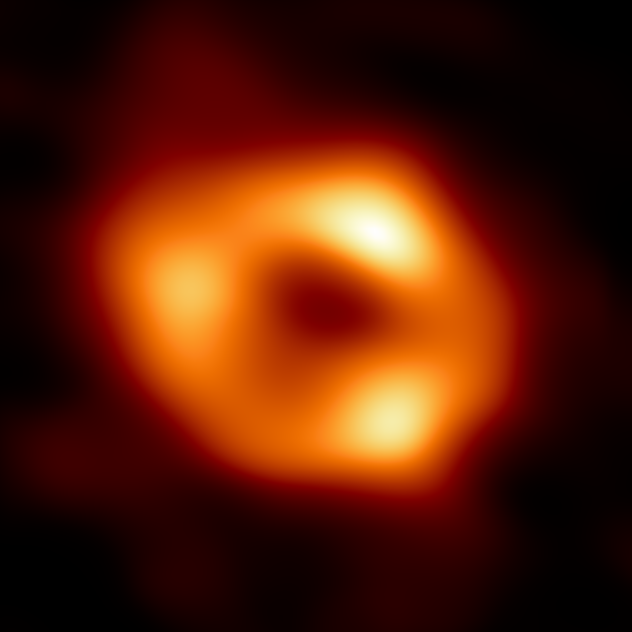 An image of Sagittarius A* (or Sgr A* for short), the supermassive black hole at the center of the Milky Way galaxy, 27,000 light-years from Earth. It's the first direct visual evidence of the presence of this black hole and was captured by the Event Horizon Telescope (EHT).

“We got it!” exclaimed a consortium of scientists who managed to delve deep into space to capture the first-ever images of the supermassive black hole lurking at the center of the Milky Way galaxy.

The colorful yet fuzzy image was captured by a network of eight synchronized radio telescopes around the world as part of an international consortium. That collaboration of the Event Horizon Telescope and the National Science Foundation was unveiled at a multi-continent press conference May 12 in Washington, D.C., using multiple live streams online.

The image lifts the veil off an object that has mystified scientists studying these giant enigmas for decades.

This Milky Way black hole is 4 million times bigger than the sun, according to scientists.

“This result provides overwhelming evidence that the object is indeed a black hole and yields valuable clues about the workings of such giants, which are thought to reside at the center of most galaxies,” officials with the U.S. National Science Foundation said in a statement.

“We were stunned by how well the size of the ring agreed with predictions from Einstein’s Theory of General Relativity,” said EHT project scientist Geoffrey Bower from the Institute of Astronomy and Astrophysics, Academia Sinica, Taipei. “These unprecedented observations have greatly improved our understanding of what happens at the very center of our galaxy and offer new insights on how these giant black holes interact with their surroundings.”

The new image joins the first-ever picture of a black hole, produced in 2019 by the same team, which photographed the monster at the heart of a galaxy known as Messier 87, or M87 — about 53 million light-years from the Milky Way.

The effort was made possible by the work of more than 300 researchers from 80 institutes around the world that together make up the EHT Collaboration.

The Milky Way black hole, which is called Sagittarius A(asterisk), near the border of Sagittarius and Scorpius constellations, is much closer, about 27,000 light-years away from Earth. A light-year is 5.9 trillion miles.