The Syrian military’s gesture was made in support of the government’s alliance with Russia. 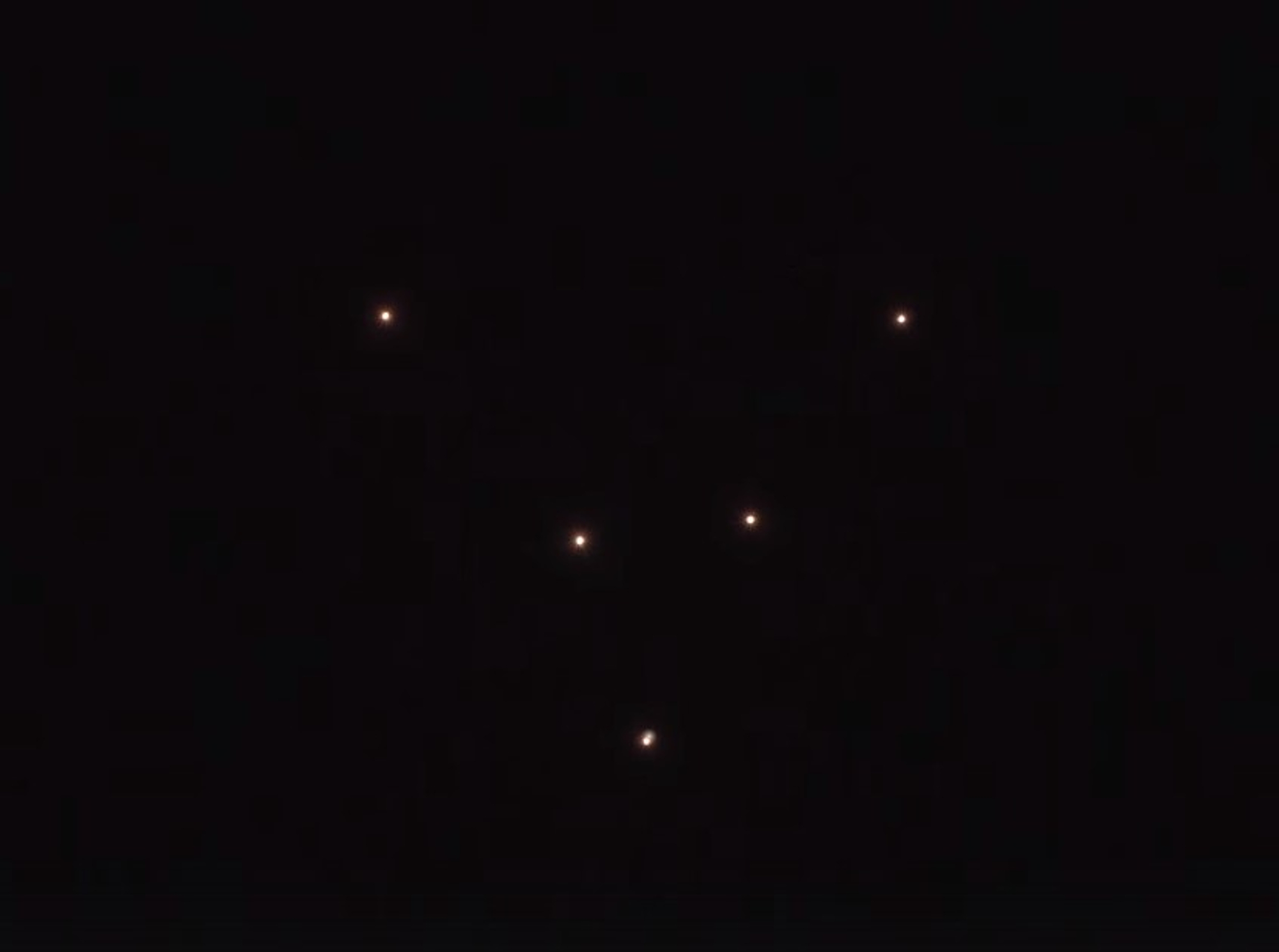 V symbol appears in the sky over Idlib in May 2022. (Ministry of Defense of Russia/Zenger).

Russia’s Syrian allies have put on a sinister show of support for Moscow with a brutal V symbol made of explosions from howitzer shells.

The operation – filmed by Syrian military leaders – shows troops priming the huge shells before firing them into the air.

As they explode in the night sky, they make up the letter V, seen all over Russian tanks and military gear during the invasion of Ukraine.

The Syrian military said: “We know that Russia has just celebrated Victory Day over the Nazis.

“We know that your country is now at war with neo-fascists in Ukraine.

“We have illuminated the letter V with shells as a sign of our common victories.

“Over Ukrainian nationalists and militants who hide in Idlib.”

The Syrian military’s gesture was made in support of the government’s alliance with Russia.

And Russia’s Wagner Group private army – currently in action in Ukraine – were also sent to Syria to back up the regime.

Fighting between Syrian government forces and rebel fighters has intensified in recent weeks in the province of Idlib.

Meanwhile, Russian planes have escalated the number of air raids in the region in support of the government.

Russian troops invaded Ukraine on February 24 in what the Kremlin is still calling a “special military operation”. Today marks the 78th day of the campaign.