Whitney had recorded footage at a VIP swimming pool bar at her hotel in Cabo, Mexico, last month (April). 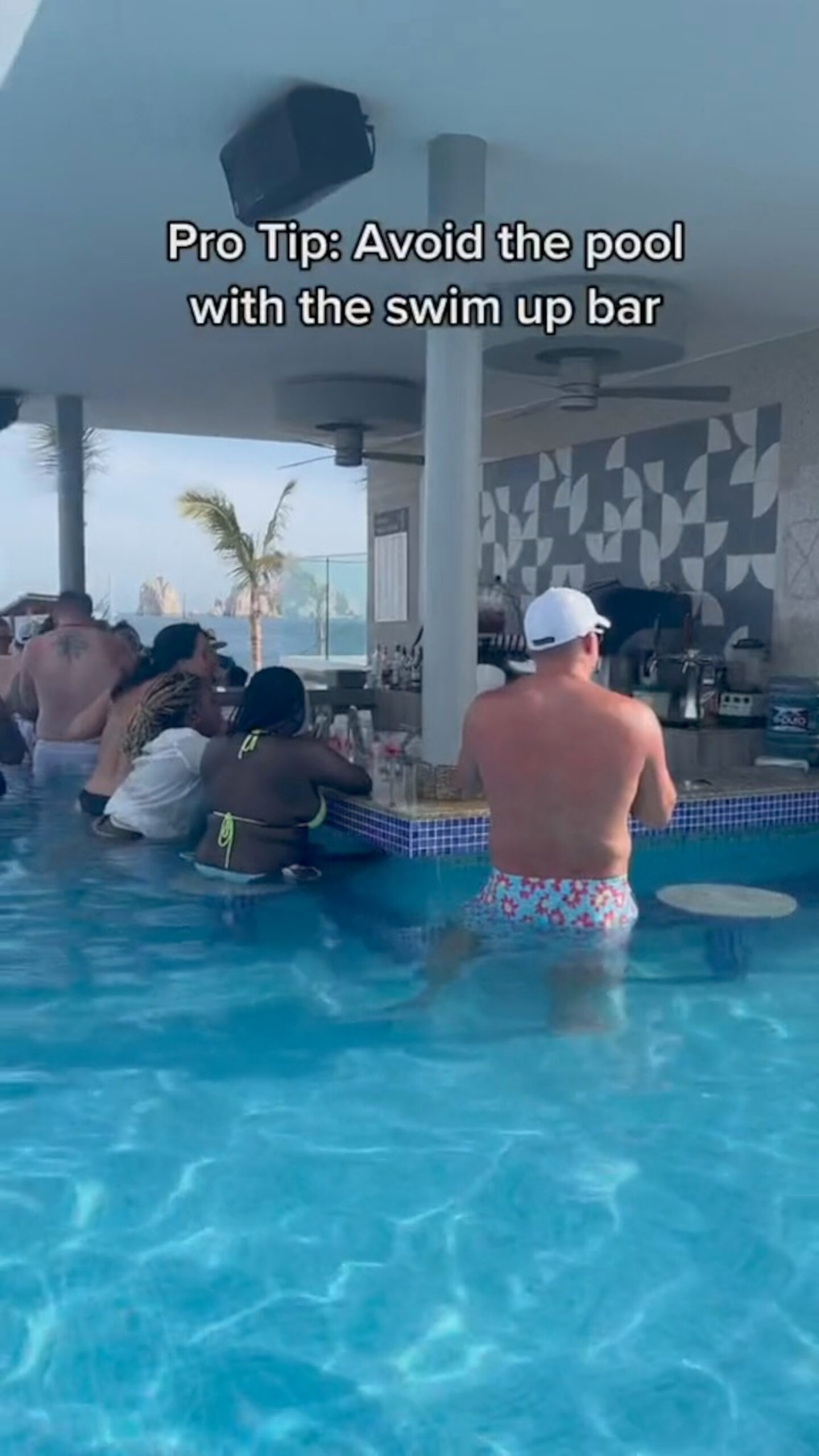 Woman explains why tourists should avoid swim-up bars in her hotel in Cabo, Mexico. (@twofoodpiggies/Zenger)

A shocking video is advising people to avoid poolside bars claiming swimmers simply wee in the water instead of getting out to use the loo.

The video was shared by young Canadian woman Whitney who files on TikTok under the name @twofoodpiggies.

She had recorded footage at a VIP swimming pool bar at her hotel in Cabo, Mexico, last month (April).

She quickly clocked up close to 4 million views and almost 3,000 comments.

She claims to have spoken to drinkers at the bar who admitted to urinating in the pool because they couldn’t be bothered to go to the toilet.

Some online commentators noted that that is particularly worrying for anybody who might knock back numerous glasses of beer.

She did not appear to have recorded any of the people that she referenced that admitted urinating in the pool but urged her followers to “avoid the pool with the swim-up bar”.

Nevertheless, it caused a heated debate online about hygiene issues, even though the swimming pool was chlorinated.

She continued: “Vacation pro tip: Do not hang out in the pool where the swim-up bar is.

“There was literally intoxicated guests admitting that they were peeing in the pool here.”

She also captioned the video: “One girl didn’t understand why some people were leaving the pool to use the washroom.”

According to the Centers for Disease Control and Prevention, which is the US national public health agency, peeing in a pool neutralises chlorine needed to kill germs and can also cause a chemical reaction with the urine to create chloramines that irritate the skin and can cause breathing difficulties.

Nearly half of adults pee in pools, according to one study by the Water Quality & Health Council from 2019.

Despite the fear of bacteria urine is actually sterile when it exits the body, however, once it’s left the body, it can become a breeding ground for bacteria although the chlorine in the simple is designed to prevent this.

Some joked that at least it was better than weeing in the sea where they might attract sharks, and in fact a study by National Geographic researchers found that there was actually no truth that urine seemed to attract sharks.

Others mentioned that some symbols have a special dye designed to go black when somebody urinates on the water as a result of a chemical reaction between the die and the urine – however, that did not seem to be the case at the hotel pool with the bar.

Generally peeing in the ocean is apparently more acceptable to most people however given the fact that there are public toilets at hotels around swimming pools and also along those beaches, it is still regarded as antisocial, and most people will not readily admit to it.

But despite that, Ryan Lochte, who is a professional US swimmer and 12 time Olympic medallist once said: “I think there’s just something about getting into chlorine water that you just automatically go.”