Video footage of the strike shows a furious fusillade hammered down on the line of vehicles and men within seconds.
By Lee Bullen May 12, 2022
Facebook
Twitter
Linkedin
Email 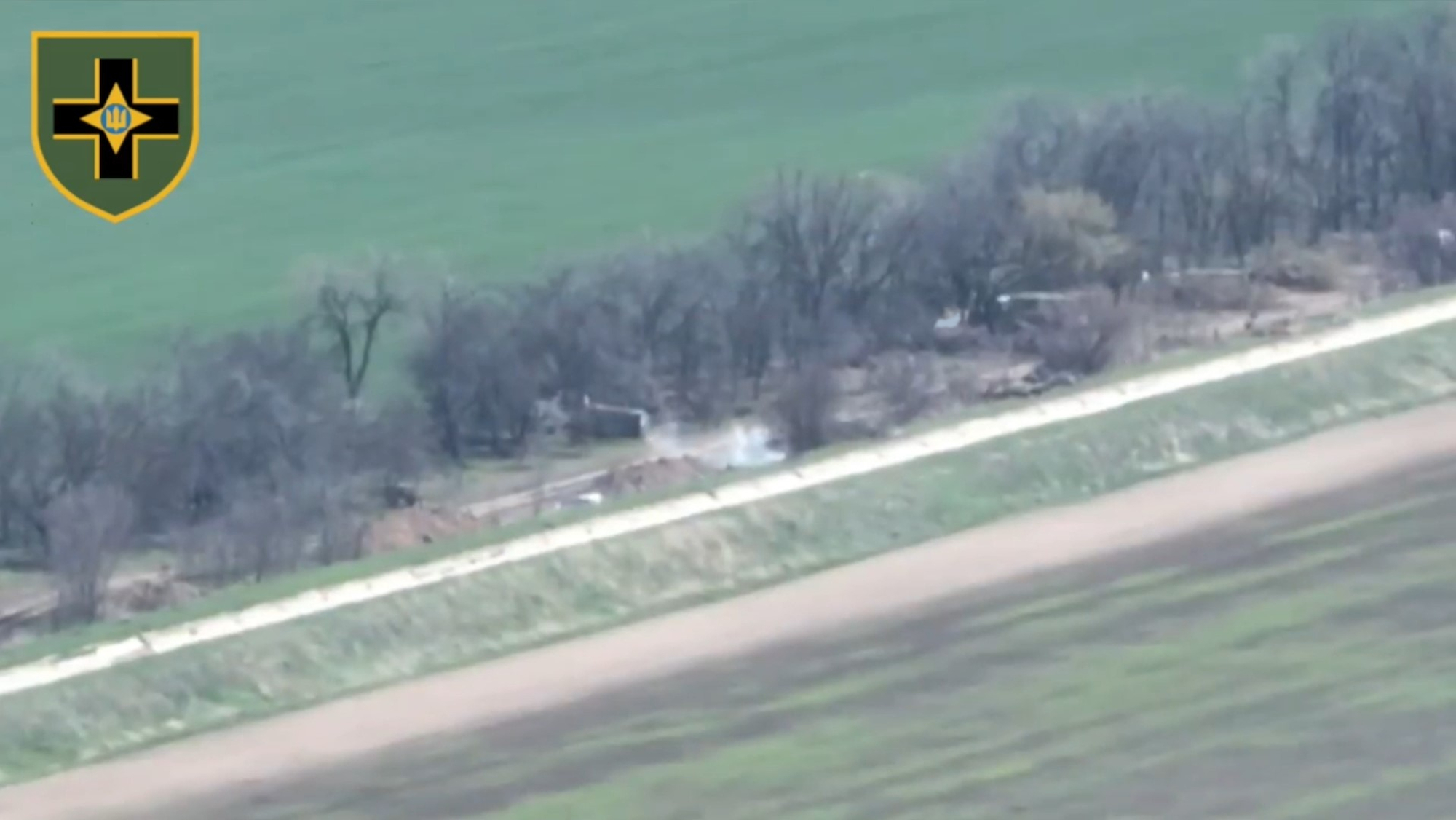 Russian military vehicles and equipment destroyed in huge explosions by the 28 Separate Mechanized Brigade in May 2022. (@28brigade/Zenger)

A Russian military unit was apparently destroyed by Ukrainian artillery after it got discovered hiding in the only cover for miles.

The Russian armor and troops had been holed up on a line of trees surrounded by fields on all sides.

So when a Ukrainian drone came looking for targets, the Russians looked to be sitting ducks.

Video footage of the strike shows a furious fusillade hammered down on the line of vehicles and men within seconds.

At one point a vehicle blew itself to pieces as the ammunition it was carrying apparently exploded.

The 28th Mechanized Brigade, named after the Knights of the First Winter Campaign, a formation of the Ukrainian Ground Forces, boasted that their “eyes are everywhere” and that they are able to take out the enemy from any position.

The Ukrainian brigade stated on May 11: “Trying to hide from our knights, the occupiers forgot two truths: our eyes are everywhere, and our weapons will get them even from the ground.”

From 24th February to 11th May, the total combat losses of Russian troops stand at around 26,350 personnel, according to the General Staff of the Armed Forces of Ukraine.

The latest statistics come as the US House of Representatives agrees to President Joe Biden’s request for extra cash for Ukraine. He said that without the USD 40 billion aid package the fund would run dry, and it was approved yesterday to help Ukraine fight back against Russia in what is now a three-month-old invasion.

Legislators approved the Ukraine bill by 368 votes to 57 and the cash will be used to give military and economic assistance, as well as funding the work of regional allies. The bill now heads to the Senate which is expected to also quickly react before the existing money runs out later this month.