Keepers at Zurich Zoo say two-year-old Tarni has to complete two weeks in quarantine before he can mingle.
By Michael Leidig May 12, 2022
Facebook
Twitter
Linkedin
Email 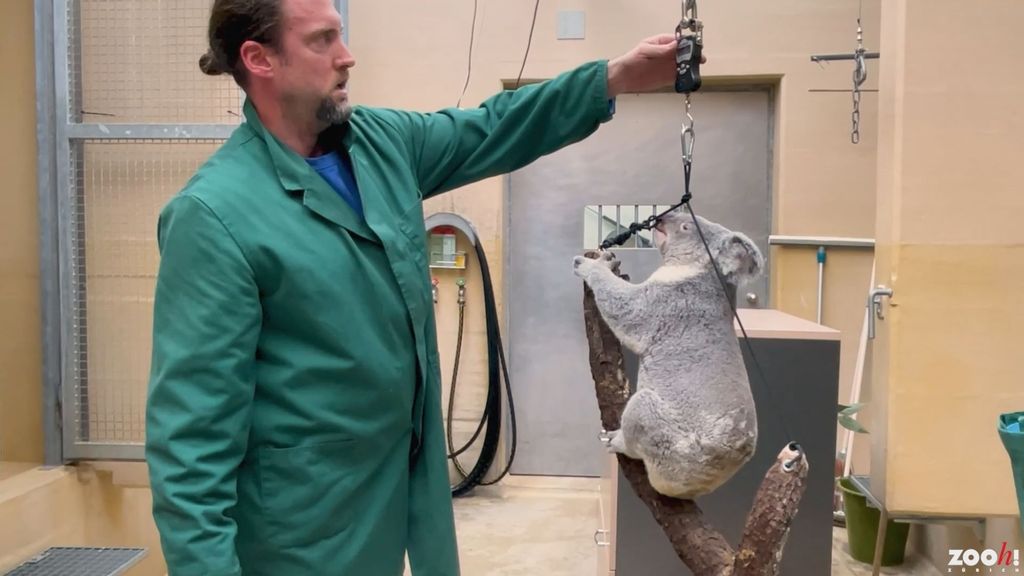 Two-year-old male koala named Tarni who was brought to the Zurich Zoo in Switzerland from the Duisburg Zoo in Germany, to aid the breeding and conservation of koalas listed as 'vulnerable' by the IUCN Red List of Threatened species on 9th May 2022. (Zoo Zurich, Philipp Lederle, Nicole Schnyder, Zoo Duisburg/Zenger)

He may look more cuddly than sexy, but this adorable koala bear is spearheading a new international captive breeding program.

Stud Tarni has been transferred from Germany to a Swiss zoo to boost the numbers of joeys born in Europe.

Video footage of his arrival shows he seems to be relaxed about the pressure of his new role as he relaxes in the branches of a eucalyptus tree.

But he has time to fortify himself before he gets down to business with his female partner, Maisy, who currently shares an enclosure with Uki, another male.

Keepers at Zurich Zoo say two-year-old Tarni has to complete two weeks in quarantine before he can mingle.

He was born at Germany’s Duisburg Zoo and had lived there ever since until his stud duties beckoned.

“We are delighted to welcome him here. According to Duisburg Zoo, Tarni is, quote, ‘an open-minded and curious koala male’.”
.
Since the zoo’s Australia House is currently closed, zoo visitors still have to wait a little longer for their first meeting with Tarni as new plants have been introduced and need to take time to grow.

The reopening of the Australia House is planned for the end of July.

Koalas like Tarni (Phascolarctos cinereus) are originally from Australia. The International Union for Conservation of Nature (IUCN) lists them as “endangered” on the International Red List.

In 2019 to 2020 massive wildfires tore through vast swathes of territory in Australia and an estimated 60,000 koalas were among those affected according to a report by the World Wide Fund for Nature Australia.

The way they were affected included not only death but also injury, trauma, smoke inhalation, heat stress and dehydration, loss of habitat and reduced food supply. They were also more likely to fall prey to predators according to the WWF report.

Listing the numbers of animals affected they wrote: “It’s estimated that 50 million native rats and mice; nearly 40 million possums and gliders; more than 36 million antechinuses, dunnarts, and other insectivorous marsupials; 5.5 million bettongs, bandicoots, quokkas, and potoroos; 5 million kangaroos and wallabies; 5 million bats; 1.1 million wombats; 114,000 echidnas; 61,000 koalas; 19,000 quolls and Tasmanian devils; and 5,000 dingoes were in the path of the flames.”

WWF-Australia CEO Dermot O’Gorman said koalas in NSW and Queensland were in rapid decline before the fires.

“Sixty thousand koalas impacted is a deeply disturbing number for a species already in trouble. That’s why WWF has just announced Koalas Forever – a bold vision to double the number of koalas in eastern Australia by 2050,” he said.

“It’s part of WWF’s Regenerate Australia plan – the largest and most innovative wildlife and landscape regeneration program in Australia’s history.”