Russian troops invaded Ukraine on February 24 in what the Kremlin is calling a "special military operation".
By Lee Bullen May 12, 2022
Facebook
Twitter
Linkedin
Email 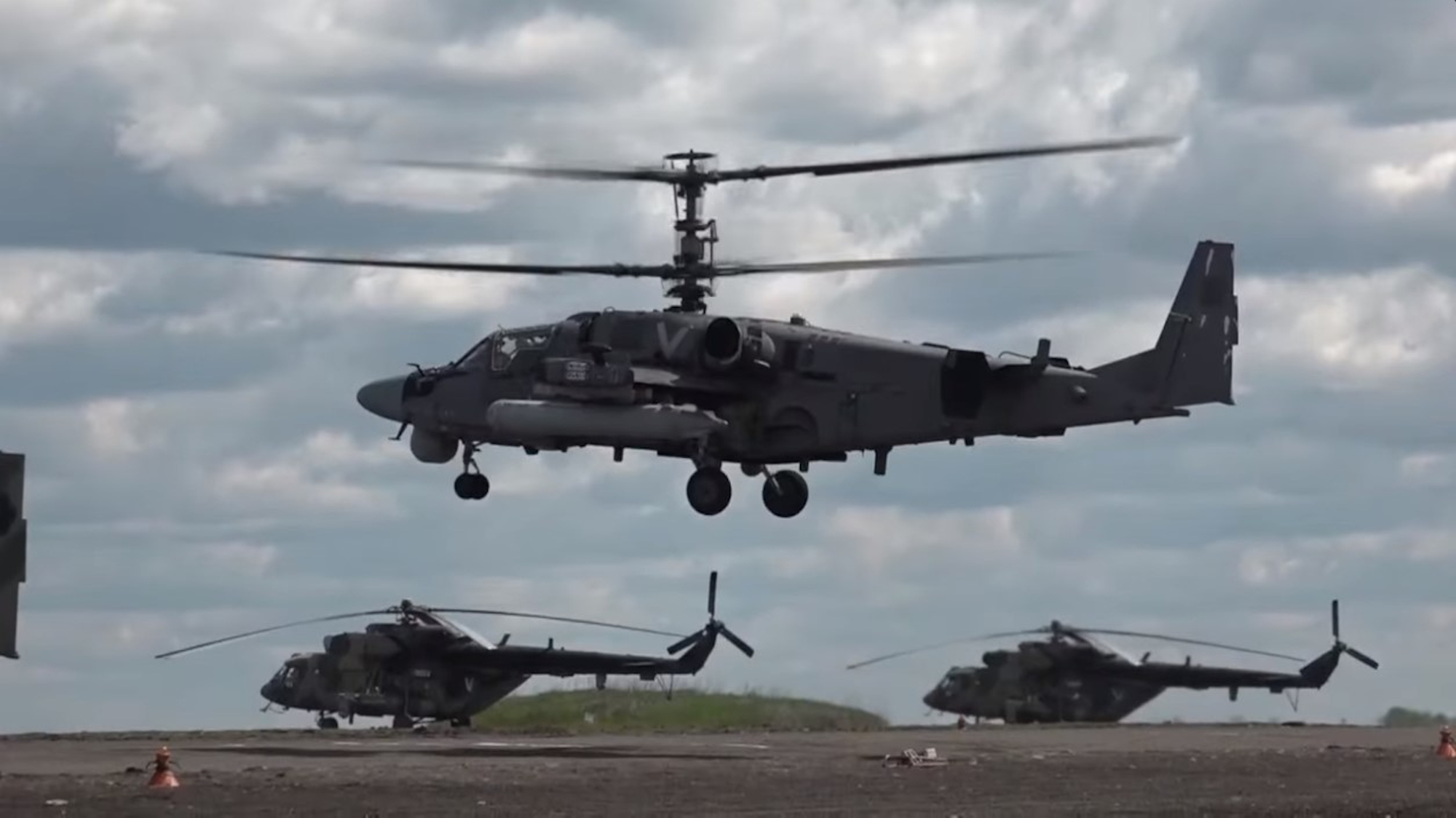 Combat work of the crews of helicopters of the army aviation of the Russian Aerospace Forces in May 2022. (Ministry of Defense of Russia/Zenger).

This is the moment Russian Ka-52 ‘Alligator’ helicopters take to the sky and reportedly destroy Ukrainian ammo depots and armored vehicles.

The Russian Ministry of Defence (MoD) said pilots of the Ka-52 Alligator reconnaissance and attack helicopters destroyed Ukrainian ammunition depots and armored vehicles in an unspecified region of Ukraine.

The combat helicopter is capable of stealthily “sneaking up” on a target outside the range of enemy air defense systems, destroying it, and quickly avoiding possible return fire at maximum speed.

The ‘Alligator’ can attack and defend, providing cover for military columns on the ground and reliable rear support for transport helicopters in the air.

Crew commander Boris said: “We carried out operations to destroy enemy strongholds. We carried out a flight and worked in two pairs, hitting the targets and returning to base.

“Everyone is alive and well. In these conditions, the helicopter is proven to be effective. It allowed us to emerge in front of the forest without alerting the enemy.”

Russian engineer Andrey said: “We are providing special attention to ensure that all helicopters are in full working order.

“After refueling and carrying out an external pre-flight inspection, we then rearm them.”

From February 24 to May 11, the total combat losses of Russian troops stand at around 26,350 personnel, according to the General Staff of the Armed Forces of Ukraine.

The latest statistics come as the US House of Representatives agrees to President Joe Biden’s request for extra cash for Ukraine. He said that without the USD 40 billion aid package the fund would run dry, and it was approved yesterday to help Ukraine fight back against Russia in what is now a three-month-old invasion.

Legislators approved the Ukraine bill by 368 votes to 57 and the cash will be used to give military and economic assistance, as well as funding the work of regional allies. The bill now heads to the Senate which is expected to also quickly react before the existing money runs out later this month.