Zenger News obtained the footage from the Ministry of Defence (MoD) of the Russian Federation on Wednesday, May 11.
By William McGee May 12, 2022
Facebook
Twitter
Linkedin
Email 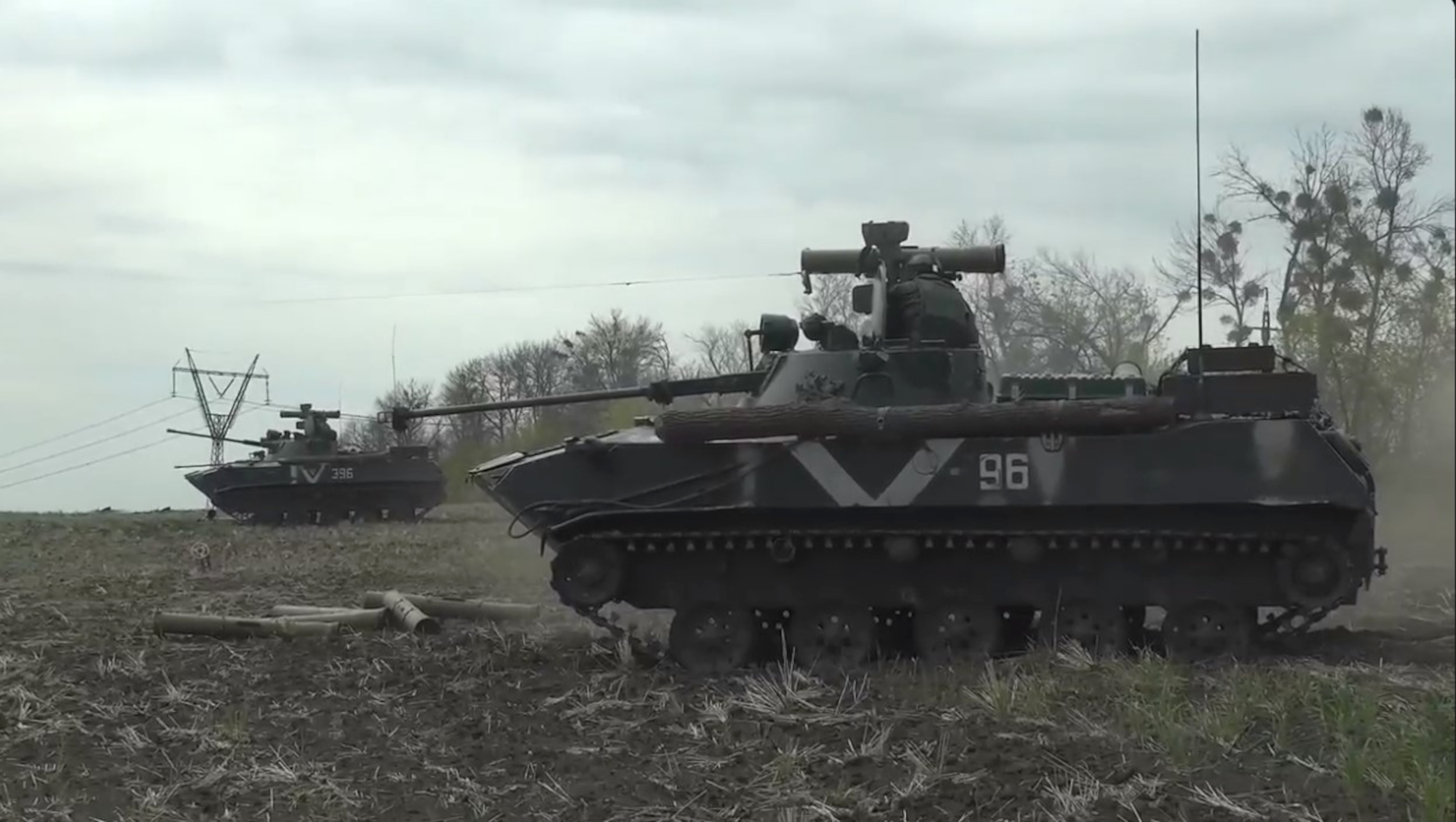 Combat work of the Airborne Forces unit during a special military operation in May 2022. (Ministry of Defense of Russia/Zenger).

This video shows Russian paratroopers discharging a plethora of munitions at unseen targets in a field in Ukraine.

Zenger News obtained the footage from the Ministry of Defence (MoD) of the Russian Federation on Wednesday, May 11.

The Russian MoD titled the video (in Russian): “Combat work of the Airborne Forces unit during the special military operation”.

Zvezda, a Russian state-owned nationwide TV network run by the Russian MoD, said (in Russian): “The Russian Defence Ministry has published footage of the combat work of a unit of the Airborne Forces during the special military operation to protect the republics of Donbass.

“The personnel of the anti-tank unit of the Airborne Forces advanced to a given area and destroyed the firing points of the stronghold of the Armed Forces of Ukraine. The paratroopers suppressed the firing points with fire from anti-tank guided weapons, portable missile systems, grenade launchers, and small arms.”

Russia invaded Ukraine on February 24 in what the Kremlin is now calling a “special military operation” to “protect Donbass”. The invasion is now on its 77th day.

In its latest briefing (today), the Russian MoD said (in English): “The Armed Forces of the Russian Federation continue the special military operation in Ukraine.

“During the night, operational-tactical and army aviation have hit 93 assets, including 2 command posts, 69 areas of manpower and military equipment concentration, as well as 3 ammunition depots of the Ukrainian Armed Forces.

“The attacks have resulted in the elimination of more than 280 nationalists and up to 59 armored and motor vehicles.

“Russian air defense means have shot down 9 Ukrainian unmanned aerial vehicles: 4 near Balakleya in Kharkiv Region, 3 near Rubezhnoe in Lugansk Region, 1 near Snake Island and 1 Bayraktar-TB2 near Arkhangelskoe in Mykolaiv Region overnight.

The update comes as UK Prime Minister Boris Johnson visits Sweden and then Finland to discuss the Russian invasion of Ukraine as the two Nordic countries consider whether to join NATO.

The Kremlin has warned that there will be military consequences if Sweden and Finland, which both border Russia, do join the military alliance. The two nations have long been neutral or non-aligned.

NATO Secretary-General Jens Stoltenberg has previously said that the alliance would welcome both countries with “open arms” and that there would be minimal delay in processing their respective membership bids.

Russian President Vladimir Putin has time and again used the prospect of NATO admitting Ukraine to justify the ongoing invasion of the country.