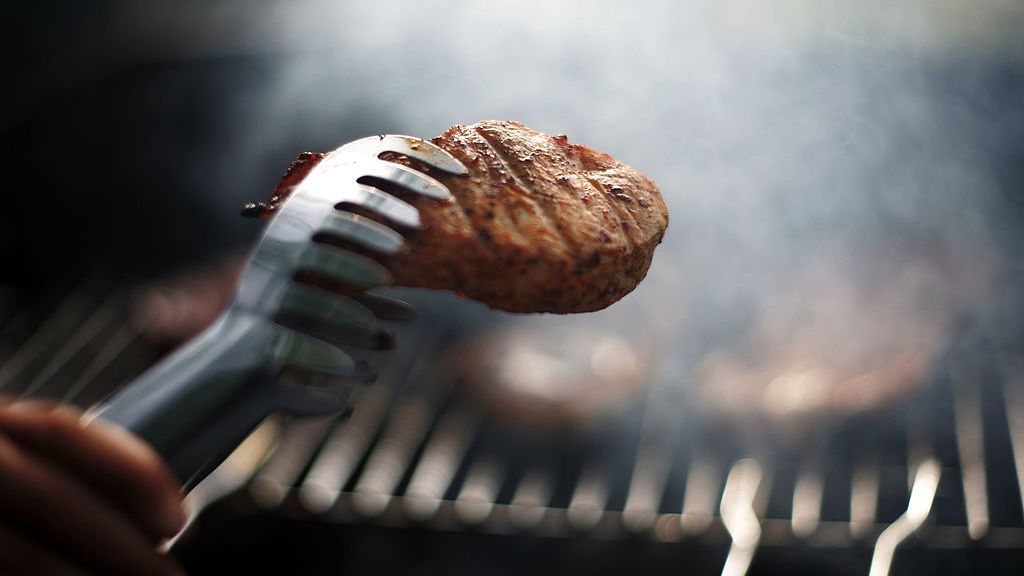 Cooking on a grill can be one of the enjoyable pleasures of warmer weather. Doing so with lemon juice, vinegar or wine can help to reduce potential exposure to dangerous cancer-causing compounds, health experts advise. (Johannes Simon/Getty Images)

Grilling is a good idea any time of the year. But it’s especially a nice option when the weather warms up.

From barbecue ribs and ribeye steaks to snapper and veggie kabobs, tasty meals can be grilled while enjoying the outdoors.

But experts said there are some hidden dangers everyone should know about before firing up the grill.

Research has shown that eating meat that has been cooked on the grill can put a person at a higher risk for colorectal, breast, stomach and pancreatic cancers. According to Karen Collins, a nutrition adviser for the American Institute for Cancer Research, two cancer-causing compounds can form when meat is cooked on a grill: HCAs and PAHs.

HCAs, or heterocyclic amines, develop when animal protein is exposed to intense heat. PAHs, or polycyclic aromatic hydrocarbons, form in smoke and are deposited on meat. Most often, this occurs when fat from meat drips onto charcoal or another heat source, causing smoke to develop.

Collins said it’s not known whether the risk is equal for everyone.

“At this point, inconsistent research suggests that genetic differences may cause some to face a greater risk than others despite the same exposure,” she said, so everyone should take the same precautions for now.

If you can’t fathom putting away the grill, these risks can be mitigated by following a few simple steps.

“Since the HCAs are really a reaction to exposure to intense heat, two different steps can reduce that. One is simply by reducing the temperature,” Collins said.

When meat is cooked to the same degree of doneness at a high temperature — finishing just two minutes faster — the amount of HCAs that form is substantially increased.

“You can cut that simply by cooking just a little bit slower. Cook it on medium instead of cooking it at such a high temperature,” Collins said.

Well-done, blackened meat also has much higher levels of these compounds. So consider limiting the exposure to this intense heat by not cooking animal proteins to super well-done levels.

Acidic marinades and herbs and spices can reduce the formation of HCAs by over 90 percent, according to the American Institute for Cancer Research, so cooking with lemon juice, vinegar or wine can help to reduce potential exposure to these dangerous compounds:

“Considering that this makes things taste delicious and is a great way to make inexpensive foods taste better, that’s a win-win,” Collins said.

“When we grill plant foods, the HCAs that we’re talking about can’t form. That only forms in animal products, so there’s a big difference between grilling a grill full of hotdogs and grilling kabobs that have a little bit of meat and loads of delicious vegetables,” Collins said. “You have to keep it in the big picture.”

“No barbecue should be a meat-only affair. Grilling fruits and veggies is a great way to load up on vitamins and nutrients that help your body fight off diseases like cancer,” echoes the University of Texas MD Anderson Cancer Center.