Bark From The Dead: Sheepdog Who Swallowed Tennis BaIl

Sticken Guss had not eaten for five days but kept trying to vomit until his owners took him to a veterinary medical centre.
By Darko Manevski May 12, 2022
Facebook
Twitter
Linkedin
Email 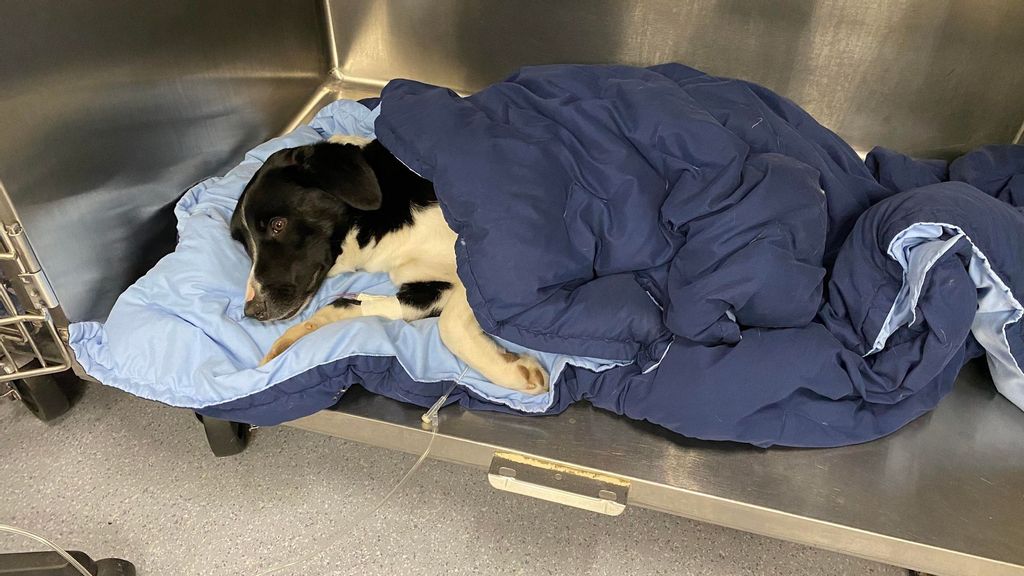 Vets discovered a tennis ball stuck in the stomach of a dog in Idaho, States. (West Valley Humane Society/Zenger)

A playful border collie who swallowed a tennis ball is lucky to be alive after vets found it had burst through his intestine.

Sticken Guss had not eaten for five days but kept trying to vomit until his frantic owners took him to a veterinary medical centre in Caldwell, Idaho state, USA.

“This 4-year-old Border Collie was surrendered due to not eating for five days, and consistently trying to throw up, despite not having eaten anything.

They ent on: “Upon arrival, we knew that we quickly needed to take action. We took X-rays and found that Guss had digested a foreign object.

Vets discovered that the ball had been bursting out of Guss’s intestine as he tried to pass it through his digestive system.

The statement explained: “We went straight to action to do a complex surgery.

“We found that whatever was in there had broken through the intestine twice. We had to remove part of the small intestine that had the obstruction in it.”

The organization continued: “When we dissected the piece of intestine that had been perforated, we realized that it was a chunk of a tennis ball that was swallowed.

“This tennis ball in the small intestine was causing a blockage, not allowing any food to stay down.

“This also made Guss feel like he needed to get it out by trying to throw it up.

“Since it was stuck in there and protruding through his intestine, this became impossible for him, making him lose all interest in eating for 5 days prior to coming in.

“We are so thankful for our medical staff, and their dedication to making all animals happier and healthier. The tennis ball is now out of Guss, and he is recovering quickly!”

The West Valley Humane Society said: “We are so excited for Guss to be able to have a bright future, because of the care our medical staff was able to quickly provide him.

“Medical care for dogs like Guss can be very expensive. With your help and support, we can save more lives, and make a big difference for dogs in need. Consider making a donation to help cover his cost of care and help future animals that rely on our help!”