Zenger News obtained the video from the 59th Motorised Brigade on Tuesday, May 10.
By William McGee May 11, 2022
Facebook
Twitter
Linkedin
Email 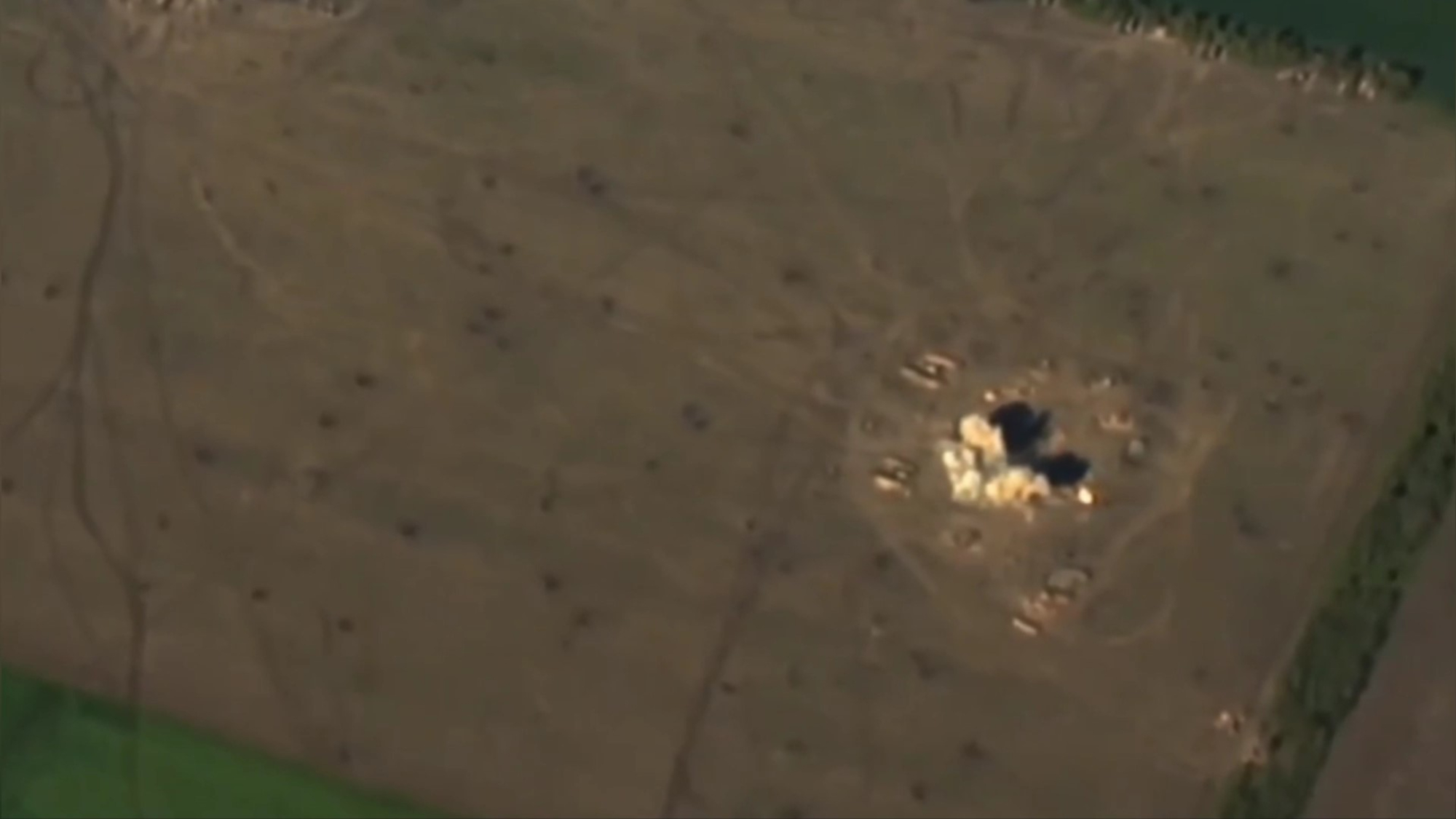 Zenger News obtained the video from the 59th Motorised Brigade – a formation of the Ukrainian Ground Forces – earlier today (Tuesday, May 10).

“This deadly machine – a long-range 152-millimeter howitzer – brought by the Russians to our land to kill Ukrainians, is now lying in a pile of scrap, littering the Ukrainian field. Along with it, several 122-millimeter D-30 installations were distributed by our soldiers.

“Well, the day was productive.

“But the real harvest is still ahead.”

The 59th Motorised Brigade is garrisoned in Haisyn, which is a town in Vinnytsia Oblast, in central Ukraine.

The brigade did not specify where in Ukraine the strikes were filmed.

Russian troops invaded Ukraine on February 24 in what the Kremlin is now calling a “special military operation” to “protect Donbass”. Today marks the 76th day of the invasion.

The footage comes as a shopping center and a depot in the south-western port city of Odessa were hit by Russian missile strikes, reportedly killing one and injuring five.

Ukrainian President Volodymyr Zelenksyy has warned that the Russian blockade of Ukrainian ports on the Black Sea poses a threat to global food supplies.

Meanwhile, Russian forces are conducting “storming operations” at the Azovstal metallurgical plant in the besieged port city of Mariupol in south-eastern Ukraine.

The Ukrainian Deputy Prime Minister has said there are more than 1,000 troops – hundreds of whom are injured – holed up in the steelworks.

And the UN Human Rights Monitoring Mission in Ukraine says it has received reports of rape, forced nudity, and sexual violence following a visit to 14 towns in Kyiv and Chernihiv Oblasts.