One brigade paratrooper said: “Our ancestors, together with the Allies, defeated Nazism, and now we will defeat racism! 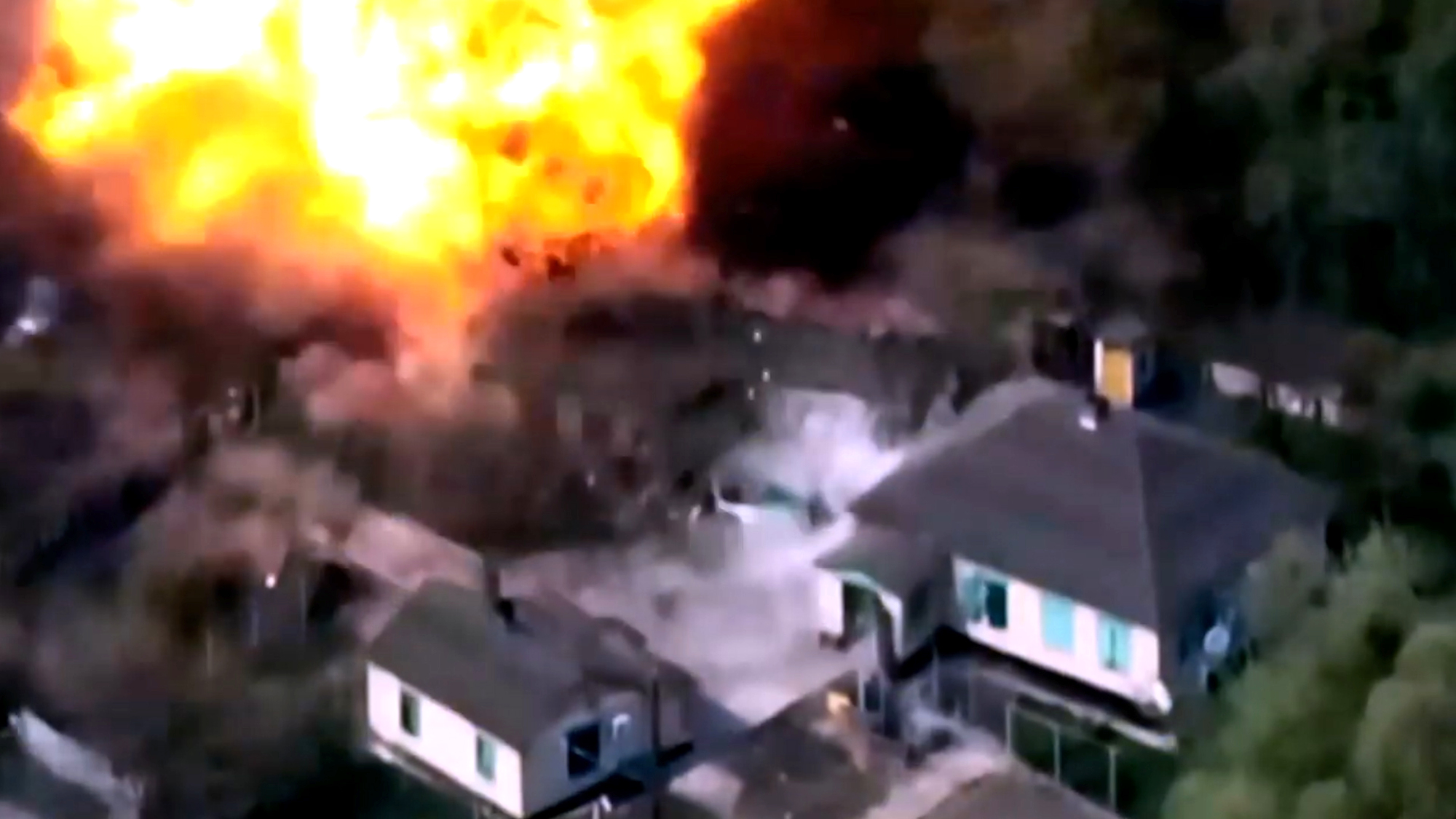 Burning and exploding Russian military vehicles and equipment in May 2022. (@81oaembr/Zenger)

This is the aftermath of a successful bombing campaign by Ukrainian paratroopers on Russian positions.

The 81st Airmobile Brigade of the Ukrainian Air Assault Forces (DShV) said on May 9: “The video shows the result of the successful completion of combat mission by soldiers of our brigade’s reconnaissance and artillery units to destroy equipment and manpower of the Russian occupiers.”

One brigade paratrooper said: “Our ancestors, together with the Allies, defeated Nazism, and now we will defeat racism!

“Today, we are not only defending our homeland, but also the entire democratic people of free Europe from the aggression of Russian invaders.

“We will definitely win! Death to the Russian occupiers! DShV – Always First!”

Russian troops invaded Ukraine on 24th February in what the Kremlin is now calling a “special military operation” to “protect Donbass”. Today marks the 76th day of the campaign.

From 24th February to 10th May, the total combat losses of Russian troops stand at around 26,000 personnel, according to the General Staff of the Armed Forces of Ukraine.

Meanwhile, the southwestern Ukrainian port city of Odesa has been rocked by Russian missile strikes, which hit a shopping centre and a depot, reportedly killing one and injuring five.