The Russian Ministry of Defense claimed the attack took place near the town of Popasnaya.
By Darko Manevski May 11, 2022
Facebook
Twitter
Linkedin
Email 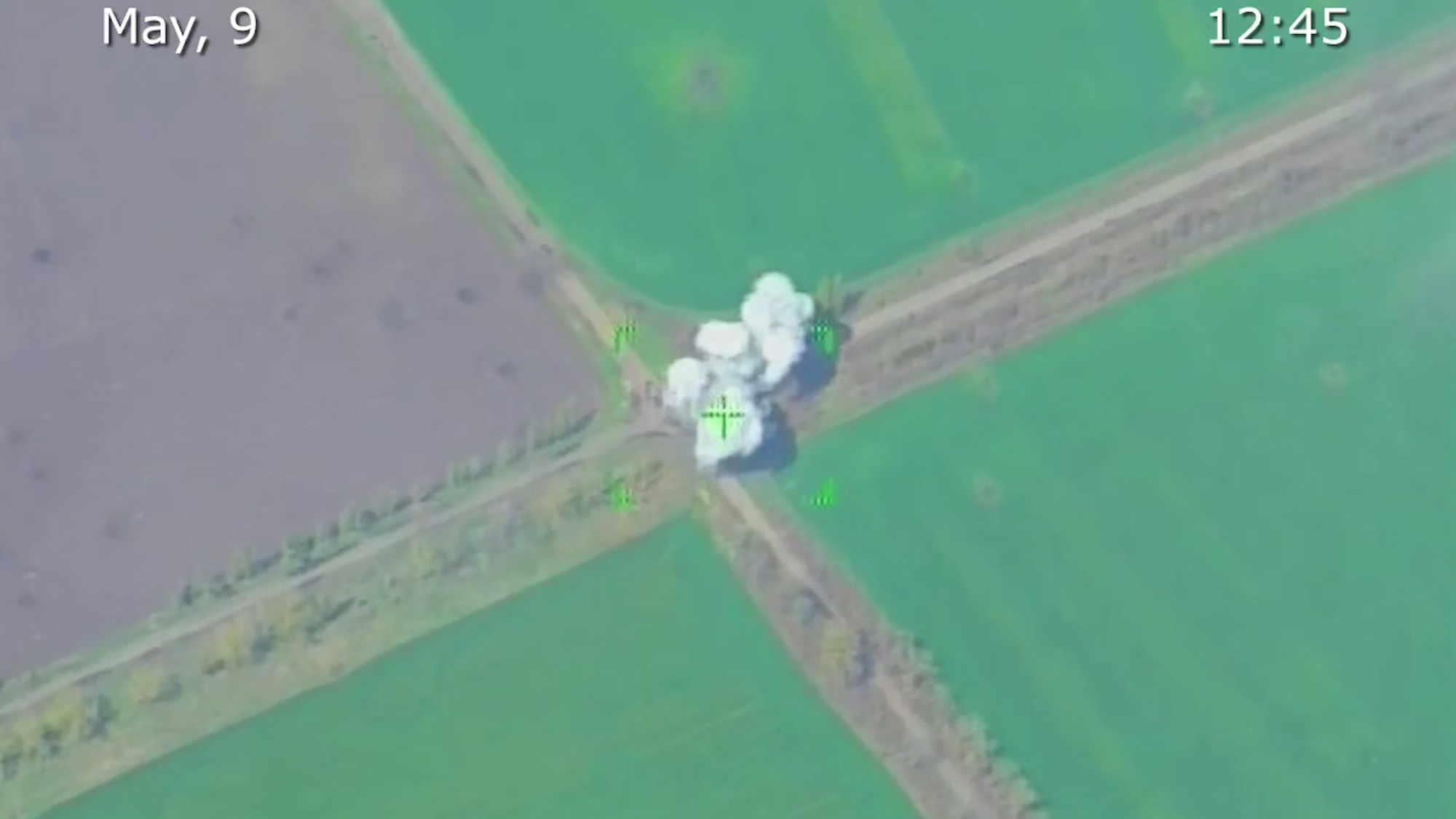 High-precision air-based missiles of the Russian Aerospace Forces destroyed Ukrainian military positions and equipment, in Ukraine on the 9th of May 2022. (Ministry of Defense of Russia/Zenger)

This is the moment the Russian military destroys two Ukrainian command posts and a battery of rocket launchers.

The Russian Ministry of Defense claimed the attack took place near the town of Popasnaya in the easternmost Ukrainian region of Luhansk Oblast.

In the footage, an MoD spokesperson says in English: “The Armed Forces of the Russian Federation continue the special military operation in Ukraine.”

“High-precision air-based missiles of the Russian Aerospace Forces have destroyed two command posts and one Ukrainian battery of… rocket launchers near Popasnaya.”

Russian troops invaded Ukraine on February 24 in what the Kremlin is still calling a “special military operation” to “protect Donbass.” Today marks the 76th day of the campaign.

From February 24 to May 10, the total combat losses of Russian troops stood at around 26,000 personnel, according to the General Staff of the Armed Forces of Ukraine.

The Russian President used his speech to claim that Russian troops in eastern Ukraine were “defending the motherland.” He also said that the “special military operation” was necessary and was provoked by the West.