These 15 little baby sharks born at L'Oceanografic aquarium in Valencia, Spain, are still barely the size of a human forearm.
By Lee Bullen May 11, 2022
Facebook
Twitter
Linkedin
Email 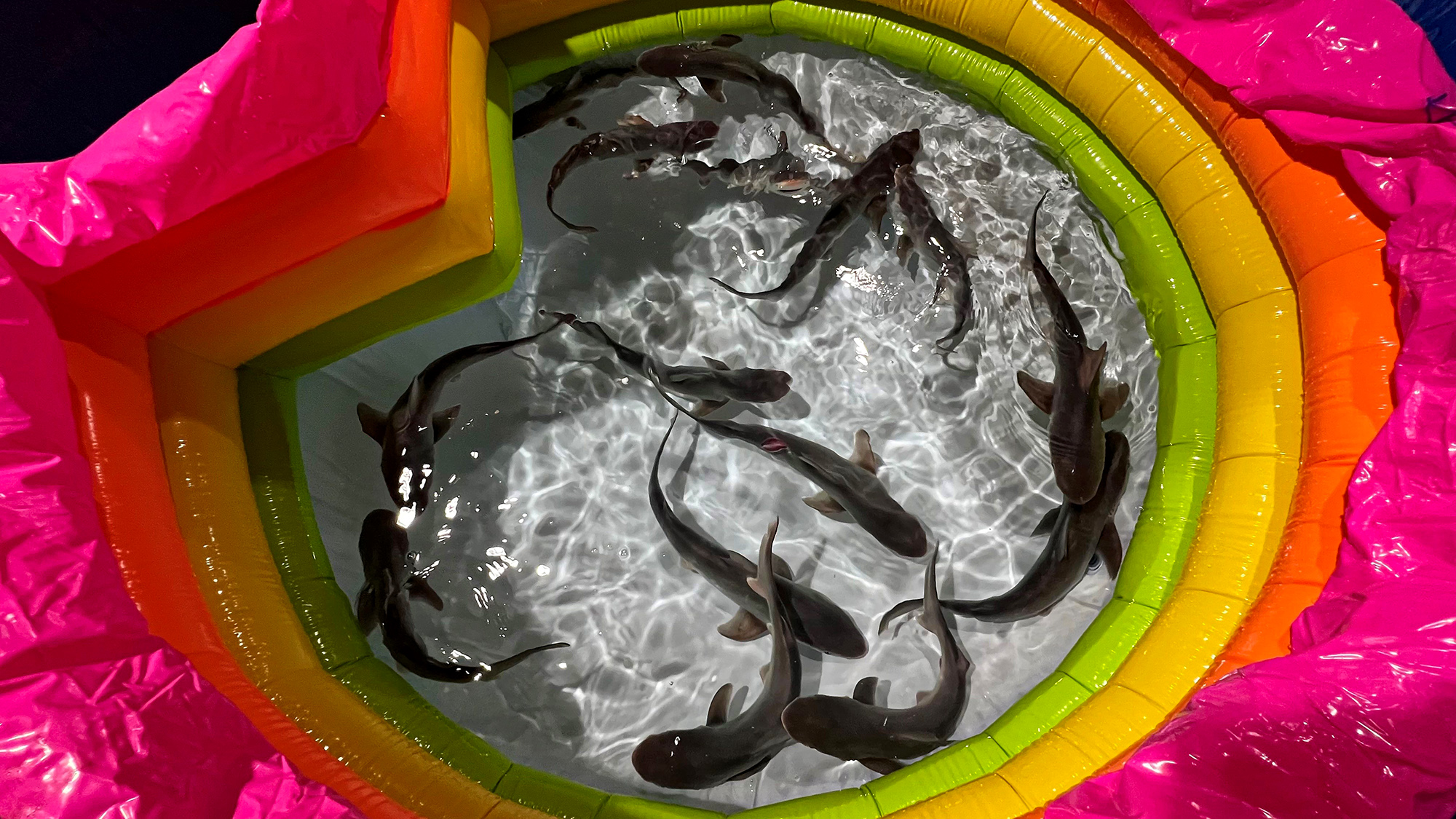 A record-breaking litter of rare Sandbar sharks had to be rescued by aquarium keepers to stop them from being eaten by other predators.

These 15 little baby sharks born at L’Oceanografic aquarium in Valencia, Spain, are still barely the size of a human forearm, but they are essential for the survival of the Sandbar sharks.

So to stop them from becoming another ocean predator’s lunch, keepers scooped up the shark pups to take them to safety.

They also shared a video of the rescued baby sharks in an inflatable swimming pool, with the keepers fishing them out individually to weigh them and check they are healthy.

When adult they are formidable predators and are one of the world’s largest coastal shark species. as seen with the shark mum named Alice – who has been at the aquarium since 2003.

She gave birth last week and measures an impressive 8.2 feet. She also weighs more than 220 pounds.

But the babies were considerably lighter than their mum and needed to be placed in safety to escape the other larger fish.

The nursery of 15 pups is the largest reported in the history of the Valencian aquarium and equals the maximum recorded in other European zoos.

The aquarium said it was a success for their conservation policy. Sandbar sharks are listed as ‘vulnerable’ on the Red List of the International Union for the Conservation of Nature (IUCN).

The conditions in which the animals live at L’Oceanografic, the food they receive, and the assistance of the zookeepers are the perfect formula for pregnancies and births to occur.

The rapid intervention of workers made it possible to protect the hatchlings from being predated by other larger animals that inhabit the aquarium. They had entered the water quickly after detecting the first birth.

After detecting the first birth, urgent control protocols were activated for experts to quickly enter the water and collect the young with a net.

The 15 little ones, eight females and seven males with an average of 19 inches in length and 2.2 pounds in weight are being monitored in the quarantine area.

In the year 2020, a significant birth of eight pups was registered.

Until then, Sandbar shark births had only been recorded on two specific occasions, and those pups were with a very low weight, and from first-time mothers.

The successful birth is a boost for the attempts to conserve numbers. In 2008, the National Marine Fisheries Services banned commercial landings of sandbar sharks, but they still remain listed as vulnerable.