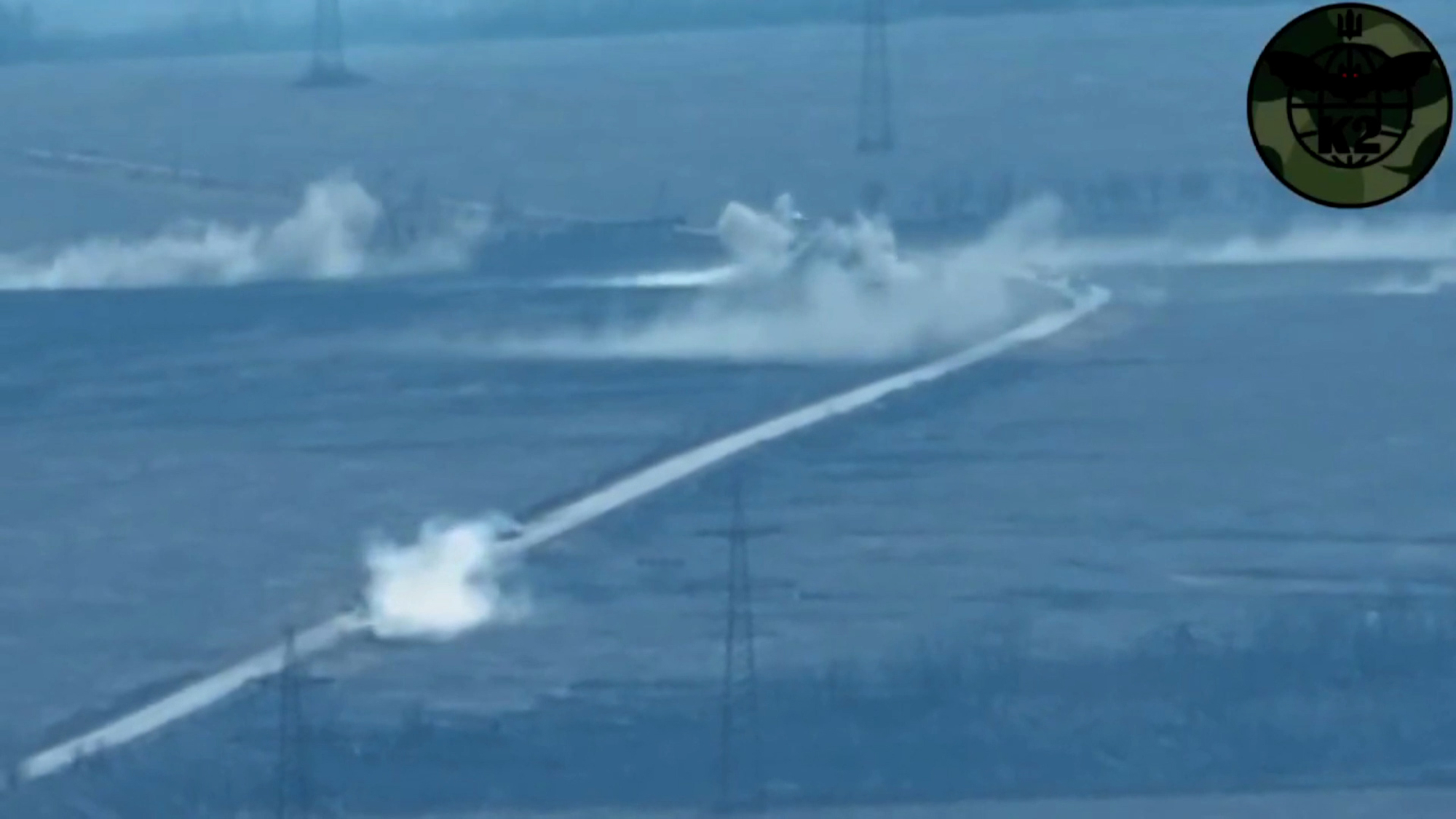 K2 battle group from the 54th brigade of the Armed Forces destroyed a column of Russian equipment in Donetsk region in May 2022. (Battle group K-2 54 OMBr/Zenger).

Ukrainian soldiers have destroyed a column of Russian tanks and armored vehicles on a rural road.

The battle group K2 of the 54th Mechanized Brigade, part of the Ukrainian Ground Forces and Operational Command East, joked that the “tourists” came to the country in “heavy equipment” instead of visiting “to relax.”

The K2 Battle Group said on May 10: “We want to tell and show you a story, dear Ukrainians. It was one spring morning in the territory of our native Ukraine. ‘Tourists’ came to our country, but not to relax, instead to trample on our roads with heavy equipment.”

“However, the ‘tourists’ did not know that the road was made by members of the K2 group with the help of other highly skilled workers.”

“The road was not good quality and the equipment broke down, and in our state, there are no service stations for such vehicles.

“This happens when you visit us without an invitation. Glory to Ukraine!”

Local reports said the attack took place in the eastern Ukrainian region of Donetsk Oblast, adding that K2 soldiers “punished the occupiers for their impudence.”

During the attack, Ukrainian anti-tank sharpshooters seemed to be able to pick off the tanks and armored cars at will.

At some point, one tank can be seen in flames as it tries to get off the road.

Russian troops invaded Ukraine on February 24 in what the Kremlin is still calling a “special military operation” to “protect Donbass.” Today marks the 76th day of the campaign.

From February 24 to May 10, the total combat losses of Russian troops stood at around 26,000 personnel, according to the General Staff of the Armed Forces of Ukraine.

The Russian President used his speech to claim that Russian troops in eastern Ukraine were “defending the motherland.” He also said that the “special military operation” was necessary and was provoked by the West.