Prize Win: Ronaldinho To Take Fans On Tour Of Paris Ahead Of UEFA Champion’s League Final

The tour will stop at Ronaldinho's favorite Parisian neighborhood for a culinary treat, and enjoy a hotel rooftop bar.
By Anamarija Brnjarchevska May 11, 2022
Facebook
Twitter
Linkedin
Email 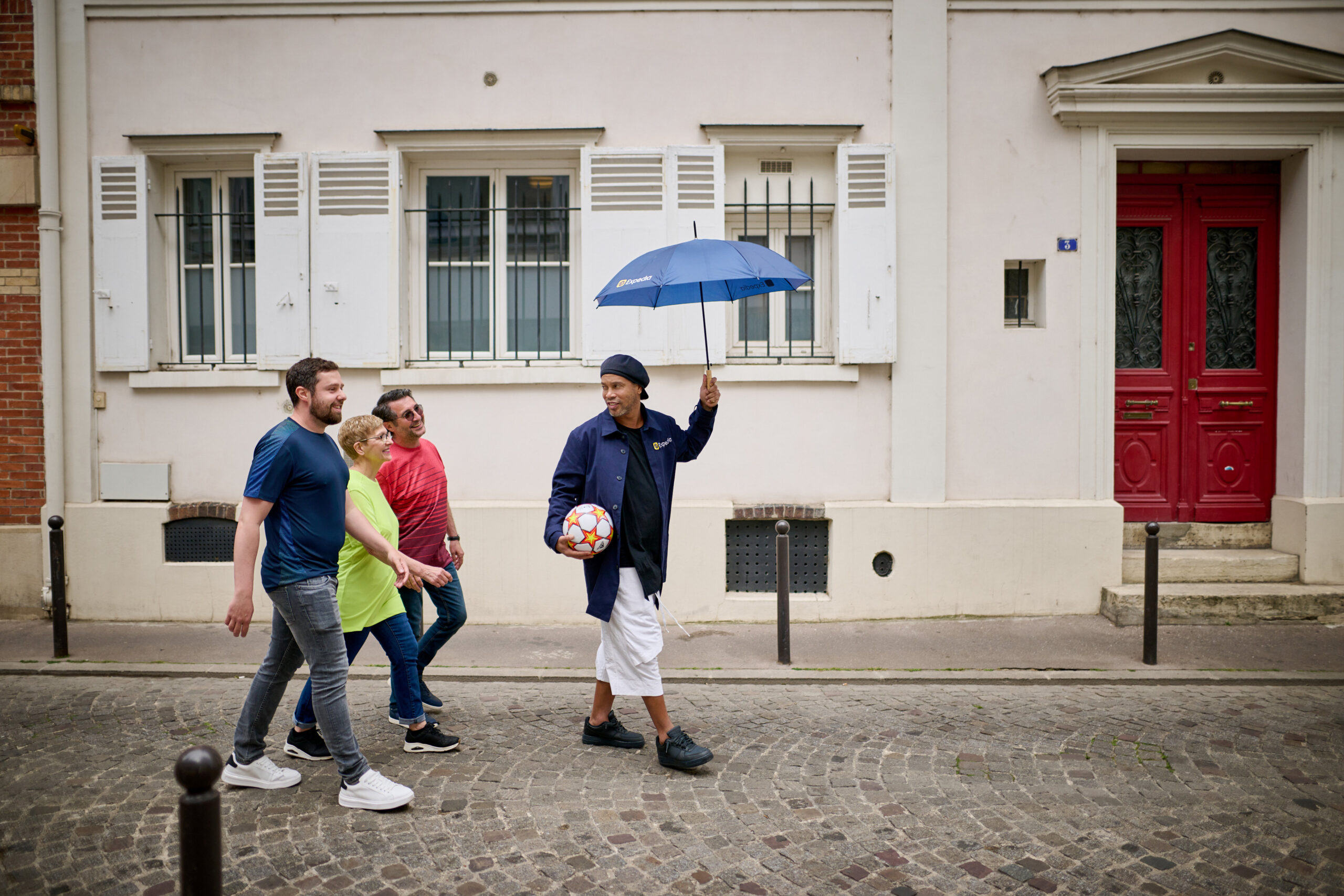 Brazilian football legend Ronaldinho will take four lucky fans on a guided tour of Paris ahead of the UEFA Champion’s League Final.

The superstar, who played in Paris between 2001-2003, will reveal his favorite spots in the city so they can take in some culture before the showpiece event at Saint-Denis’s Stade de France on May 28.

Ronaldinho, famous for scoring a lobbed goal against England in a World Cup Quarter Final in 2002, will host the Route 10 Freestyle Tour [https://www.expedia.co.uk/lp/b/freestyletour], an open-top bus tour for fans to see the famous monuments along the Seine and the Champs Elysée.

The tour will stop at Ronaldinho’s favorite Parisian neighborhood for a culinary treat, and enjoy a hotel rooftop bar to take in the sights of the beautiful city – before enjoying the final itself.

It comes after research of 2,000 football fans, commissioned by Expedia to launch the competition, found that 57 % like to explore a new town or city when visiting for a football match.

Ronaldinho, 42, said: “During my career, I have played in and visited many stunning cities, but Paris has a special place in my heart, it was my first European home.

“I am so excited to be partnering with Expedia for my Route 10 Freestyle Tour, so I can pass on my love and passion for the city and really make sure fans are making the most of their travels outside of the 90 minutes of football.”

Apart from watching football, hitting local bars and clubs is the top attraction of an away day, followed by seeing sights and sampling local cuisine.

One in four (26%) like visiting museums, and 19% enjoy taking selfies with locals like bus drivers and bakers.

Those who have traveled abroad to watch football have been to an average of three different locations following the game.

Nearly one in 10 of these have even been away to as many as eight different foreign locations, for the love of the game.

And 57% said traveling for football makes them feel more ‘cultured’ as they take in new sights and sounds from around the world.

Another quarter reckons they have traveled more in their lifetime so far in the name of football, than on ‘regular’ holidays.

Barcelona was deemed the most ideal city to go watch a football game, picked by 29% – a long way ahead of rival Madrid, which was second with 19%.

Football fans are also desperate to attend a Champion’s League final, with a quarter willing to spend the last precious days of annual leave to attend one, and another 16% up for pulling a sickie.

Marwan Badran, Expedia’s spokesperson, said: “The pandemic left 44% of fans feeling deprived of football, as they’d missed so many live matches over the past couple of years.

“Therefore, we’re not surprised fans are now making up for lost time and embracing football travel opportunities, exploring more, spending more, as they head back to stadiums around the world in their droves.

“We wanted to offer fans this money-can’t-buy experience with one of the world’s greatest ever players, Ronaldinho, so they can really enjoy the city and all it has to offer with our unique Route 10 Freestyle Tour.”