Brut. brings the world’s most famous movie-release event to the digital world via the videogame Fortnite.
By Michelle D. Madsen May 11, 2022
Facebook
Twitter
Linkedin
Email 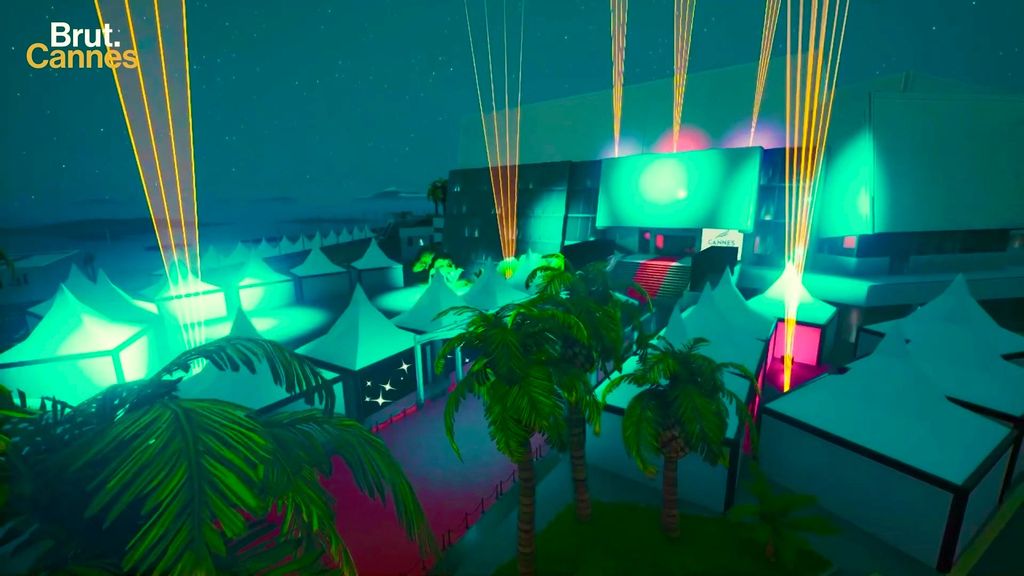 The French festival’s famous backdrop will be recreated digitally in Epic Games’ hit videogame Fortnite. It lets gamers experience the Cannes Film Festival through the eyes of three different characters: a journalist who conducts interviews; an actor who auditions for a major director, participates in a photo call, and walks the red carpet; and a director who has to find the pages for a misplaced script, send them to a producer, and walk the red carpet.

Other quests will be offered, covering more involved topics, such as climate change and diversity in the film business.

The virtual experience is one of Brut.’s many tech-driven efforts aimed at making the Cannes Film Festival more accessible to a broader audience, especially younger demographics.

“It was critical for us to be able to steer the Cannes Film Festival into a format that future generations would recognize. The world’s largest film festival should be accessible to everyone, and videogame platforms are the ideal way to engage with this generation,” said Guillaume Lacroix, co-founder-CEO of Brut., a value-driven app that counts James Murdoch, the heir who left the Fox-News Corp. empire, and François-Henri Pinault, the CEO of Kering, among its supporters.

“Brut. has been honing its expertise in these new formats for months. It’s a logical extension of our dedication to new technology for us. Brut is creating an exciting metaverse in which we will play a key role,” Lacroix said.

With the cooperation of the city of Cannes, Vysena Studio, a renowned French virtual mapmaker, has recreated an exact model of several parts of the environment, including the Croisette, the Palais des Festivals and its famed steps.

The maps will boast the ultra-realistic, Brut.-style visual and audio universe.

Brut. will also host a House of Artists during the Cannes Film Festival, bringing 100 global creators to the Croisette to meet high-profile directors, actors and agents in small groups.

In case you’re unfamiliar with the Metaverse, here’s a definition: It’s a “digital reality that combines aspects of social media, online gaming, augmented reality (AR), virtual reality (VR), and cryptocurrencies to allow users to interact virtually,” according to Investopedia.com.

This year’s Cannes Film Festival runs May 17-28. It previews all genres of movies, from documentaries to blockbusters, submitted by filmmakers worldwide.