VIDEO: Putin On The Blitz: Ukrainian Shelling Destroys Russian Base

Aerial footage of the blitz shows the military tank base after it was shelled by Ukrainian ground forces.
By William McGee May 10, 2022
Facebook
Twitter
Linkedin
Email 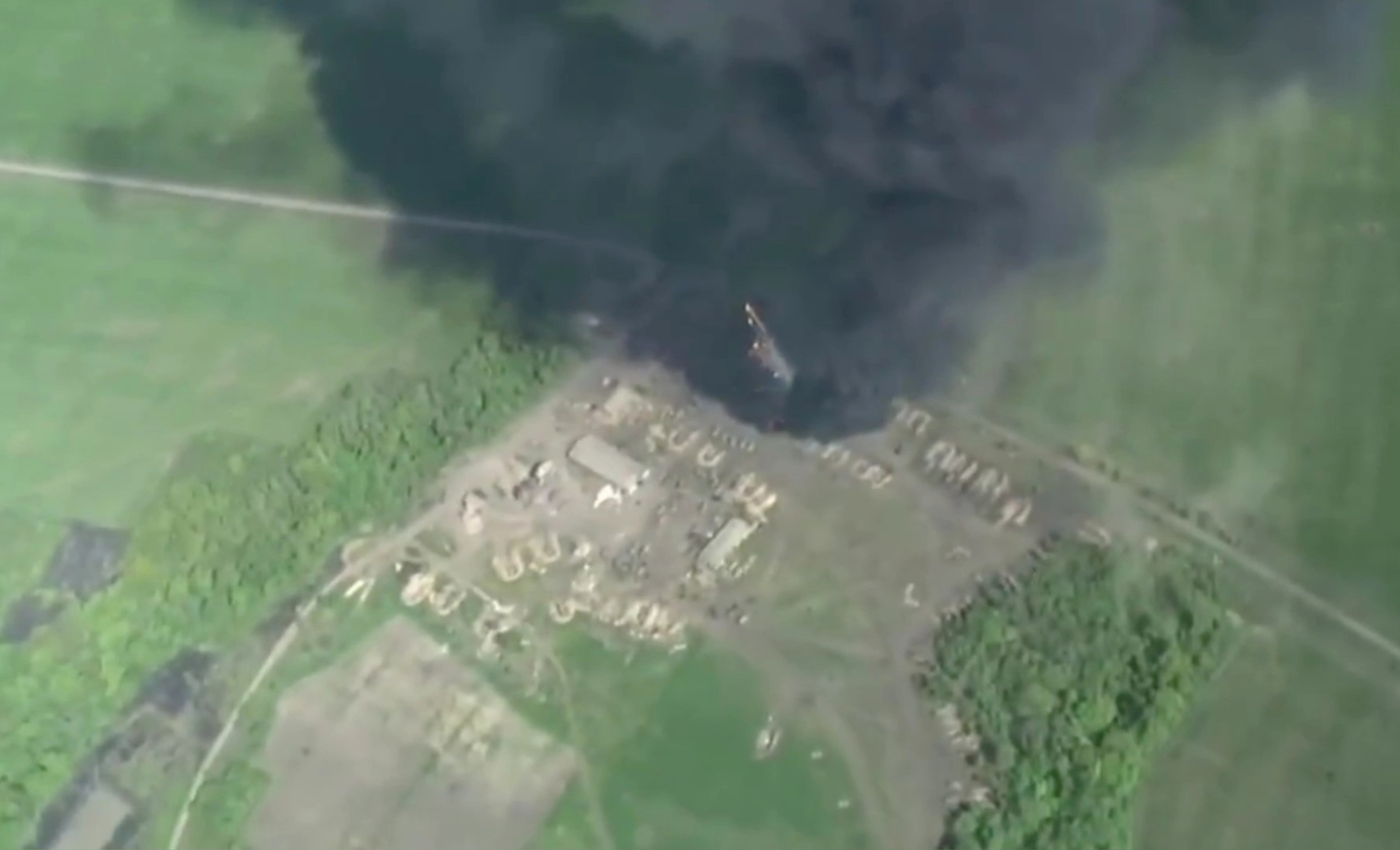 A precision Ukrainian artillery attack turned a Russian base into a deadly fireworks display after the blast triggered live ammunition.

Aerial footage of the blitz shows the military tank base after it was shelled by Ukrainian ground forces.

The video opens with a fire raging on the facility and what looks like a fireworks display as munitions are apparently detonated.

A huge explosion is then seen, with a cloud of thick smoke rising high into the sky.

Zenger News obtained the video from the 14th Separate Mechanised Brigade named after Prince Roman the Great – a mechanized brigade of the Ukrainian Ground Forces – yesterday (Monday, May 9).

The brigade said (in Ukrainian): “To incinerate the enemy in the same way as Princely dragons-gods of war is the highest art! We are creating hell for racist creatures on earth. We can do everything, everywhere, always!”

The brigade is garrisoned in Volodymyr, which is a small city located in Volyn Oblast, in north-western Ukraine. It did not say where in Ukraine the strikes took place.

Russia troops invaded Ukraine on February 24 in what the Kremlin is now calling a “special military operation” to “protect Donbass”. Today marks the 76th day of the invasion.

And Russian forces are now conducting “storming operations” at the Azovstal metallurgical plant in besieged Mariupol, according to the Ukrainian Ministry of Defence, with some 700 wounded soldiers apparently trapped in the steelworks.

And the bodies of 44 civilians have been found amid the rubble of a five-story building in Izium destroyed by Russian forces in March, said a Ukrainian official.