VIDEO: Inferno: Fiery Explosions As Huge Russian Base In Ukraine Is Blitzed With Rocket Fire

Zenger News obtained the video from the Ukrainian Ground Forces (ZSU) on Sunday, 8th May.
By William McGee May 10, 2022
Facebook
Twitter
Linkedin
Email 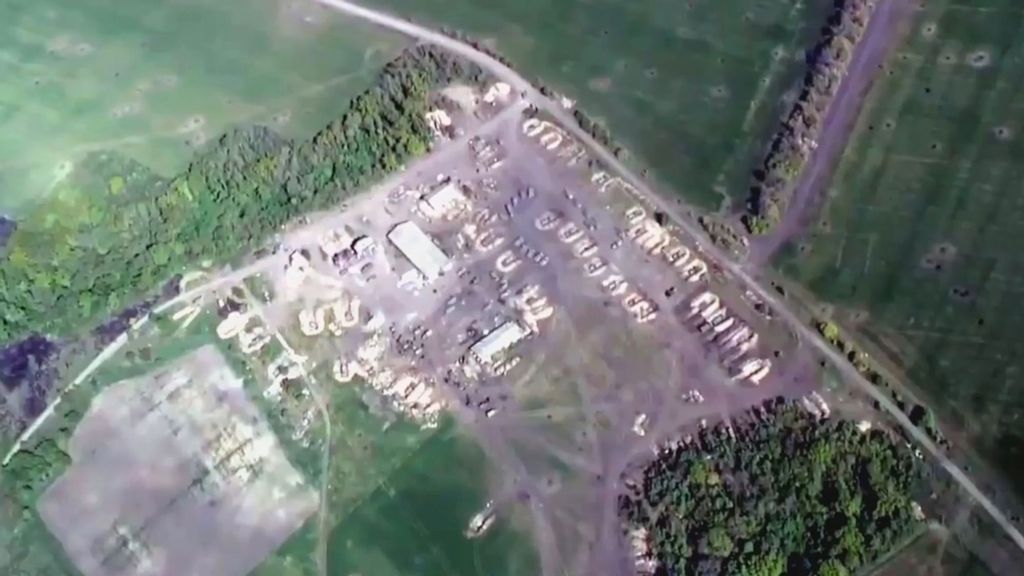 Assault troops and artillery of the Land Forces arranged a new Chornobayivka for the Russians in May 2022. (@UkrainianLandForces/Zenger)

This aerial footage shows fiery explosions taking place one after the other at a massive Russian military camp in Ukraine after it is targeted in a rocket blitz by Ukrainian forces.

The ZSU said (in Ukrainian): “Assault troops and artillery of the Land Forces arranged a new ‘Chornobaivka’ for the occupiers.

“Units of Russian troops were again destroyed at the same place.

“We continue to perform combat missions and destroy the enemies of Ukraine!

“Together with the Land Forces, we are going to victory! Glory to Ukraine!”

The ZSU did not specify where in Ukraine the strikes were carried out.

“Chornobaivka” refers to the village of the same name located in Ukraine’s Kherson Oblast.

The village saw a total of 18 successful attacks on Russian positions by the Ukrainian Armed Forces following a bombing and takeover by the Russian Armed Forces of its airport.

The attacks reportedly resulted in the death of Russian generals Andrey Mordvichev on 18th March and Yakov Rezantsev on 24th March.