The daring raid took place on Snake Island belonging to Ukraine in the Black Sea near the Danube Delta.
By Lee Bullen May 10, 2022
Facebook
Twitter
Linkedin
Email 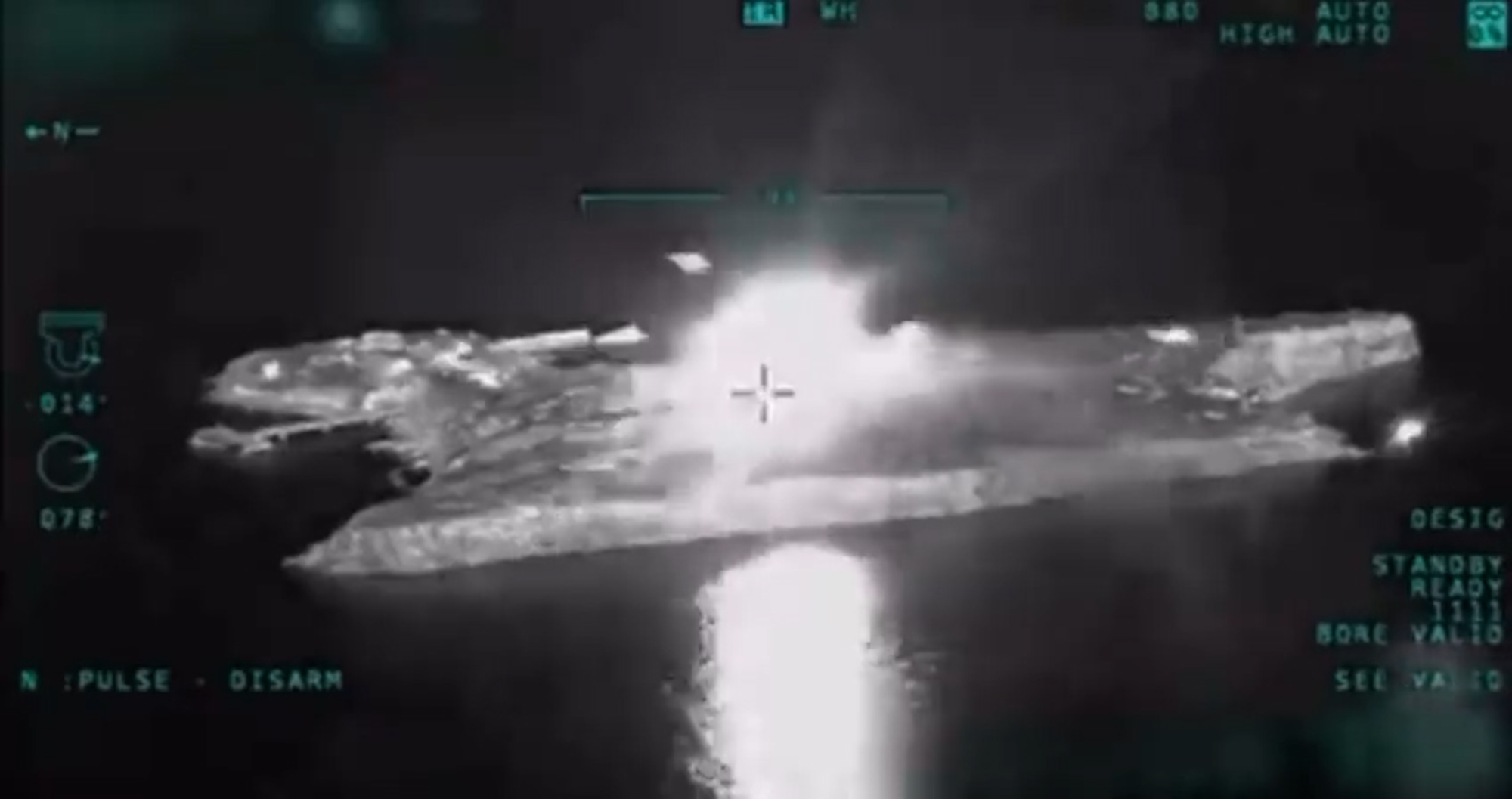 Description: The Ukrainian Armed Forces are beating the Russians on Snake Island in May 2022. (@GeneralStaffZSU/Zenger)

This is the moment bombs rain down on Snake Island in the Black Sea as Ukrainian fighter jets claim to obliterate several Russian targets.

The daring raid took place on Snake Island, also known as Serpent and Zmiinyi Island, belonging to Ukraine in the Black Sea near the Danube Delta.

The General Staff of the Armed Forces said on 8th May: “Two videos at once in the continuation of the series about the ‘troubles’ of the Russians on Snake Island.”

For over a week, Ukraine’s propeller-driven Bayraktar TB-2 armed drones have been carrying out a relentless campaign over the small 110-acre island.

The satellite-controlled UAVs (Unmanned Aerial Vehicles), boasting 14-lb missiles, have destroyed at least three air-defence systems, two patrol boats, a landing craft, and a helicopter, according to the Ukrainian military.

The fighter jets flew at low altitude to the southern side of Snake Island and hit at least three buildings. A subsequent series of explosions suggested an ammunition depot or fuel storage facility was successfully destroyed.

Russia invaded Ukraine on 24th February in what the Kremlin called a “special military operation”. Today marks the 75th day of the campaign.

The update of alleged losses comes as Vladimir Putin addresses a huge military parade in Red Square in Moscow on Victory Day.

The Russian President used his speech to claim Russian troops in eastern Ukraine were “defending the motherland”. He also said the “special military operation” in Ukraine was necessary and was provoked by the West.