Zenger News obtained the footage from the State Emergency Service (SES) of Ukraine on Sunday, May 8. 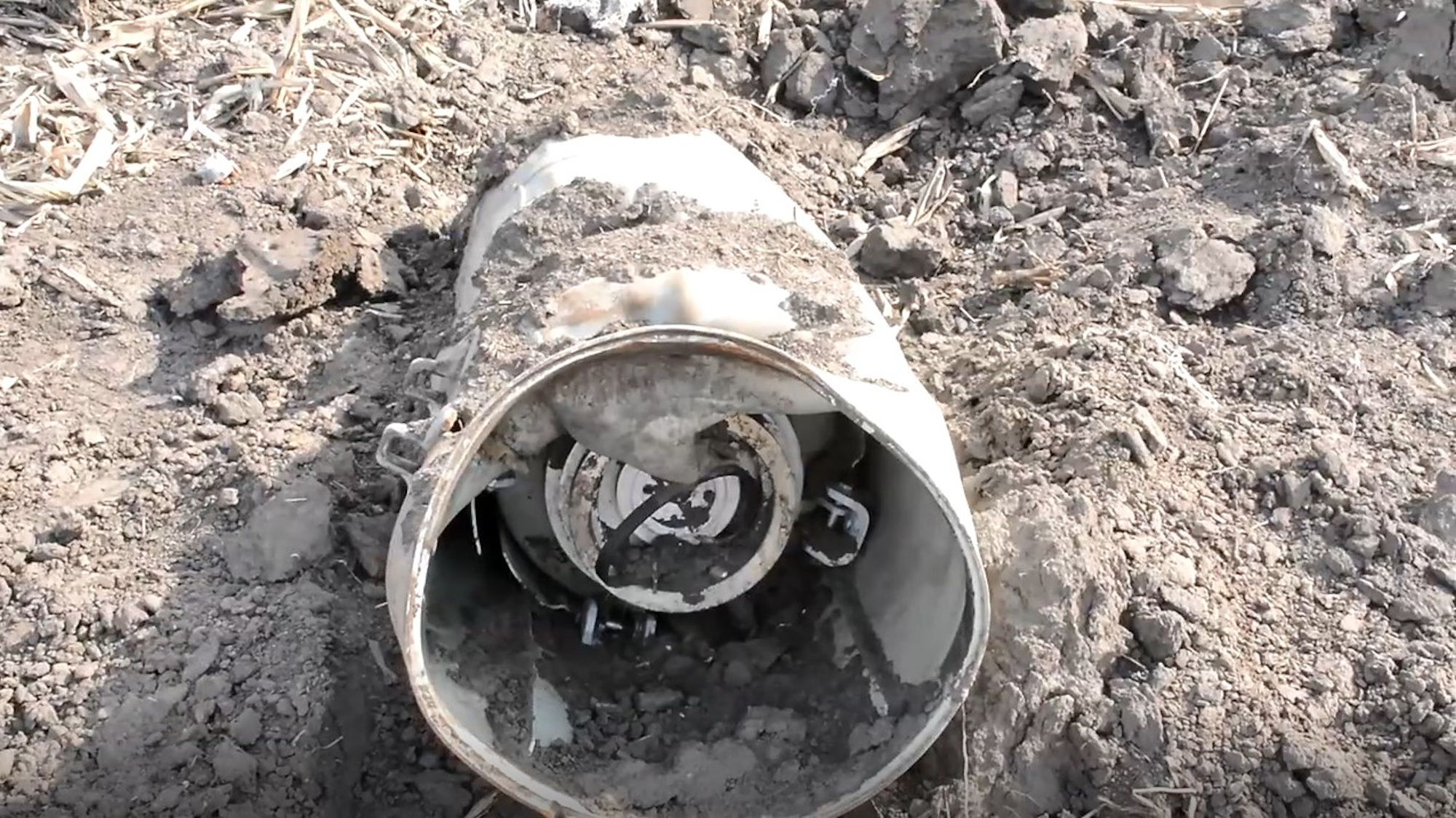 Pyrotechnics neutralized a Russian FAB-500 air bomb In the Brovary district of Kyiv region in Ukraine on the 8th of May 2022. (SES of Ukraine/Zenger).

Zenger News obtained the footage from the State Emergency Service (SES) of Ukraine yesterday (Sunday, May 8).

The SES of Ukraine also claimed the clear-up work included undetonated mines, saying: “The village of Bervytsia and the village of Peremoha in Brovary district in Kyiv Oblast. The occupiers left many mines and shells here after their infamous stay.

“Pyrotechnicians from different regions of our country worked every day to clear these areas of enemy ammunition. Among other things, the FAB-500 bomb was seized. Yesterday, the deadly finds were destroyed by a controlled blast.”

The Soviet-designed FAB-500 is a 500-kilogram (1,102-lb) general-purpose air-dropped bomb with a high-explosive warhead, primarily used by the Russian Air Force.

In the footage, the FAB-500 that was destroyed appears to have been dropped but not to have detonated, as it appears battered.

The bomb is unguided, features a single nose fuse, and is compatible with most models of Soviet aircraft.

Russian forces withdrew from around the Ukrainian capital Kyiv and surrounding regions to Belarus and western Russia in early April.

They reportedly did so in order to refocus efforts on taking control of the east and south of Ukraine.

The SES is tasked with carrying out state policy in spheres including civil defense and rescue.