Smart Heart: Man, 60, Found Out He Had Heart Condition After Trying On Smartwatch 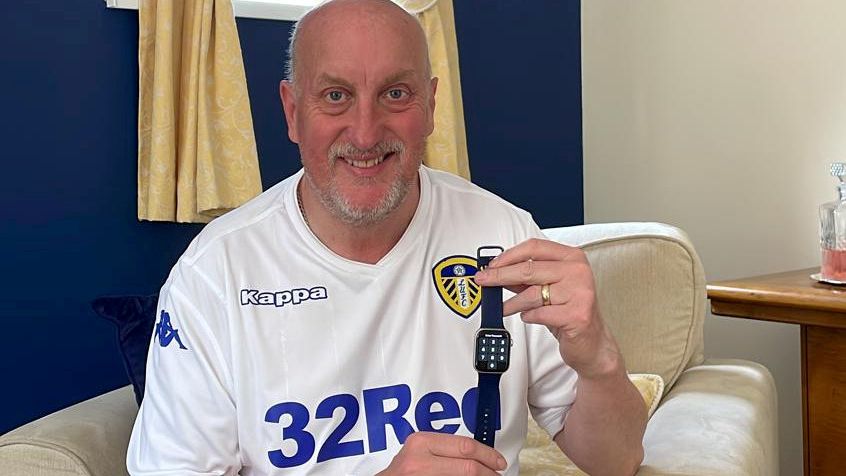 A retired retail manager was stunned to discover he had a life-changing heart condition - after trying on a friend’s smartwatch. (Matthew Newby/Zenger)

A retired retail manager was stunned to discover he had a life-changing heart condition – after trying on a friend’s smartwatch.

Football fan Gary Hanson, 60, had experienced a racing heartbeat for several years but blamed it on being “really nervous” about watching his team, Leeds United, play.

However, when a friend asked him to try on his news smartwatch, he was surprised to see that the device told him to “consult your doctor”.

And, following tests at his local hospital, the married grandfather was diagnosed with atrial fibrillation (AF), a “dangerous” heart condition which is a major cause of strokes.

Instances of the potentially fatal condition have increased by 72 % over the past two decades, but many people such as Gary are living with the issue without even knowing it.

He has now advised others with worries to consider getting a smartwatch after he was forced to take four different types of medicines to calm his irregular palpitations.

He said: “If you buy a smartwatch, that’s the end of the game – it tells you what is happening.

“Within 30 seconds, it will tell me what my heart is doing.

“Of course, if your heart is fluttering on a regular basis, the cheaper option is to go to your doctor.”

He added: “I don’t want to be a promoter for the smartwatches but, at the same time, I wouldn’t be without one now if I’m honest.”

The former Tesco store manager, from Worksop, Notts., said he first began to feel that his heart was beating faster than normal during his mid-50s.

He explained: “It just felt like I was really, really nervous all the time because my heart was sort of pumping away as fast as it could.

“It’s just a strange feeling, and in my particular case, it can go on for three to nine days and then go back to sinus rhythm, which is obviously the normal everyday thing.

“I think that was the problem previously – that I didn’t connect the two. My heart is alright one minute, and then a couple of days later, it’s not.”

Gary said he previously believed the condition was caused by the stress of watching Leeds United play football every weekend.

But by chance, when he decided to try on his friend’s smartwatch for the first time in October 2020, it told him to seek immediate medical assistance.

He said: “I thought I was just being nervous and anxious, mainly from watching Leeds if I’m honest. 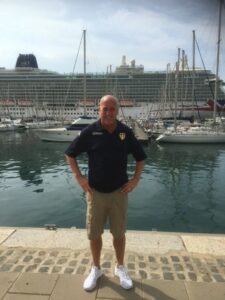 A retired retail manager was stunned to discover he had a life-changing heart condition – after trying on a friend’s smartwatch. (Matthew Newby/Zenger)

“But when I went for a lunch with one of my ex-colleagues, he said, “I’ve got my smartwatch, let’s just see how your heart’s doing.”

“The smartwatch said, ‘no reading’, so we tried it again, and it said the same. And in the end, it said it couldn’t get a good reading, so ‘you need to consult your doctor.’”

When Gary went along to his GP, he told them what had happened and then underwent a series of tests.

And to his shock, specialists confirmed that he had atrial fibrillation (AF).

He said: “I’ve only just turned 60, and I’ve probably had this condition since my mid-50s.

“I also don’t smoke, and I never have. I sound quite boring, but I don’t even drink that much anymore, so it was quite a shock.”

New research conducted at Leeds’ School of Medicine shows that those with AF now outstrip the combined tally of people who have the four most common types of cancer.

He said: “The sheer rise in the number of people now living with AF is staggering, and yet on top of this, many more people will be unaware that they also have this hidden stroke risk in their heart.” 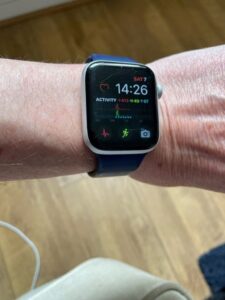 A retired retail manager was stunned to discover he had a life-changing heart condition – after trying on a friend’s smartwatch. (Matthew Newby/Zenger)

Gary is now awaiting an operation, which he hopes will stop his heart from fluttering so regularly.

But he says he has “learned to live” with the increased risk of a stroke he now faces and is grateful that he managed to spot the disease before it was too late.

“I don’t particularly like it when I’m in AF, and I’d certainly like not to be. I’m probably a little blasé with it.

“I have to take three or four different types of medication, one to slow my heart rate down.

“But the drugs that I take definitely help, and without that, I probably would be in serious trouble.”