Wendy hopes a prosthetic hairpiece will help her to get her “confidence back”.
By Anamarija Brnjarchevska May 10, 2022
Facebook
Twitter
Linkedin
Email 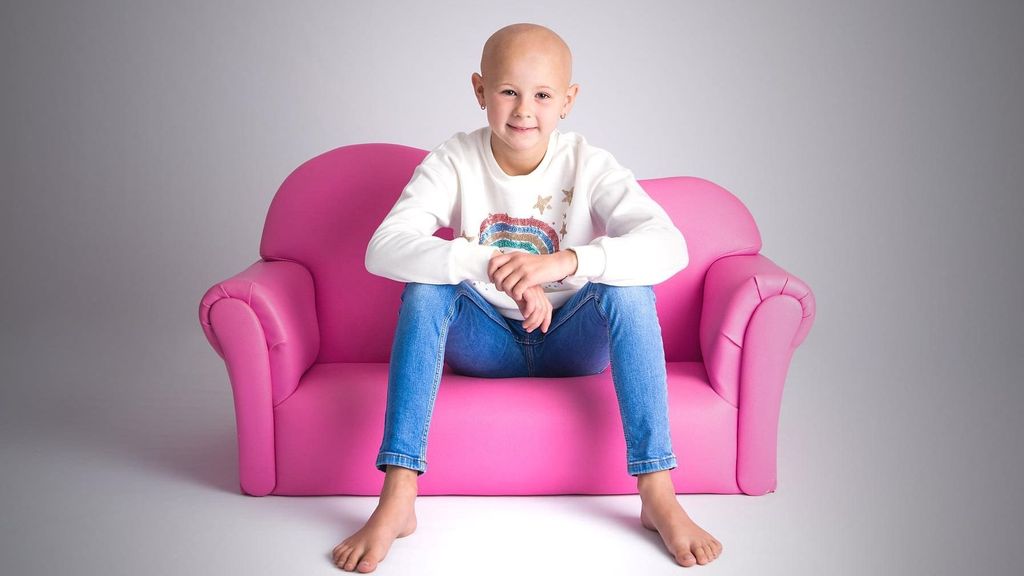 A schoolgirl bullying victim hopes to raise enough money for a “life-changing” hair loss treatment – after she went completely bald due to relentless abuse.

Bonnie Pullan, 10, began losing her luscious locks three years ago after classmates at her primary school reduced her to tears every single day.

Doctors later diagnosed the poor girl with alopecia, a sometimes-permanent hair loss disease, which was brought on by the stress of her daily school experiences.

And while Bonnie’s mum, Wendy, 38, managed to halt this constant harassment, her hair failed to grow back due to her ongoing issues with anxiety.

Now, Wendy hopes a prosthetic hairpiece will help her to get her “confidence back” after a local clinic offered to help her find the $6,000 that she needs for it.

The hairpiece, which will be created from a 3D mold of Bonnie’s head, can stay in place for two years after it’s sealed in place using long-lasting adhesive.

Wendy said: “Her hair loss has created so many mental health issues for Bonnie, and now she doesn’t like herself in her own body.

“So having this will be a life-changing experience and give her the confidence she needs and deserves.”

She said: “She would come back crying every day from school, and that’s when we noticed hair missing from her head.

“Then we were told it was caused by alopecia, which was linked to the stress that she was going through at the time.

“It got to the point where she wasn’t really eating, and I could see it was affecting her a lot, so I did go into the school, and they dealt with it really well, and it stopped.”

During the lockdown, when kids were banned from going into school, Wendy said she was delighted to see Bonnie’s hair growing back.

But as soon as the government allowed kids back into classrooms, Bonnie’s stress and anxiety returned, and she sadly lost all her hair once again.

Wendy said: “When Bonnie was in lockdown and the school closed for six months, and she was at home for the full six months, it actually started to grow back, her hair.

“That was a result of not being at school and not having that stress of being bullied.

“But two weeks before she went back, the thought of going in again led it to completely fall out again, and since that point, she’s had no hair whatsoever.

Wendy said Bonnie’s mental health has begun to “spiral” following her hair loss as she has grown older.

She said: “It caused her mental health to completely spiral, and it got to the point where she wasn’t really eating.

“And because of the hair loss, it’s created so many mental health issues for her – body image is the main one.

“She doesn’t like herself in her own body, and she’ll say things like, “My friends are pretty, I’m not pretty.”

“And she won’t go swimming with the school because she won’t let anybody see her in a costume.

“The only thing we can do is be strong for her and tell her how beautiful she is, and to us she is anyway – hair or no hair.”

Wendy learned about options for non-surgical treatments after Yorkshire Hair Clinic, in Huddersfield, helped another little girl with alopecia.

The bespoke product, called a “CNC” medical hair replacement system, fits onto the top of people’s heads, making it very hard to tell that it’s a prosthetic.

Hayley Jennings, 42, co-owner of Yorkshire Hair Clinic, said: “Each hair replacement system is designed to fit like a contact lens, so each system is individual.”

“It’s made in our lab in Italy, and we hold a license in the UK for it.”

The clinic has volunteered to help Bonnie raise the $6,000 needed for the procedure by organizing sponsored events over the next few months.

Wendy said it would make a world of difference if Bonnie could once again have a full head of hair, especially as she goes into high school next year.

She said: “Bonnie has been really strong for the last three years, but now she’s turning 11, and the hormones are kicking in and with everything around body image, it’s where the struggles have hit.

“Over the last few months, in particular, she’s found it very difficult, so it really would be life-changing for her.”

Donations for Bonnie’s hair procedure are being accepted here: https://www.gofundme.com/f/little-hair-loss-miracles?utm_campaign=p_cp+s…

«Previous Post
Smart Heart: Man, 60, Found Out He Had Heart Condition After Trying On Smartwatch»Next Post
Bark From The Dead: Sheepdog Who Swallowed Tennis BaIl