Rat-Aclysm: Black Death Only Spread Because Man Was Too Close To Rats, Says Study

Black rats spread out in Europe and proliferated until the 18th century.
By Martin M Barillas May 10, 2022
Facebook
Twitter
Linkedin
Email 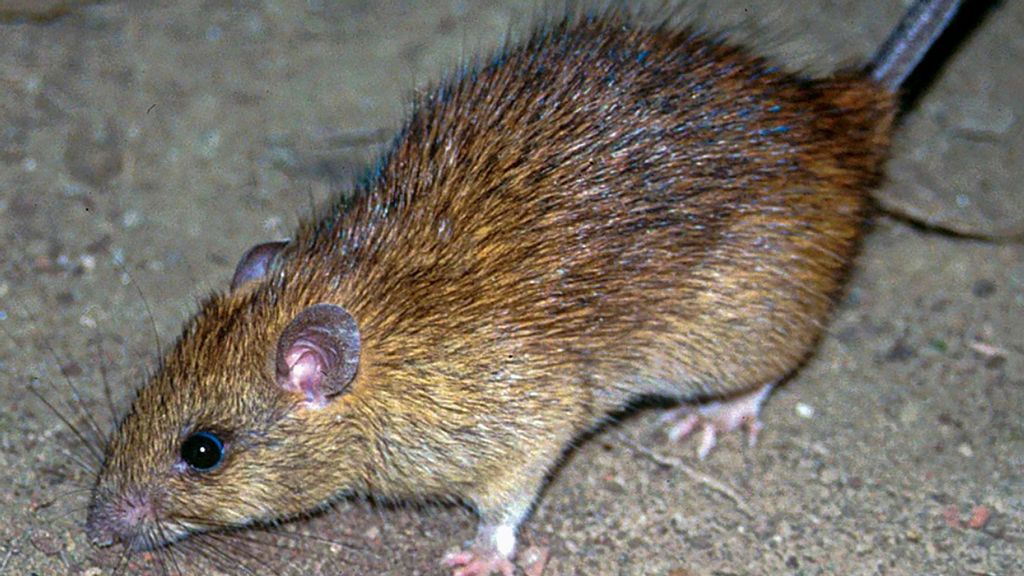 The Black Rat (Rattus rattus) which is one of the most common of the world’s 56 Rattus species, and is also known as the house, roof or ship rat. It is found throughout Africa, Asia, Australia, Europe and the Americas. (division, CSIRO/Zenger)

The Black Death was only possible because human civilization had become advanced enough to allow rats to survive and flourish, according to the first study of the ancient genes of the black rat.

Rattus rattus, otherwise known as the black, house, ship, or roof rat is one of the most common of the 56 Rattus species in the world, being found in Africa, Asia, Australia, Europe, as well as the Americas.

It was also responsible for the Black Death from 1346 to 1353 which was the most fatal pandemic in human history, claiming up to 200 million lives.

Also known as Bubonic plague it is caused by the bacterium Yersinia pestis, which is spread by fleas on rats.

Those fleas in turn bite humans, who quickly fall ill and die.

Scientists in England and Germany found that their analysis shows Europe was colonized by the black rat in the Roman and Medieval eras, and both were accompanied by plague.

He Yu, of Germany’s Max Planck Institute for Evolutionary Anthropology, who is a co-author of a study that appears in the journal Nature, said: “This study is a great showcase of how the genetic background of human commensal species like the black rat, animals which flourish around human settlements, can reflect human historical or economical events.

“There is much we can learn from these often neglected small animals,” said

Commensal species are those in which the smaller of two species depends on the larger for food, shelter, and mobility.

The black rat, as well as the Norway or brown rat (Rattus norvegicus), and the common house mouse (Mus musculus) have been successful as commensal species because of their dietary adaptability, eating human food, and hitching rides on human transportation.

Black rats spread out in Europe and proliferated until the 18th century.

Afterward, they declined in the face of the incoming brown rat, which has since become dominant in temperate Europe.

David Orton of the University of York said: “We’ve long known that the spread of rats is linked to human events, and we suspected that Roman expansion brought them north into Europe.

“But one remarkable result of our study is quite how much of a single event this seems to have been: all of our Roman rat bones from England to Serbia form a single group in genetic terms.

“When rats reappear in the Medieval period we see a completely different genetic signature – but again all of our samples from England to Hungary to Finland all group together. We couldn’t have hoped for clearer evidence of repeated colonization of Europe.”

Orton and colleagues analyzed DNA in ancient rat bones uncovered at archeological sites dating from the 1st century AD to the 17th century in Europe and North Africa.

With their analysis, the experts discovered that black rats colonized Europe at least twice.

The first came during Rome’s imperial expansion, the study found, because black rat remains “are found throughout the Roman Empire in the 1st–5th centuries AD, but rarely beyond its northern borders&mldr;”

To the authors, this means that black rats depended on Rome’s economy that in turn was dependent on a network of dense urban areas connected by “bulk transport via efficient road, river, and maritime routes.”

With the breakdown of Rome’s economic system, climate change, and the 6th-century plague, the number of rats declined.

According to the study, “It remains unclear whether the black rat was actually extirpated from post-Roman northern and western Europe; and whether medieval rat populations in temperate Europe derived from the remnant population in southern Europe, or from another wave of rats that were introduced from beyond the Mediterranean,” for example, from river trade in what is now Russia.

Tracing the black rat, the study says, is key to debates raging among historians about the extent to which the decline of the Western Roman Empire “represented a crisis in urbanism and trade—particularly in bulk goods such as grain—as well as a political collapse,” the role of trade between east and west and the rise of urban networks in medieval northern Europe, and how the Justinian Plague and subsequent First Pandemic spread.

The Justinian Plague began in the eastern Mediterranean in 541 AD and, as the First Pandemic, spread eastward through Europe and reached England. This consisted of as many as 18 waves of plagues until about 750 AD.
The study says that period “coincides with the gap in archaeological evidence for rats in northwest Europe.”

Of the black rat, the study says: “They may have been extirpated entirely from the northern provinces including Britain, and the percentage of archaeological sites with black rat remains declined even in the Western Empire’s Italian core.”

However, black rats remained common in the Balkan region and Anatolia until at least the 6th century, which the authors linked to the continued existence of the Roman-Byzantine Empire.

The second colonization by black rats occurred, the experts believe, when urban populations grew and long-range trade was renewed during the 14th century and the Black Death in the later Medieval period.

Co-authors Greger Larson and Alex Jamieson of Oxford University said of their findings: “The modern dominance of brown rats has obscured the fascinating history of black rats in Europe. Generating genetic signatures of these ancient black rats reveals how closely black rat and human population dynamics mirror each other.”