Dominique Niemandt, 29, was a director at a London accounting firm before taking the plunge this year.
By Anamarija Brnjarchevska May 10, 2022
Facebook
Twitter
Linkedin
Email 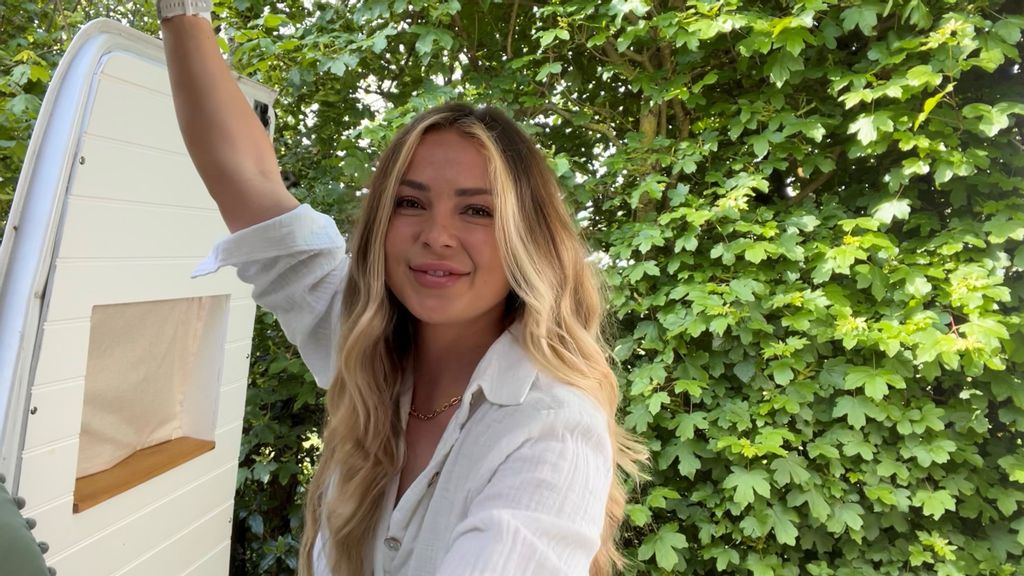 A high-flying city worker has quit her £100k-a-year job to live in a seven-metre-long van with her pet chihuahua. (Matthew Newby/Zenger)

A high-flying city worker has quit her $120k-a-year job to live in a seven-metre-long van and travel the world with her pet chihuahua.

Dominique Niemandt, 29, was a director at a London accounting firm before taking the plunge this year.

She forked out over $30,000 to buy a converted VW Crafter and is now traveling around Europe with her one-year-old pet dog Kevin.

Dominique said: “I feel so much freer and so much more like me.

“Before I felt like I was in a hamster wheel for so long. I just thought there must be more to life.

“I used to work 60 or 70 hour weeks. On holiday I would be the loser working in the corner. I sort of felt like I didn’t have a choice.”

Dominique spent eight years at a Big Four firm before taking a director role at an accounting company in London.

She was living in the capital and earning more than $120,000 a year before resigning.

Now, she’s living off savings and considering taking up a consulting role for a few months of the year to fund her way of life.

Dominique said: “This lifestyle is so much cheaper. I’ve got enough money for nine months.

“I might work two or three months of a year and then fund the rest of the year.

Dominique is currently in France and hopes to travel to Spain and Portugal in the coming months.

She said her lifestyle change was inspired by a desire to break out of the day-to-day routine.

Dominique said: “I saw a news article in October about vans being converted into homes and a month later I’d bought one.

“I had a three-month notice period at work and then I left in January.

“A lot of people my age feel pressure to live a normal life but it doesn’t make them happy.

“I want to see people doing what makes them happy.

“It’s not easy but it just feels like you’re living – even though that sounds cheesy.

“Sometimes I still feel like a failure for giving my job up, which is kind of weird.

“Telling my family was the hardest part – I think they would have preferred I was working and focusing on my career instead.”

Dominique said living on her own can be lonely but she has met new people along the way and connected with nature.

She said: “There are little things that get you through it like speaking to someone in a bakery.

“If I like somewhere then I’ll stay and explore. If not I will try to find the next place to stay.

“I do a lot of walks and active stuff.

“Everything is slower in a van. It can take an hour to do the dishes and washing.”