Russia invaded Ukraine on 24th February in what the Kremlin is calling a “special military operation”.
By Lee Bullen May 9, 2022
Facebook
Twitter
Linkedin
Email 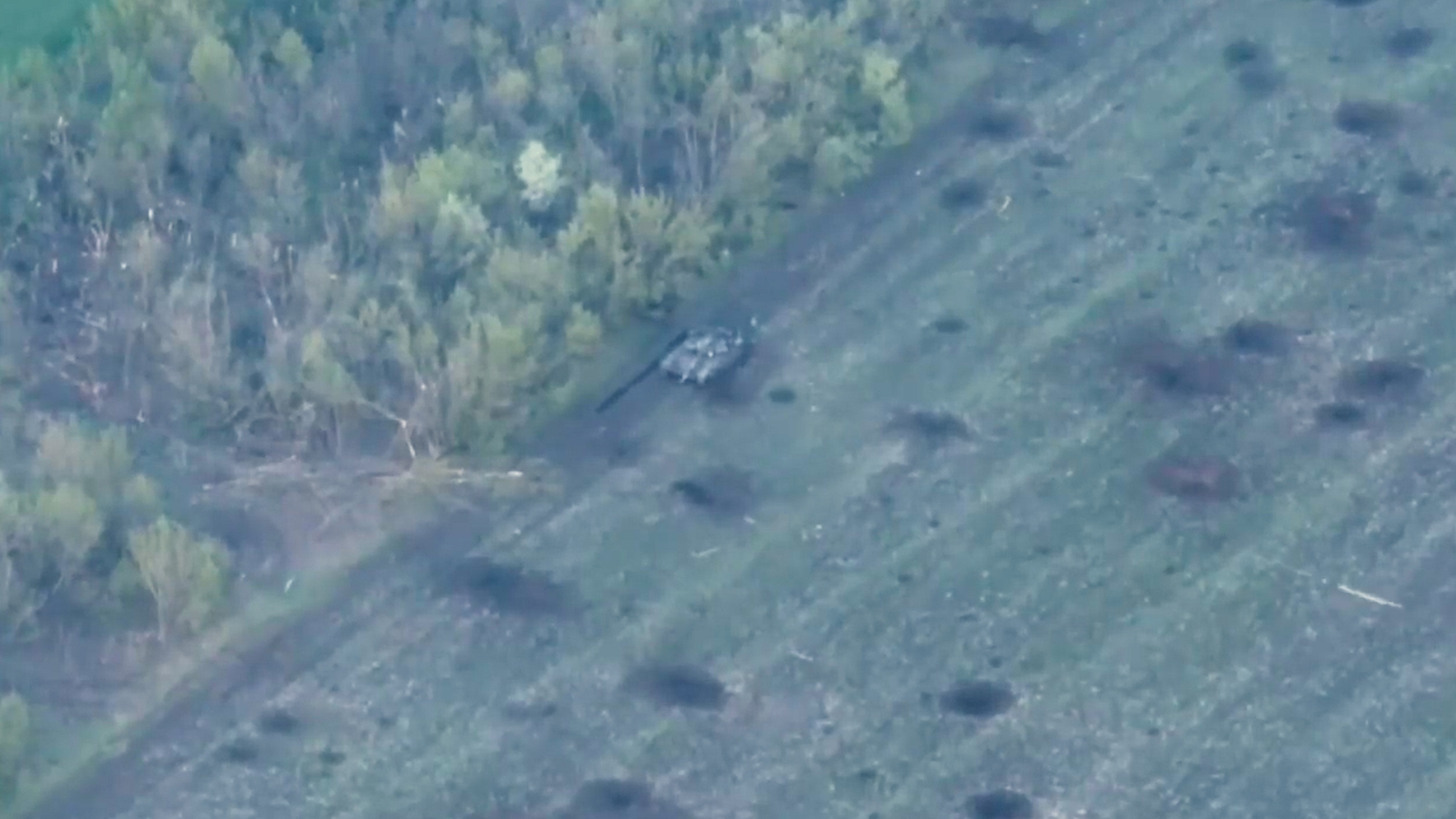 Paratroopers from the Dnepropetrovsk region destroyed Russian tank with one shot in May 2022. (@dshv25opdbr/Zenger)

This is the moment Ukrainian fighters blast a Russian tank to pieces with a single deadly shot.

The 25th Airborne Brigade, an airborne formation of the Ukrainian Air Assault Forces, said on 5th May: “Accurate, precise, effective! That’s how the brigade’s artillerymen work! One shot and a tank of the Russian occupiers is turned into scrap metal!”

The brigade added: “To be continued…

“Glory to Ukraine! Death to enemies!”

In the footage, the enemy tank is seen stationary next to a wooded area as a missile flies across the field and blasts it to pieces with a single strike.

Russia invaded Ukraine on 24th February in what the Kremlin is calling a “special military operation”. Today marks the 72nd day of the campaign.

From 24th February to 6th May, the total combat losses of Russian troops stand at around 24,900 personnel, according to the General Staff of the Armed Forces of Ukraine.