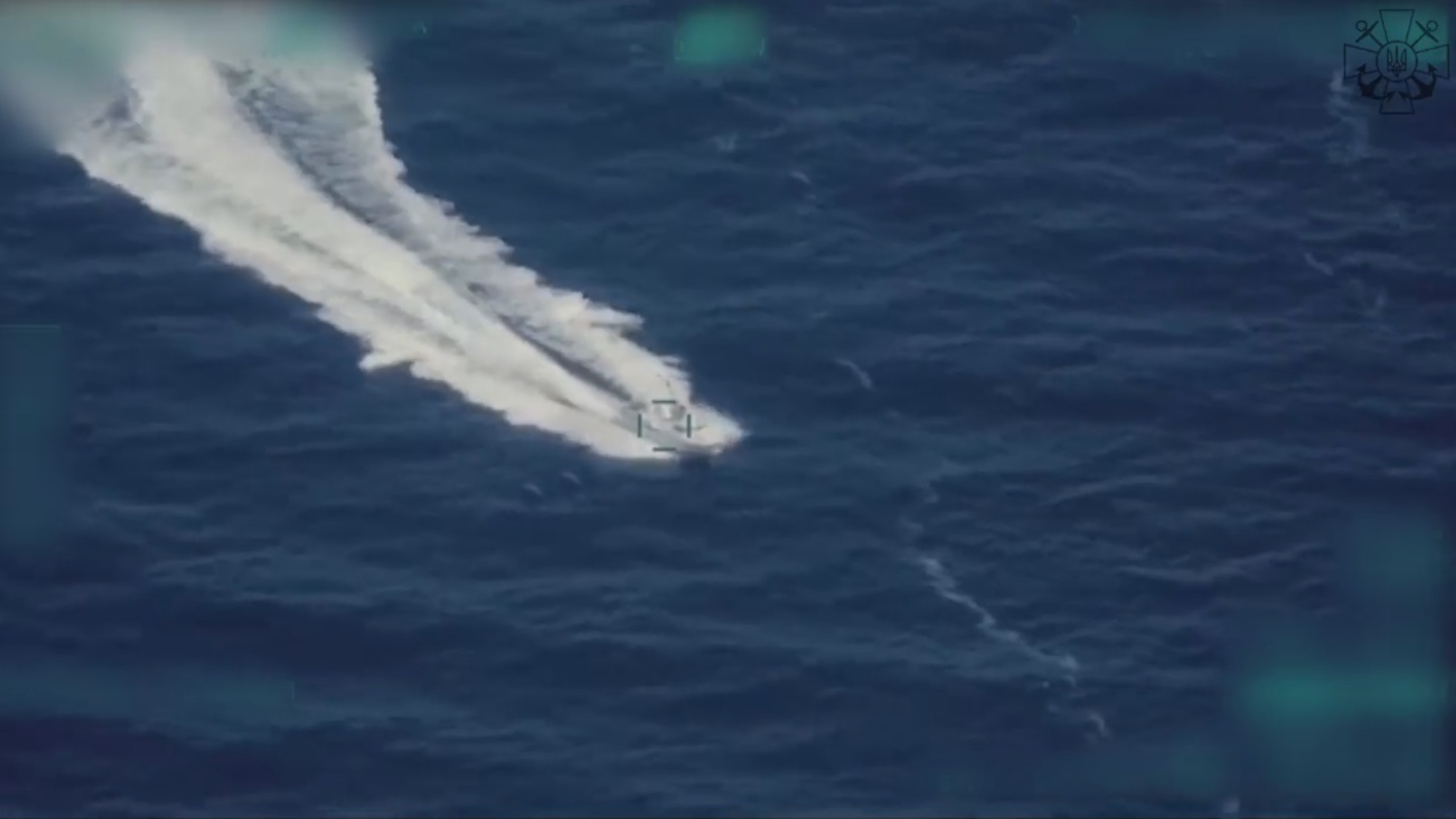 Description: Navy of the Armed Forces of Ukraine showed the destruction of two more Russian landing boats of by the Bayraktar TB2, in Ukraine, in May, 2022. (@navy.mil.gov.ua/Zenger)

This is the moment the Ukrainian Navy destroys two Russian Raptor-class patrol boats with a Bayraktar drone.

The Raptor-class boat, a series of Russian high-speed coastal patrol boats, was formally known as Project 03160.

The Ukrainian military pointed out that two other Raptor boats were destroyed by a Bayraktar TB2 earlier this month.

Russian troops invaded Ukraine on 24th February in what the Kremlin is now calling a “special military operation” to “protect Donbass”.

In related news, Vladimir Putin has addressed a huge military parade in Red Square in Moscow on Victory Day.

From February 24 to May 9, the total combat losses of Russian troops stand at around 25,650 personnel, according to the General Staff of the Armed Forces of Ukraine.

Meanwhile, a host of international organisations have banned Russia, already hit by economic sanctions, from taking part in sporting and cultural events, such as this year’s FIFA World Cup in Qatar, in response to the country’s invasion.