Raymonde Sullivan decided to carry out a skydive for her 100th birthday.
By Lee Bullen May 9, 2022
Facebook
Twitter
Linkedin
Email 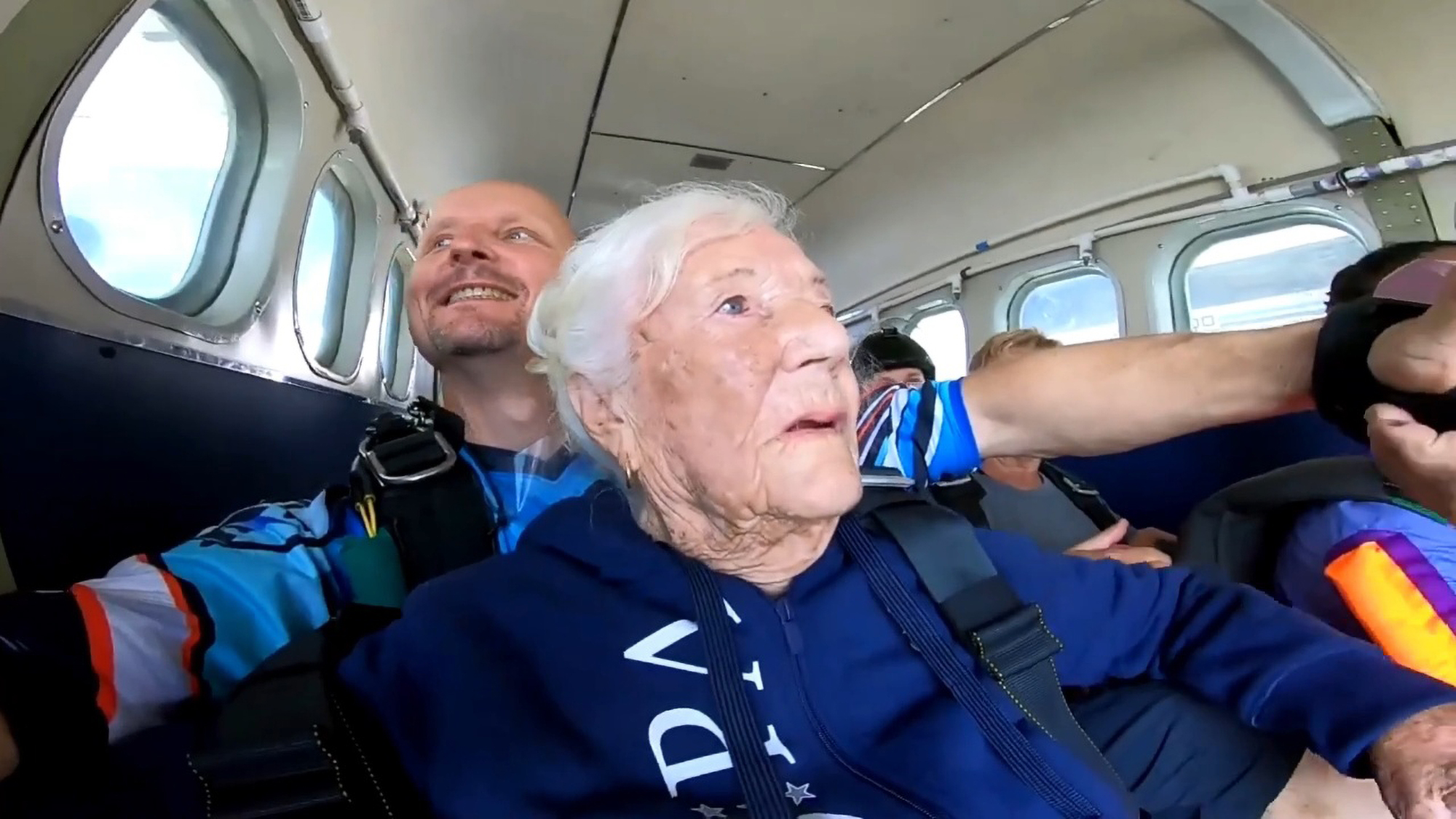 World War II nurse who served on the frontline celebrates her 100th birthday by skydiving over the Florida Coastline. (SkydiveSeb/Zenger)

This is the adrenaline-fuelled moment a World War II nurse skydives over the Florida coast for her 100th birthday.

The heartwarming scenes were filmed by the company Skydive Sebastian based in the city of Sebastian in Indian River County in the US state of Florida.

Raymonde Sullivan, a former nurse who served on the frontlines during World War II, decided to carry out a skydive for her 100th birthday.

Sullivan called the experience “scary” and said she was happy to have done it, but would not be returning for a second jump.

After her adrenaline-fuelled escapades, the daredevil OAP celebrated her centenary with relatives at The Castle party venue in Fort Pierce.

Sullivan’s close friend and neighbor Karen Plante told Zenger: “The whole thing started two years ago when she found out I went skydiving for the first time in March. She asked me if I would take her on her 100th birthday and I told her I would be honored to!

“Raymonde and I are good friends and we live in the same community. This woman is amazing! She looks about 80 and she has never been in a hospital, so I’m told.”

Plante said to Zenger: “She was very excited that she was going to have the opportunity to do it. The closer it got to her birthday, I think she started to get a little apprehensive but she would not say it to anybody!

“The only wish she told me was that she wanted to skydive!”

Plante added: “After she went skydiving, in the late afternoon she had a birthday party and we all celebrated with a lot of her family.”

The record for the oldest ever sky jump was held by 102-year-old Australian woman Irene O’Shea.

She decided to become the oldest skydiver in the world in December 2018 to raise awareness for the disease that killed her daughter.

She had carried out a jump for the first time on her 100th birthday, and then took the leap of faith after that every year until she became the oldest when she jumped at the age of 102.

Her daughter had died from motor neuron disease and she felt the publicity around the jump would be the perfect way to raise money and awareness for the local Motor Neurone Disease Association of South Australia.