The Kremlin now says the operation's aim is to "protect Donbass".
By William McGee May 9, 2022
Facebook
Twitter
Linkedin
Email 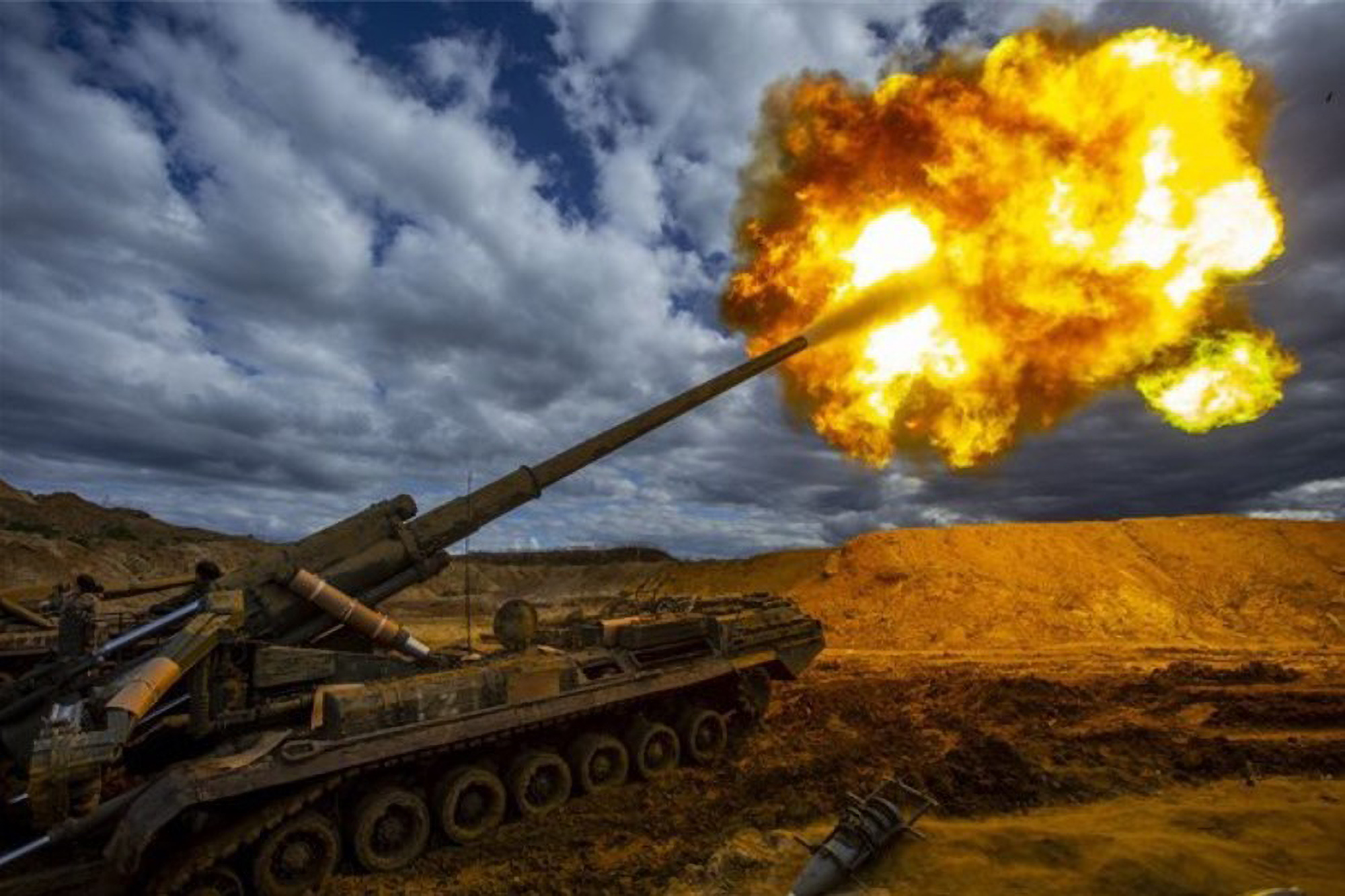 Calculations of self-propelled artillery units 'Malka' hit the enemy's positions in May 2022. (@Ministerstvo_oborony/Zenger).

This slick Russian propaganda video shows a tank traveling across a field in Ukraine and firing shells at unseen targets.

Zenger News obtained the footage from the Ministry of Defence (MoD) of the Russian Federation yesterday (Thursday, 5th May).

The Russian MoD said: “Combat work of tank crews of the Armed Forces of the Russian Federation.”

‘Z’ is believed to stand for “Za pobedu” (“For victory”) and has become a pro-war symbol in Russia.

Russian troops invaded Ukraine on February 24 in what the Kremlin initially called a “special military operation” to “demilitarise and denazify” Ukraine.

The Kremlin now says the operation’s aim is to “protect Donbass”.

The 2S7M Malka is an improved variant of the 2S7 Pion – a Soviet self-propelled 203mm heavy artillery that has been in service since 1976. The Malka itself entered service in 1983.