In the video, large columns of smoke are seen filling the sky as bombs explode on different parts of the battered plant.
By Lee Bullen May 9, 2022
Facebook
Twitter
Linkedin
Email 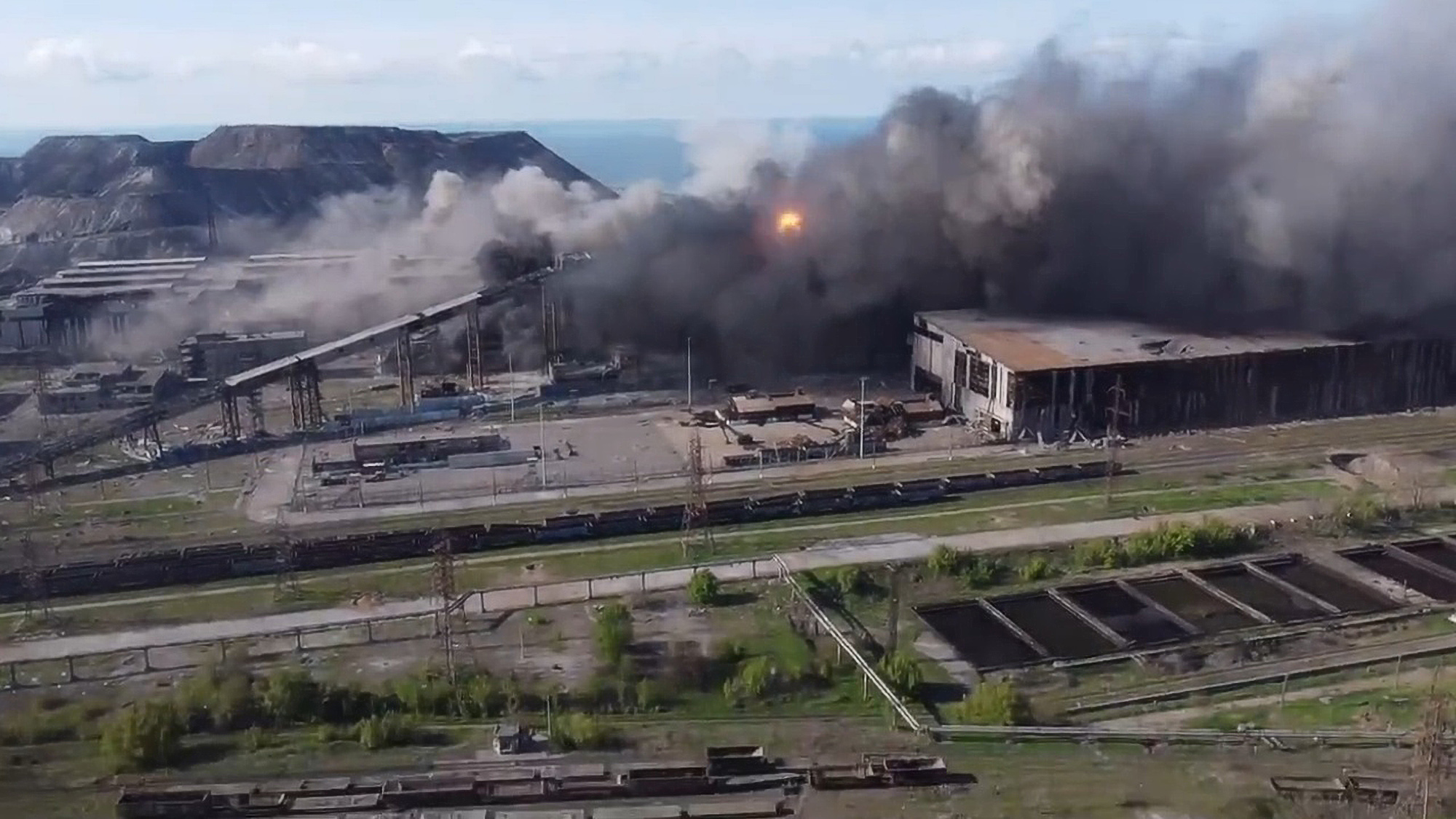 Azovstal under heavy fire by the Russian Aircrafts Artillery and Infantry in May 2022.  (@Polk_Azov/Zenger)

A desperate last defense of the besieged steel plant in Mariupol has seen Ukrainian defenders engulfed in flames and smoke.

Grim footage shows huge columns of smoke rising into the air as Russian bombs rain down on the Azovstal plant, where Ukrainian defenders are holed up.

Russian troops stormed the site on April 19th and destroyed large areas. However, pockets of organized resistance fighters remain at the plant, refusing to surrender.

The Azov Regiment, a unit of the National Guard of Ukraine based in Mariupol, said on 5th May: “The assault on Azovstal continues! Fighters defend the plant under heavy fire. The enemy uses aircraft, artillery, and infantry.”

In the video, large columns of smoke are seen filling the sky as bombs explode on different parts of the battered plant.

Russia invaded Ukraine on 24th February in what the Kremlin is calling a “special military operation”.