VIDEO: Death River Horror: Firefighter Dies Trying To Save Mum Who Drowned Herself And Child

As John Forbus battled to save the pair from the car, he drowned, officials explained.
By Lee Bullen May 9, 2022
Facebook
Twitter
Linkedin
Email 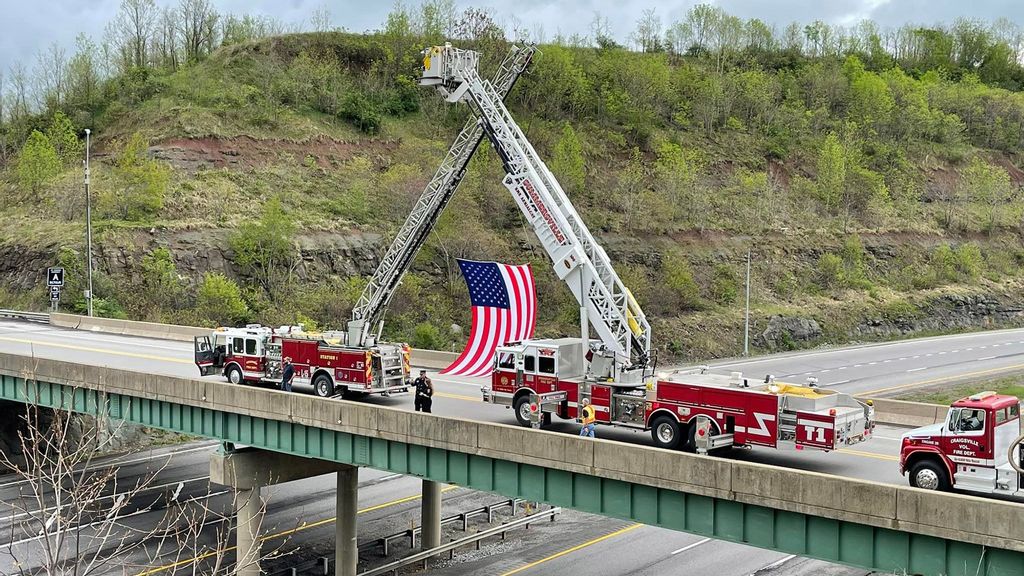 Richwood Fire Department bringing home volunteer firefighter John Dean Forbush who died while trying to save 8-year-old girl after her mother drove their vehicle into West Virginia river in May 2022. (@RichwoodFD/Zenger).

A hero firefighter died trying to save a mother who’d driven into a river to drown herself and an eight-year-old child, say police.

Volunteer fireman John Forbush, 24, had been off duty when he heard about the crash into the river and drove to the scene to help.

But as he battled to save the pair from the car, he also drowned, officials explained.

The tragedy took place at Elk River near the area of Braxton County in the US state of West Virginia on 1st May.

WV State Fire Marshal said in a statement on Monday: “On May 1st, 2022, at approximately 2:30 p.m., a vehicle drove into the Elk River, resulting in the death of both vehicle occupants and an off-duty volunteer firefighter, who attempted to provide aid to the victims before emergency responders arrived on the scene.

“The vehicle, operated by 42-year-old LaTonya Bell of Cleveland, Ohio, drove into the Elk River near the area of the Braxton County Senior Citizens Center along Route 4.

“While working less than a mile away, Gassaway Volunteer Firefighter, John D. Forbush, 24-years-old, heard the initial dispatch call on his department-issued radio and responded directly to the scene.

“Once on scene, Firefighter Forbush communicated via radio transmission that there appeared to be victims trapped inside the vehicle and immediately jumped into the river to rescue the victims.

“During the rescue efforts, Firefighter Forbush was unable to free the victims from the vehicle, and he also lost his life.

All three victims were sent to the West Virginia Office of the Chief Medical Examiner in Charleston.

The fire service added: “An investigation into this incident by the Braxton County Sheriff’s Office has revealed that Ms. Bell intentionally drove her vehicle into the Elk River and has been ruled a murder/suicide.

“John D. Forbush selflessly gave his life for strangers in need. He proudly served the Gassaway community for 4 years as a volunteer firefighter.

“His service to the community will forever be remembered. Summersville Fire Department, from Nicholas County, also responded to the scene with Dive Rescue resources.”

A funeral procession took place on 4th May in honor of Forbush as he was returned to Braxton County for burial.