Zenger News obtained the footage from the Ministry of Defence (MoD) of the Russian Federation on Thursday, May 5th.
By William McGee May 9, 2022
Facebook
Twitter
Linkedin
Email 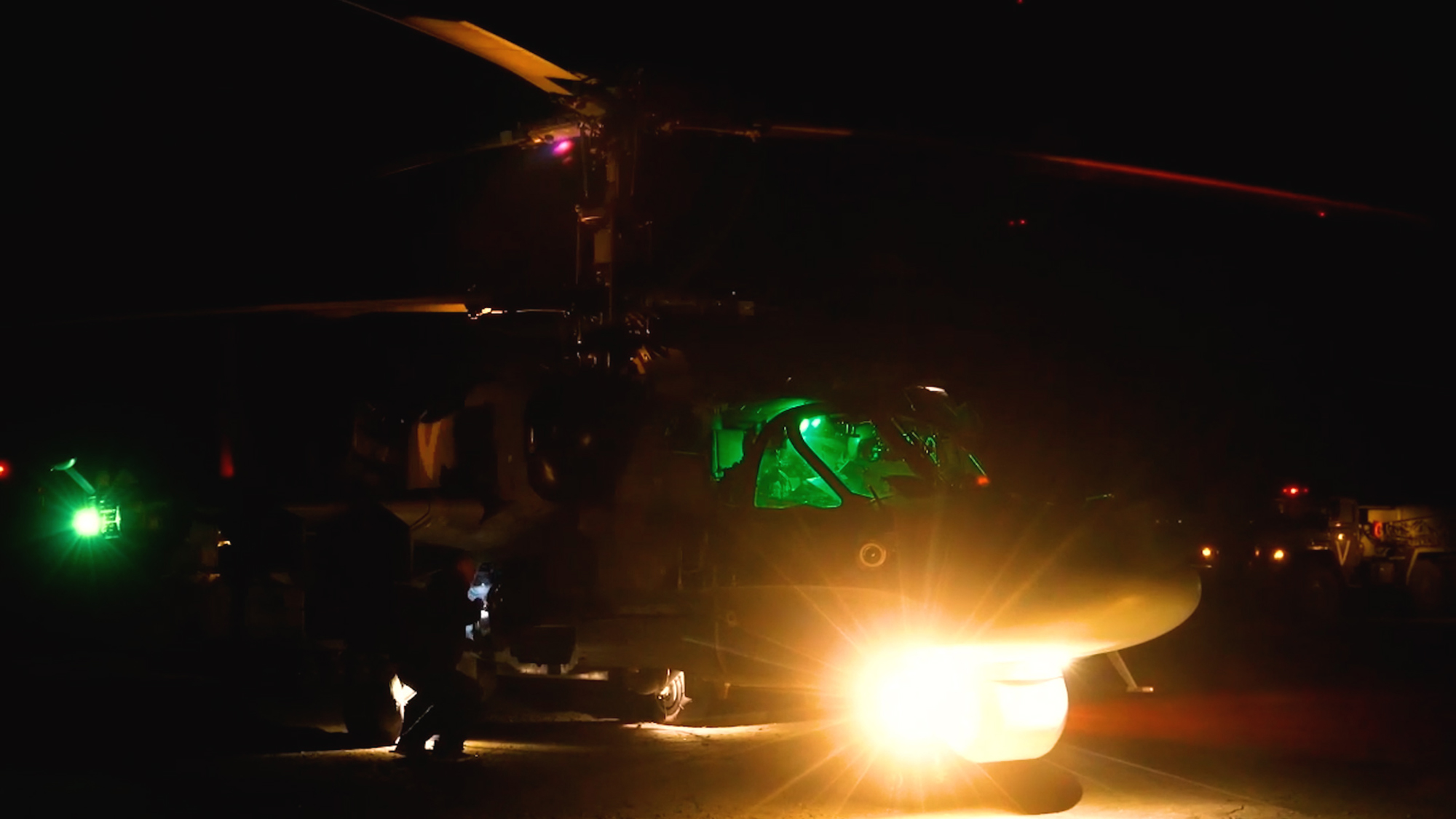 The work of Russian Ka-52 helicopters on Ukraine armored vehicles in May 2022. (Ministry of Defense of Russia/Zenger)

This slick Russian propaganda video shows an attack helicopter being armed to the teeth before it flies into the night to blow up Ukrainian armored vehicles.

Zenger News obtained the footage from the Ministry of Defence (MoD) of the Russian Federation earlier today (Thursday, May 5th).

The Russian MoD said the video showed the “work of the Ka-52 on the armored vehicles of the enemy at night”.

The Kamov Ka-52 ‘Alligator’ is manufactured by JSC Kamov, which is based in Lyubertsy, Russia. It is used by Egypt and Russia, and China reportedly has some on order.

Russian troops invaded Ukraine on February 24th in what the Kremlin is now calling a “special military operation” to “protect Donbass”. The invasion is now in its 71st day.

The bitter fighting which is now moved to a focus on the east of the country comes as Belarus which is Ukraine’s neighbour began large-scale military drills and apparent exercises to test their combat readiness.

The defence ministry in the UK had earlier warned that Russia was possibly hoping to provoke Ukraine into putting much-needed military resources on the Belarusian border over concerns that there might be fighting opening up on a new front.