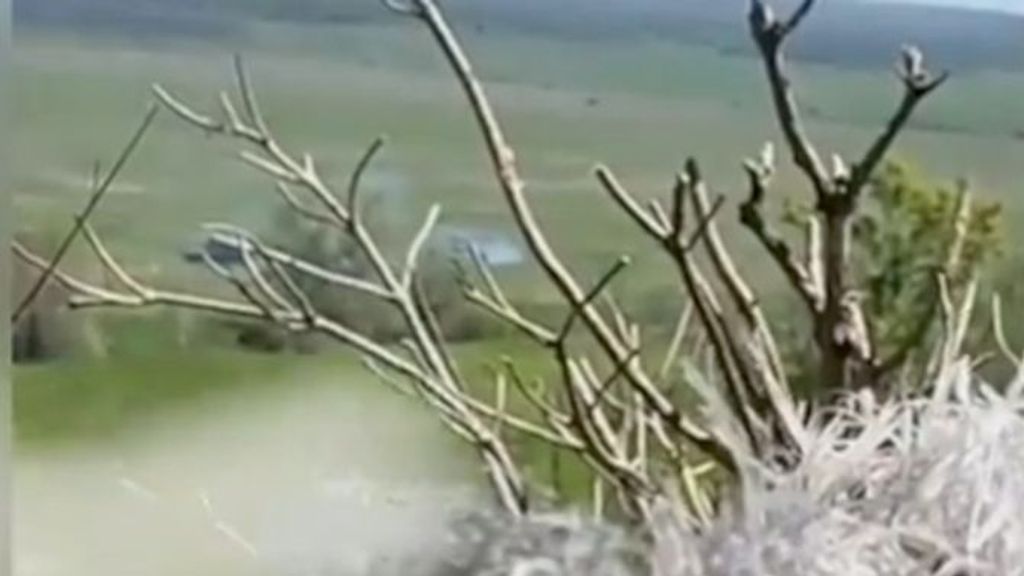 Javelin blew up the Russian tank in May 2022. (@UkrainianLandForces/Zenger)

This is the moment Ukrainian soldiers destroy an enemy tank with a British Javelin rocket launcher.

The video was filmed by the 30th Mechanized Brigade, named after Prince Konstanty Ostrogski, a formation of the Ukrainian Ground Forces, in an unspecified region of the beset country.

The brigade joked that they are ‘on safari’ until the Russian invaders leave their land.

Land forces of the Armed Forces of Ukraine said on May 8: “Top work from the soldiers 30th Mechanized Brigade, Prince Konstanty Ostrogski, with a Javelin on an enemy tank.

“The Ukrainian safari continues until the enemy disappears from Ukrainian land!”