Zenger News obtained the video from Aerorozvidka on Saturday, 7th May.
By William McGee May 9, 2022
Facebook
Twitter
Linkedin
Email 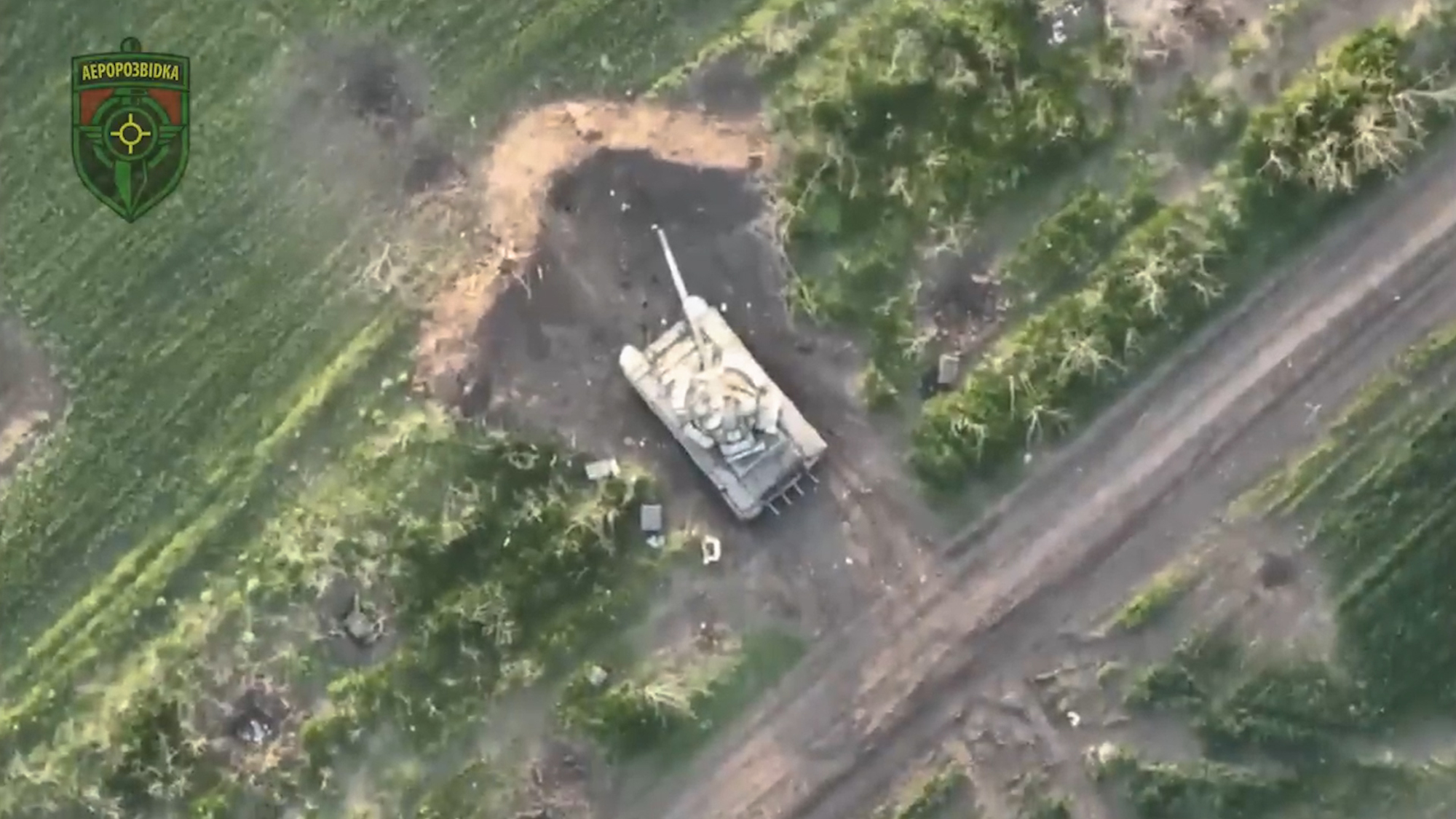 'Air Intelligence' drones nightmare for the Russian tanks in May 2022. (Aerorozvidka/Zenger)

Fresh drone footage from the war in Ukraine shows bombs being dropped onto Russian tanks and turning them into scrap metal.

Zenger News obtained the video from Aerorozvidka – a unit of the Ukrainian Ground Forces specializing in aerial reconnaissance and drone warfare – on Saturday, 7th May.

“We are still turning tanks into cans!”

Aerorozvidka began as a group of volunteer drone and IT enthusiasts and has been dubbed a “war startup”. It still presents itself as a non-governmental organization.

During the ongoing invasion of Ukraine, the unit has been targeting Russian forces at night, while they are immobile.

Early in the invasion, Aerorozvidka helped to stall a convoy of armored vehicles headed toward the Ukrainian capital Kyiv.

During a nighttime ambush, the unit’s drones dropped small explosives on the vehicles, which, along with mines, caused a pileup.

The unit also helped to repel the initial attempt by Russian forces to seize the airport near Kyiv.