Russia invaded Ukraine on February 24 in what the Kremlin called a "special military operation".
By Lee Bullen May 9, 2022
Facebook
Twitter
Linkedin
Email 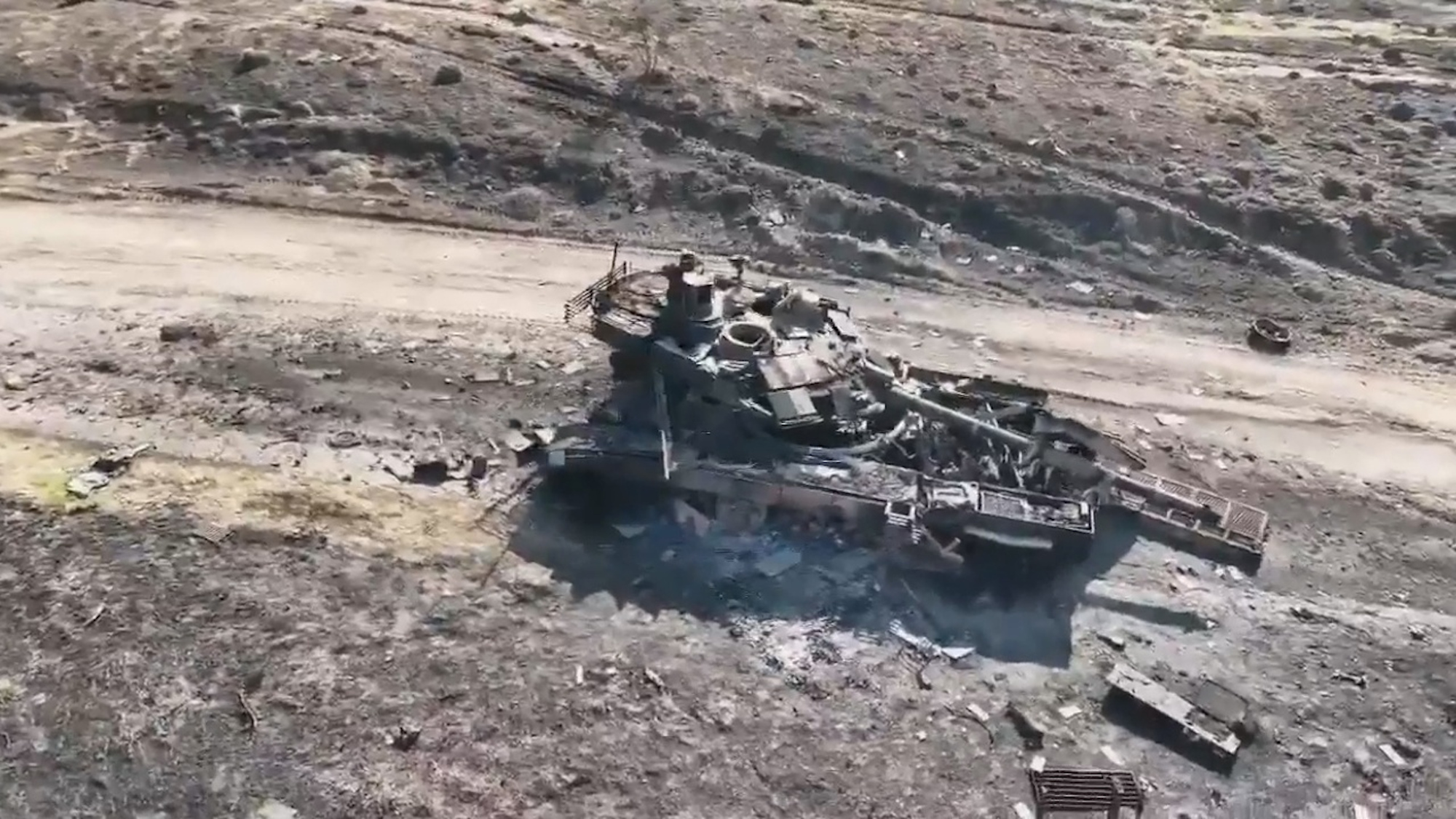 Ukrainian Armed Forces destroyed the latest version of the main Russian T-90 combat tank, more known as the T-90M 'Break', in May 2022. (@UkrainianLandForces/Zenger)

This footage shows a destroyed Russian T-90 tank after the Ukrainian Armed Forces blew it to bits.

The Ukrainian military announced that they successfully destroyed the latest version of Russia’s main battle tank, the deadly T-90, in an unspecified region of the country.

The Land Forces of the Armed Forces of Ukraine (AFU) said on May 8: “Ukraine’s Armed Forces have destroyed the latest version of Russia’s main T-90 battle tank, better known as the Breakthrough T-90M.”

The drone footage shows the wreckage of the armored vehicle on a dirt track in a rural area.

Russia invaded Ukraine on February 24 in what the Kremlin called a “special military operation”. Today marks the 75th day of the campaign.

From February 24 to May 9, the total combat losses of Russian troops stand at around 25,650 personnel, according to the General Staff of the Armed Forces of Ukraine.

Vladimir Putin is preparing to preside over a large military parade in Moscow commemorating the victory over Nazi Germany in World War II.

It has been speculated that the Russian President may mark the occasion by making a major announcement concerning the invasion of Ukraine.

Some 65,000 personnel, 2,400 items of military hardware, and more than 400 aircraft will take part in the parades, which will take place across 28 Russian cities.

However, Ukrainian President Volodymyr Zelenskyy said yesterday in his own Victory Day speech that Russia was repeating Nazi atrocities.