The attack was carried out on the Avdiivka Coke and Chemical Plant in the city of Avdiivka, in Donetsk Oblast, in eastern Ukraine.
By William McGee May 6, 2022
Facebook
Twitter
Linkedin
Email 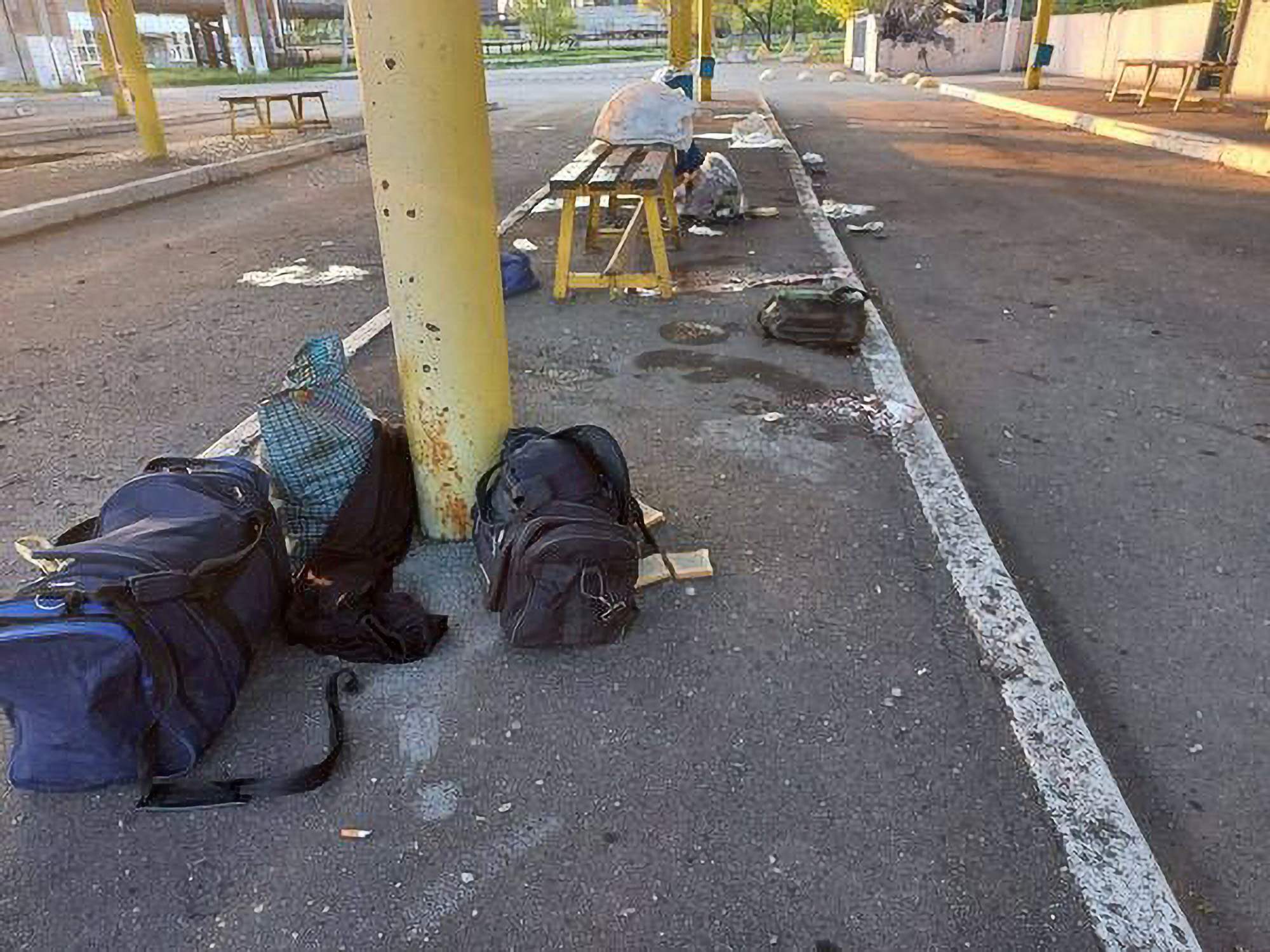 This footage purports to show a deadly Russian attack on a coke plant close to the front line in Ukraine’s contested Donbas region.

The video shows explosions taking place, as well as their aftermath, with structures left perforated or dented and glass shattered.

The Ukrainian authorities are claiming the shelling targeted coke plant workers as they waited to catch a bus home, leaving as many as 10 dead.

The attack was carried out on the Avdiivka Coke and Chemical Plant in the city of Avdiivka, in Donetsk Oblast, in eastern Ukraine.

Avdiivka remains under Ukrainian administration but lies just a stone’s throw from the Russian front line.

The police had said yesterday (in Ukrainian): “Russia has killed at least seven people and injured 18 in Avdiivka. Police documented the aftermath of the attack on the coke plant.

“The occupiers aimed at a group of workers who boarded the bus after the shift. The number of victims is being clarified. Police and rescuers worked on the scene.

“The shelling of the Avdiivka Coke Plant took place tonight. According to preliminary information, seven workers were killed and at least 18 were injured.

“Paramedics from the police and the SES provided first aid to the victims.

“Law enforcement officers gathered evidence of a Russian war crime. Work at the scene was coordinated by the Donetsk Oblast Police Department.

“Investigation in criminal proceedings opened on the grounds of Art. 438 of the Criminal Code (violation of the laws and customs of war), will be carried out by the Security Service of Ukraine.”

The police revised the number of injured to 19 earlier today.

He said yesterday (in Ukrainian): “At least 10 dead and 15 wounded are the consequences of the shelling of the Avdiivka Coke Plant by the Russian occupiers.

“These figures are preliminary. The information will be clarified and the number of victims may be higher.

“The Russians knew exactly where they were aiming – the workers had just finished their shift and were waiting at the bus stop for a bus to take them home from the factory.

“Another cynical crime of the Russians on our land. You will have to answer for everything!”

The invasion is now in its 70th day.