Workers dispatched to the scene said the 16-inch pipe likely dated to the 1940s.
By William McGee May 6, 2022
Facebook
Twitter
Linkedin
Email 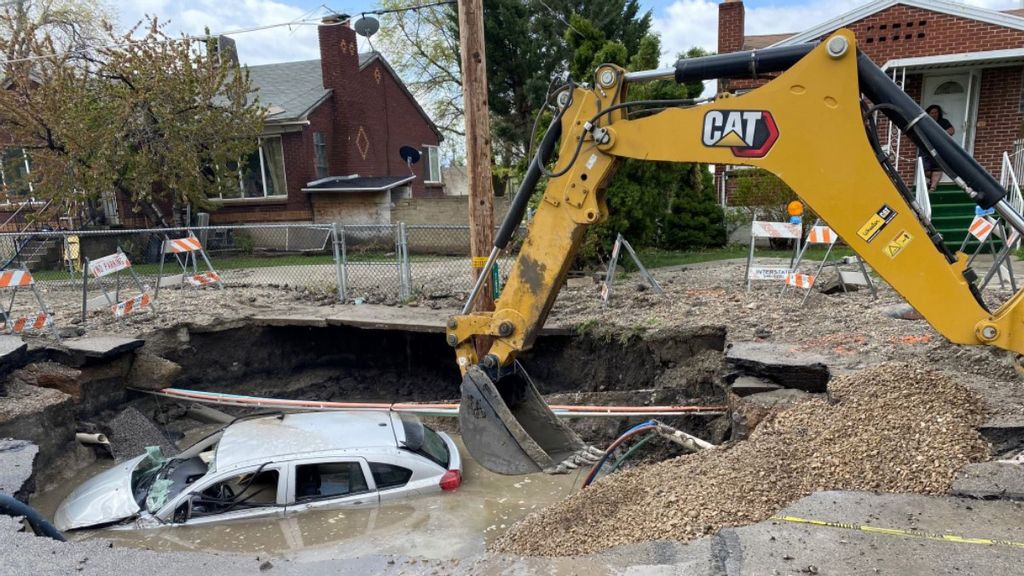 This astonishing footage shows how a sinkhole swallows a car whole on a flooded street in Salt Lake City.

The flooding was caused by a water main break on 1300 South between 700 and 800 East, in the Utah state capital, early yesterday (Tuesday, 3rd May).

Workers dispatched to the scene said the 16-inch pipe likely dated to the 1940s.

The flooding also caused the sinkhole, which swallowed the car seen in the video whole.

“Great response from T8 to help evacuate a couple homes and keep everyone safe from the area.

Zenger News also obtained photographs of the car as it was dug out of the sinkhole later in the day from Salt Lake City Police (SLCPD).

The SLCPD said: “Our officers are in the area of 750 West 1300 South assisting with road closures as @SLCPU [Salt Lake City Department of Public Utilities] crews dig out a car in a large sinkhole.

“Please use caution and avoid the area if possible.”

Jalil Reynaga whose cousin reportedly owned the car said it was a shock that the area had suddenly been flooded.

She said that the video shared by the Salt Lake City Fire Department showed the car owned by her cousin.

It shows the car being buffeted left and right until it finally gets sucked into the whole where it remained until repair and rescue work could be carried out. The car has however is believed to be a write-off.

As well as the car several homes were also severely damaged by the flood caused by the broken pipe.

The home of Reynaga was reportedly one of the worst hit and she said that they had all been reduced to tears because they lost so much to the flood. Video footage shows the house submerged in water with the water level inside at waist level.