Zenger News obtained a video of the attack from the Ministry of Defence (MoD) of the Russian Federation on Friday, May 6.
By William McGee May 6, 2022
Facebook
Twitter
Linkedin
Email 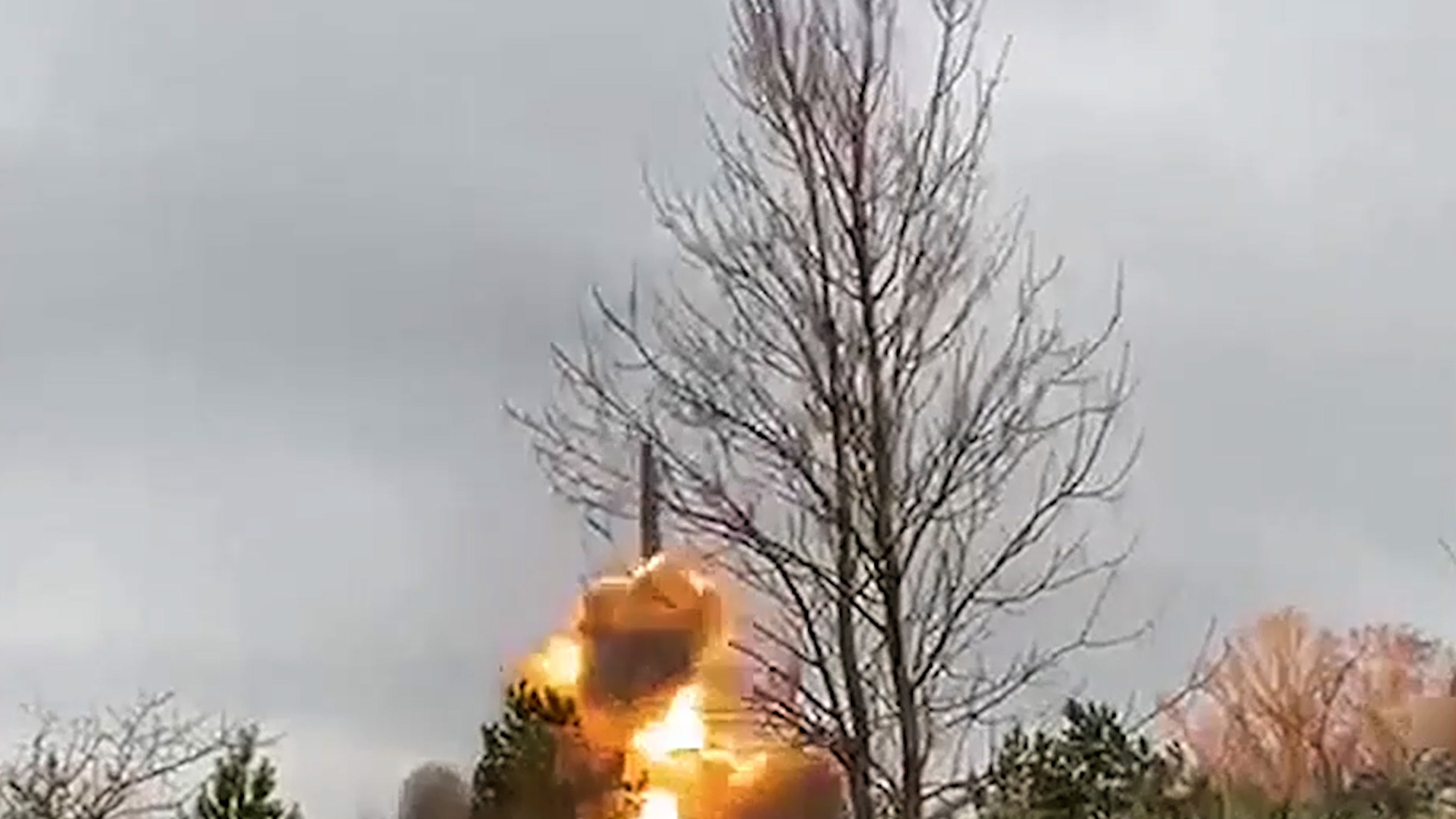 High-precision air-based missiles of the Russian Aerospace Forces have destroyed a large ammunition depot of the Ukrainian group of troops located on the territory of the Energomashspetsstal plant in Kramatorsk city in Ukraine 6th of May 2022. (Ministry of Defense of Russia/Zenger)

Kremlin army chiefs are claiming to have destroyed a huge Ukrainian ammunition store with a single cruise missile strike.

Zenger News obtained a video of the attack from the Ministry of Defence (MoD) of the Russian Federation earlier today (Friday, May 6).

In the footage, a Russian “high-precision” missile is seen being launched and streaking through the sky.

Aerial footage then shows a building exploding in a huge ball of smoke.

“High-precision air-based missiles of the Russian Aerospace Forces have destroyed a large ammunition depot of the Ukrainian group of troops located on the territory of the Energomashspetsstal plant in Kramatorsk city.

“1 Tochka-U tactical missile system of the Ukrainian Armed Forces has been destroyed near Novotavricheskoe, Zaporozhye Region.

“In addition, 10 strongholds, areas of AFU manpower and military equipment concentration have been hit.

“Operational-tactical and army aviation have hit 24 military assets of the Ukrainian Armed Forces.

“Among them: 18 areas of AFU manpower and military equipment concentration, 1 artillery battery at firing position, and 2 missile and artillery weapons depots near Krasnopolie in the Donetsk People’s Republic.

“The attacks have resulted in the elimination of up to 280 nationalists and 41 units of AFU military equipment.

“Russian air defense means have shot down 1 Su-25 and 1 MiG-29 of the Ukrainian Air Force near Preobrazhennoe of the Lugansk People’s Republic and also intercepted 4 Tochka-U ballistic missiles.

“In addition, 13 Ukrainian unmanned aerial vehicles have been shot down over Barvenkovo, Balakleya in Kharkov Region, Staromikhailovka, Yasinovataya in Donetsk People’s Republic, Pervomaisk in Lugansk People’s Republic and Chornobaevka in Kherson Region.

“In total, 151 aircraft and 112 helicopters, 742 unmanned aerial vehicles, 290 anti-aircraft missile systems, 2,854 tanks and other armored combat vehicles, 329 multiple launch rocket systems, 1,338 field artillery and mortars, as well as 2,683 units of special military vehicles of the Armed Forces of Ukraine were destroyed during the operation.”

Kramatorsk is located in Donetsk Oblast.

The city remains under Ukrainian control, while other parts of the oblast are under the control of the self-proclaimed Donetsk People’s Republic and Russia.

Russian troops invaded Ukraine on 24th February in what the Kremlin initially called a “special military operation” to “demilitarise and denazify” the country.

The Kremlin now says the aim of its operation is to “protect Donbass”.

The invasion is now in its 72nd day.