The aircraft is believed to be an armed-to-the-teeth Ka-52, known as an Alligator in the Russian military.
By Lee Bullen May 5, 2022
Facebook
Twitter
Linkedin
Email 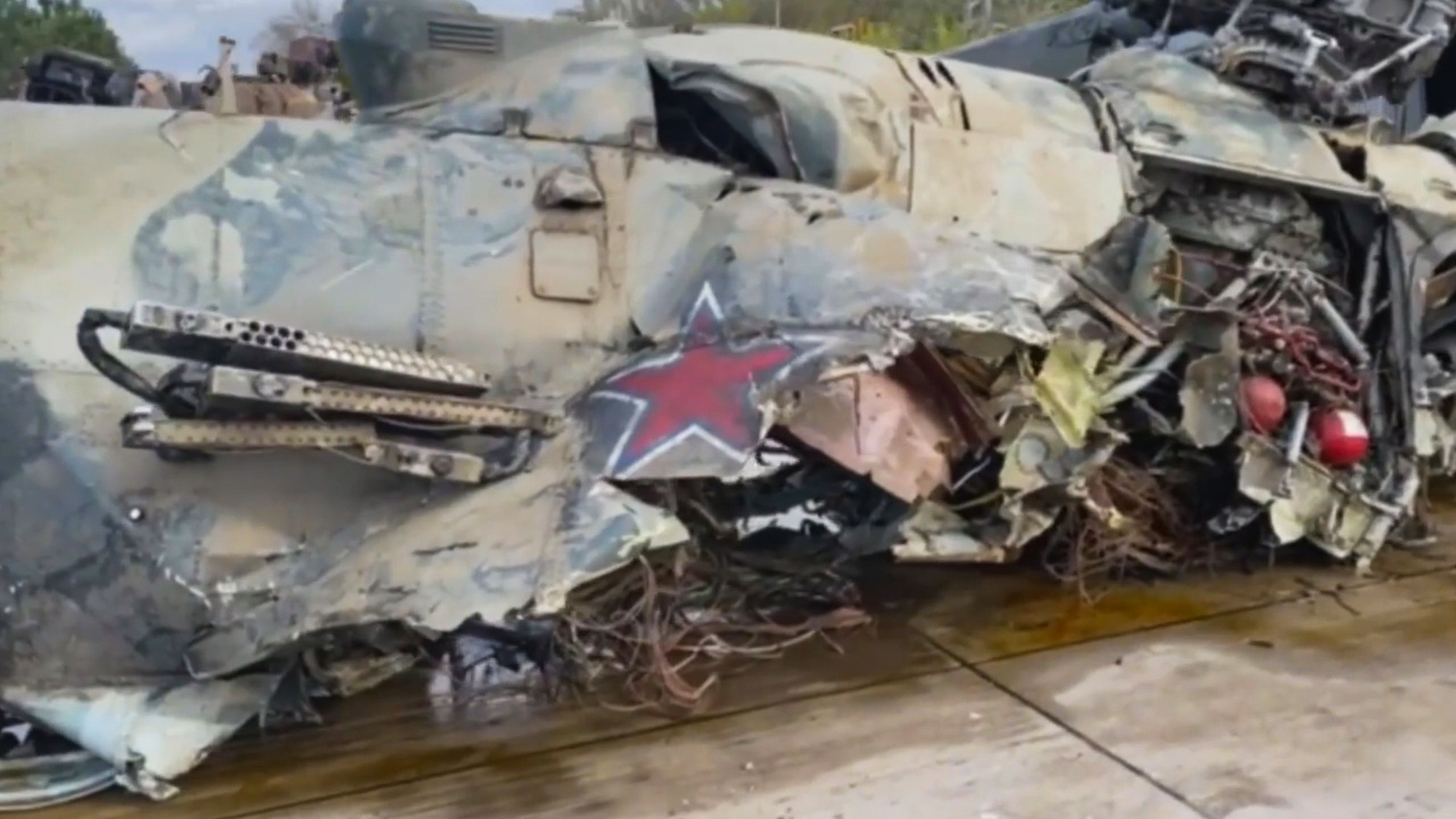 Russian combat helicopter 'crocodile' retrieved from the Kiev Sea in May 2022. (@DPSUkraine/Zenger)

Mangled wreckage from a Russian assault helicopter has been shown off by Ukrainian border guards who say they shot it down over the sea.

The chopper was apparently heading for a rendezvous with a warship when it was blown out of the sky.

The aircraft is believed to be an armed-to-the-teeth Ka-52, known as an Alligator in the Russian military.

The State Border Guard Service of Ukraine said in a statement on 5th May: “A helicopter belonging to the racists, which was heading for a warship, was brought ashore.

“In the Kyiv region, border guards and colleagues from the Armed Forces of Ukraine caught a ‘crocodile’.

“This is what the racists called one of their combat helicopters, which Ukrainian defenders skilfully transformed into a submarine and sent to the same place where the Russian warship ended up.

“With the help of a naval boat, border guards towed the sunken helicopter. Later, this evidence of Moscow’s war crimes in Ukraine was brought to land.”