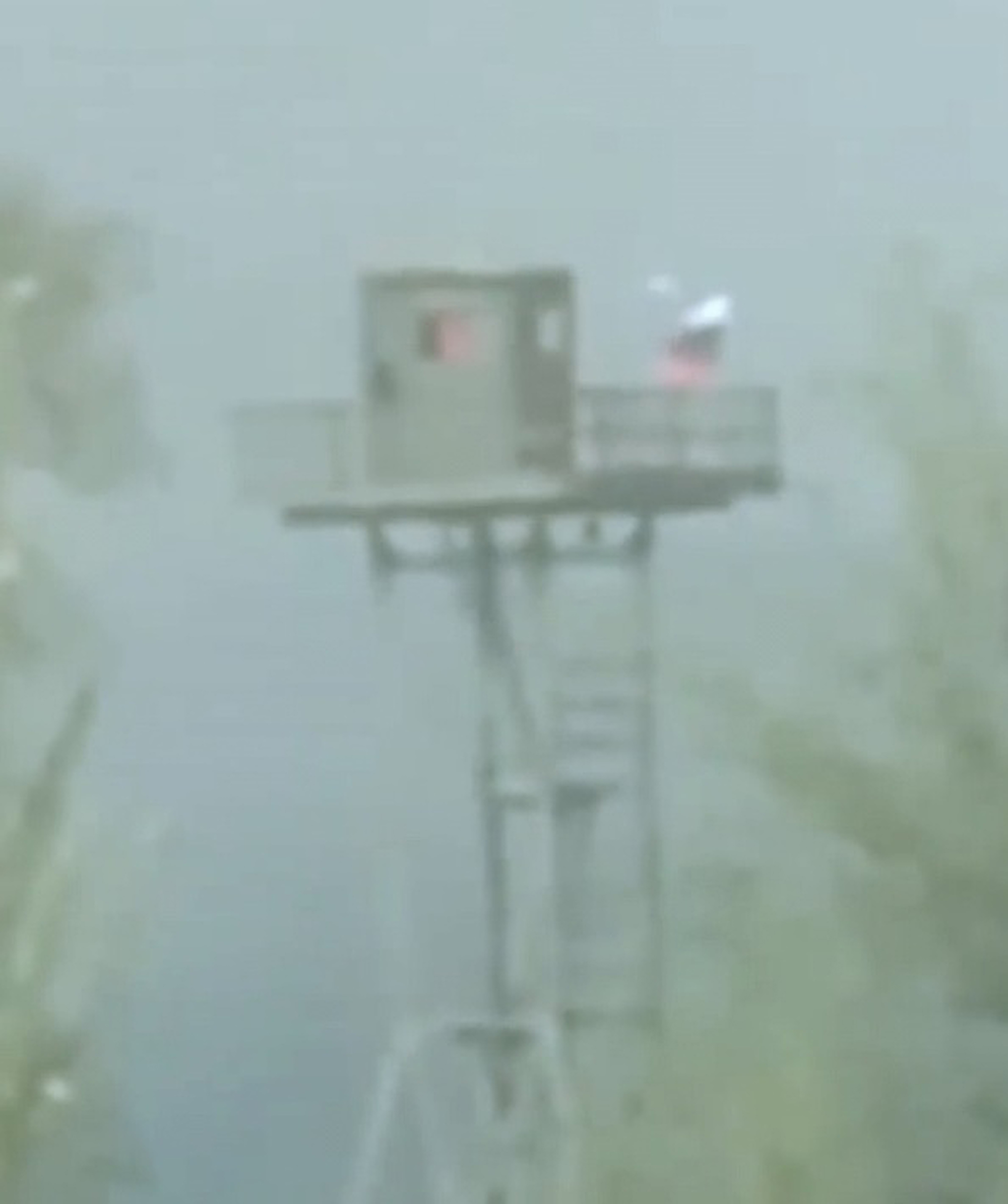 Ukrainian border guards destroyed the Russian flag, which the Russians hung on the Ukrainian observation tower, in the Sumy region, in May, 2022. (@DPSUkraine/Zenger)

This is the moment defending soldiers blow up a Russian flag displayed on a Ukrainian watchtower.

The precision strike was filmed in the north-eastern Ukrainian region of Sumy Oblast, bordering Russia.

They came across the displayed flag while carrying out a patrol in the area, located just a few meters from the border with Russia.

The Russian military had set up a team of snipers around the tower to shoot anyone who tried to remove the flag, however, Ukrainian border guards turned the tables on the enemy and sent in a quadcopter to sneak in and drop a bomb.

The footage shows a missile exploding on the tower, apparently destroying only the flag while causing minimal damage to the rest of the structure.

The State Border Guard Service of Ukraine said in a statement on 3rd May: “Border guards destroyed the Russian tricolor, which the occupiers hung on a Ukrainian observation tower.

“While monitoring the state border in the area of a settlement in the Sumy region, border guards found a Russian tricolor on the Ukrainian metal observation tower.

“The racists hung it under cover of night. The tower is located a few meters from the Ukrainian-Russian border.

“In order to prevent the Ukrainian border guards from removing the flag, sniper positions were set up in the area. However, border guards managed to conduct a successful operation. Thanks to our skill, defenders were able to approach the tower unnoticed with a quadcopter and drop explosives on it. The Russian tricolor was destroyed.”