The video was filmed at the Azovstal iron and steelworks plant in the city of Mariupol.
By Lee Bullen May 5, 2022
Facebook
Twitter
Linkedin
Email 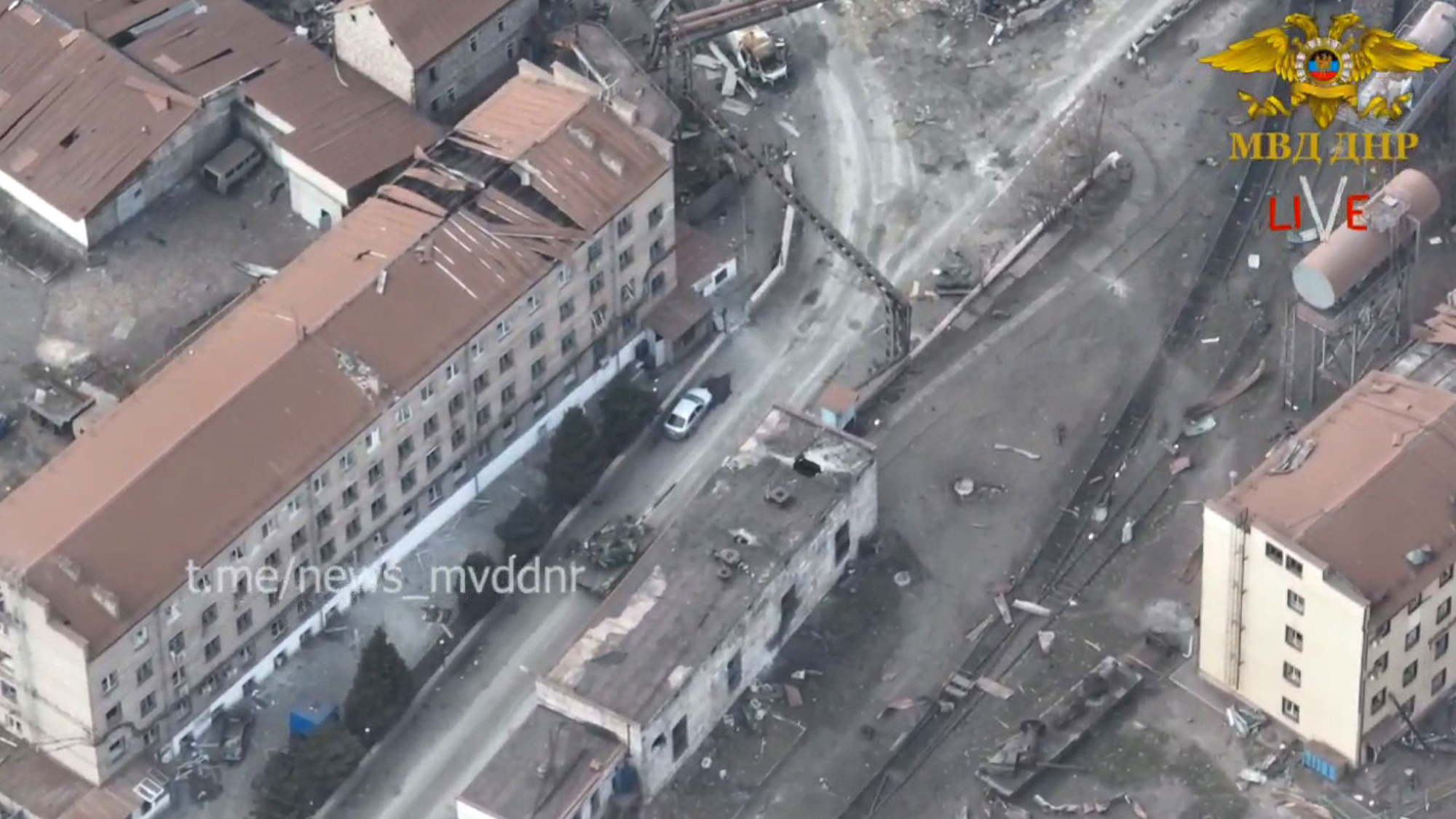 The Ministry of Internal Affairs of the DPR showed the destruction of the complex of the Azovstal plant in May 2022. (@news_mvddnr/Zenger)

This is the moment Russian troops bomb the Azovstal plant to “suppress” Ukrainian soldiers who resumed fighting after civilians were allowed to evacuate.

The video was filmed at the Azovstal iron and steelworks plant in the city of Mariupol.

Russian troops stormed the plant on April 19th and destroyed large areas, however, pockets of organized resistance fighters remain at the plant, refusing to surrender to the Russian demands.

Members of the Azov Battalion, a unit of the National Guard of Ukraine in Mariupol, are said to be based in the plant.

The footage was shared by the Ministry of Internal Affairs of the so-called Donetsk People’s Republic (DPR) on 4th May.

According to the ministry, Ukrainian fighters based in the plant resumed fighting after civilians were allowed to leave.

The DPR claimed the “militants” took up firing positions straight after the civilians left the plant and opened fire on Russian troops and DPR fighters.

The footage shows Ukrainian soldiers moving around the plant in tanks and armored vehicles before Russian bombs rain down, sending large plumes of smoke into the sky.

The DPR said they used aerial bombs and artillery ammunition to “suppress enemy activity at Azovstal”.