The attack was carried out by a Russian pilot in a Sukhoi Su-24 attack aircraft in an unspecified region in Ukraine.
By Lee Bullen May 5, 2022
Facebook
Twitter
Linkedin
Email 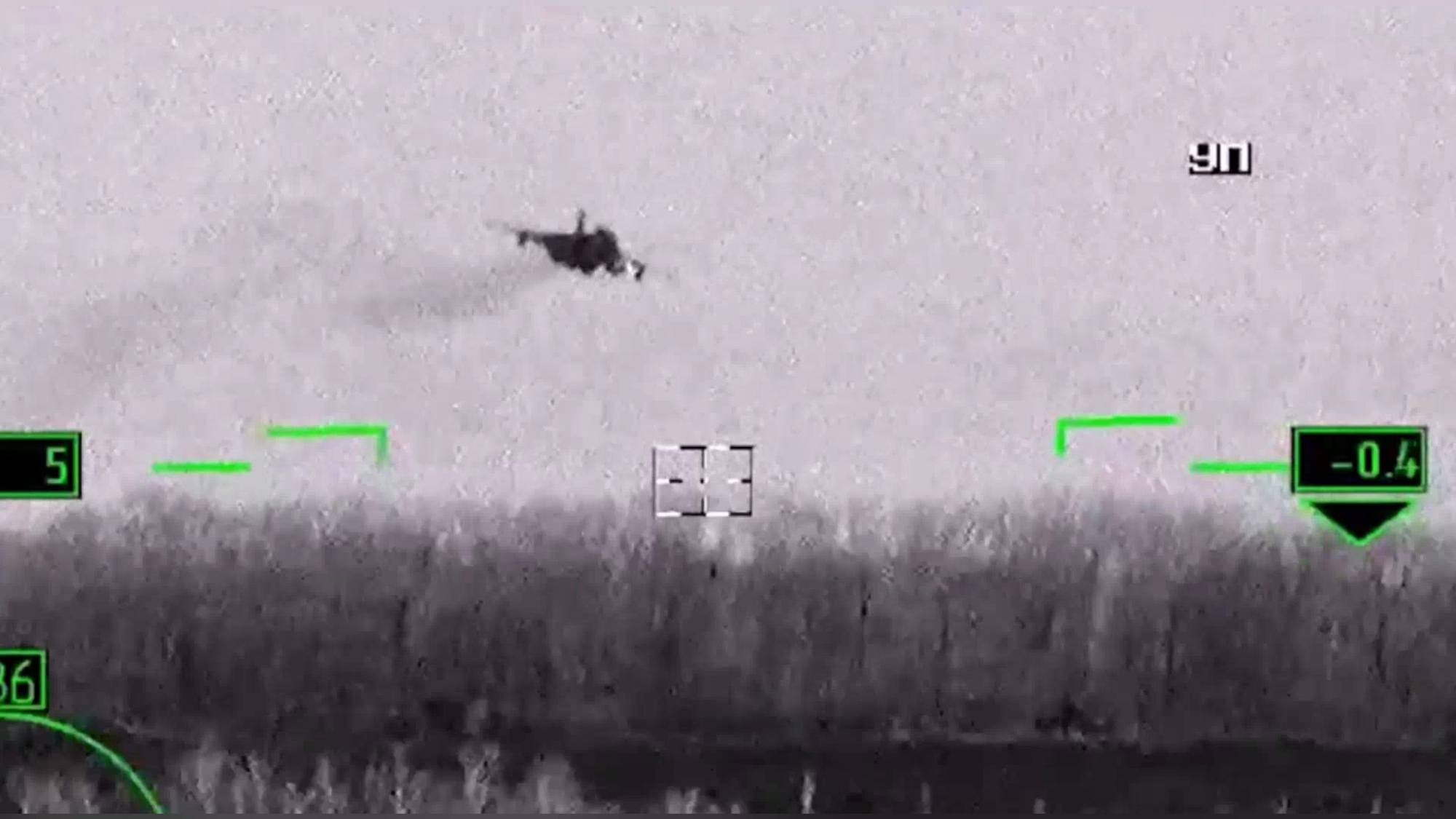 Air strike by the crew of the Su-24m aircraft of the Russian Army on the camouflaged fortified positions of the Armed Forces of Ukraine, in May, 2022. (Ministry of Defence of the Russian Federation/Zenger)

This is the moment a Russian fighter jet pilot carries out an airstrike on a camouflaged Ukrainian stronghold in the woods.

The attack was carried out by a Russian pilot in a Sukhoi Su-24 attack aircraft in an unspecified region in Ukraine.

The Russian military said on May 3rd: “Airstrike by the crew of a Su-24m aircraft on the camouflaged fortified positions of the Armed Forces of Ukraine.”

The department added that “aerial bombs were used for high-explosive action, which made it possible to achieve the greatest efficiency”.

In the footage, the Su-24 fighter jet is seen flying over a wooded area while apparently dropping a number of bombs on unseen targets at low altitudes.

After a pause, several explosions take place and large plumes of smoke drift into the air.

The bitter fighting which is now moved to a focus on the east of the country comes as Belarus which is Ukraine’s neighbour began large-scale military drills and apparent exercises to test their combat readiness.

The defence ministry in the UK had earlier warned that Russia was possibly hoping to provoke Ukraine into putting much-needed military resources on the Belarusian border over concerns that there might be fighting opening up on a new front.