VIDEO: Running Scared: Russian Soldiers Flee Base As It Is Shelled By Ukrainian Troops

In the footage, Russian soldiers are seen entering a village building that is then blitzed by Ukrainian shells.
By Lee Bullen May 5, 2022
Facebook
Twitter
Linkedin
Email 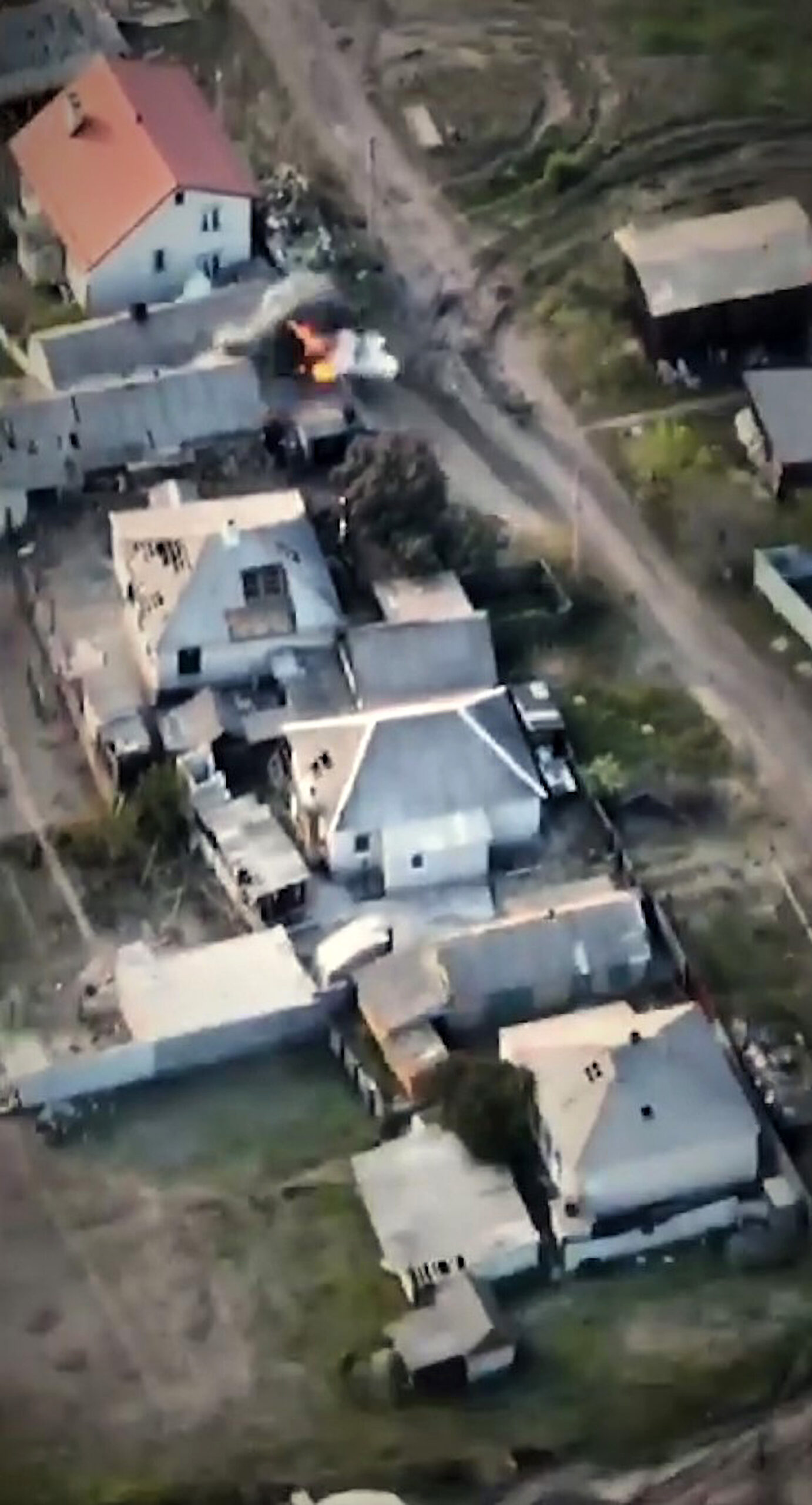 Russian soldiers flee for their lives as their stronghold and military equipment are destroyed by the Ukraine Armed Forces in May 2022. (@30brigade/Zenger)

Ukrainian troops have boasted about showing Russia “who’s boss” by bombing an enemy position and sending soldiers running for their lives.

The 30th Mechanised Brigade, named after Prince Konstanty Ostrogski, a formation of the Ukrainian Ground Forces, said they decided to remind Russian invaders “who is boss on Ukrainian soil”.

The Ukrainian brigade said on 4th May: “Good evening, we are from Ukraine! In the morning, the racists did not understand the language of ‘signs from above’ from our military so we decided to remind them again who is boss on Ukrainian soil.”

In the footage, Russian soldiers are seen entering a village building that is then blitzed by Ukrainian shells.

Columns of smoke fill the air as more bombs rain down on the complex, apparently destroying an armored vehicle.

Russian soldiers are seen running from the bombed site along a dirt track.

Moscow invaded Ukraine on 24th February in what the Kremlin called a “special military operation”. Today marks the 71st day of the campaign.