Zenger obtained the video footage from the Ministry of Defence of the Russian Federation on Wednesday, May 4th.
By William McGee May 5, 2022
Facebook
Twitter
Linkedin
Email 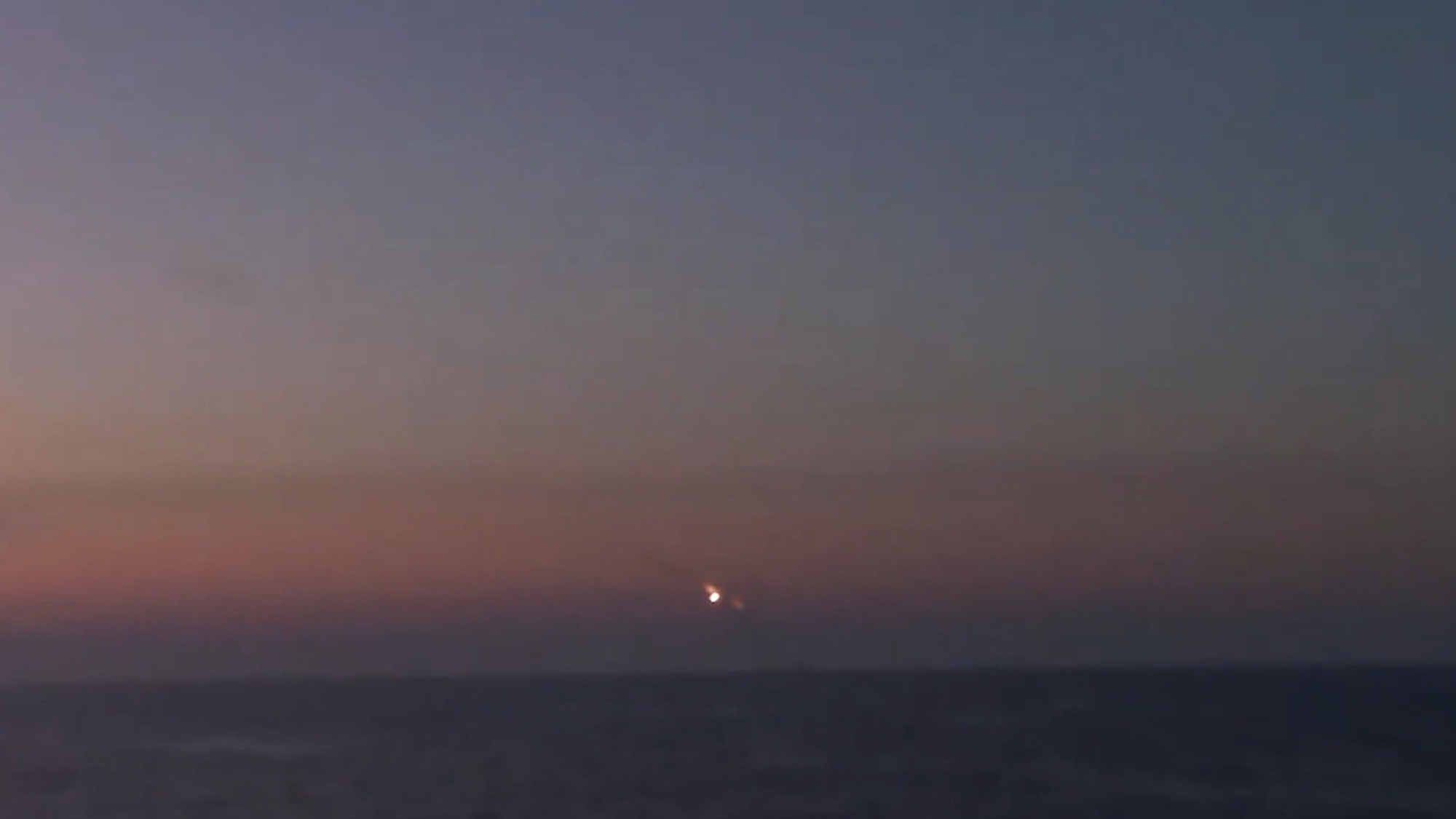 Volley launch of two Caliber cruise missiles against designated ground targets on the territory of Ukraine in May 2022. (Ministry of Defense of Russia/Zenger)

This video shows a Russian warship piercing the serene night sky with a launch of two Kalibr cruise missiles, which career towards targets on land in Ukraine.

The footage goes on to show Ukrainian ground targets caught in the crosshairs from above before they are blown up in balls of fire moments later.

Zenger obtained the video footage from the Ministry of Defence (MoD) of the Russian Federation earlier today (Wednesday, May 4th).

“Operational-tactical and army aviation of the Russian Aerospace Forces have hit 39 military assets of Ukraine.

“Among them: 2 command posts and 36 areas of AFU manpower and military equipment concentration.

“The attacks have resulted in the elimination of more than 190 nationalists and up to 31 units of AFU weapons and military equipment.

“In addition, 1 Ukrainian Tochka-U ballistic missile have been shot down in the air near Novaya Dmitrovka and 9 Smerch multiple-launch rocket systems have been intercepted near Aleksandrovskoe, Kamenka of the Donetsk People’s Republic and Semenovskoe, Donetskoe, Malaya Kamyshevakha, Chervonyi Shakhtyor of the Kharkov Region.

“In total, 146 aircraft and 112 helicopters, 697 unmanned aerial vehicles, 287 anti-aircraft missile systems, 2,793 tanks and other armored combat vehicles, 319 multiple launch rocket systems, 1,267 field artillery and mortars, as well as 2,598 units of special military vehicles of the Armed Forces of Ukraine were destroyed during the operation.”

The AFU General Staff also said Russia had lost about 24,500 troops over the same period.

Russian troops invaded Ukraine on February 24th in what the Kremlin is now calling a “special military operation” to “protect Donbass”. The invasion is now in its 70th day.