Zenger News obtained the video from the Operational Command South on Tuesday, 3rd May.
By William McGee May 5, 2022
Facebook
Twitter
Linkedin
Email 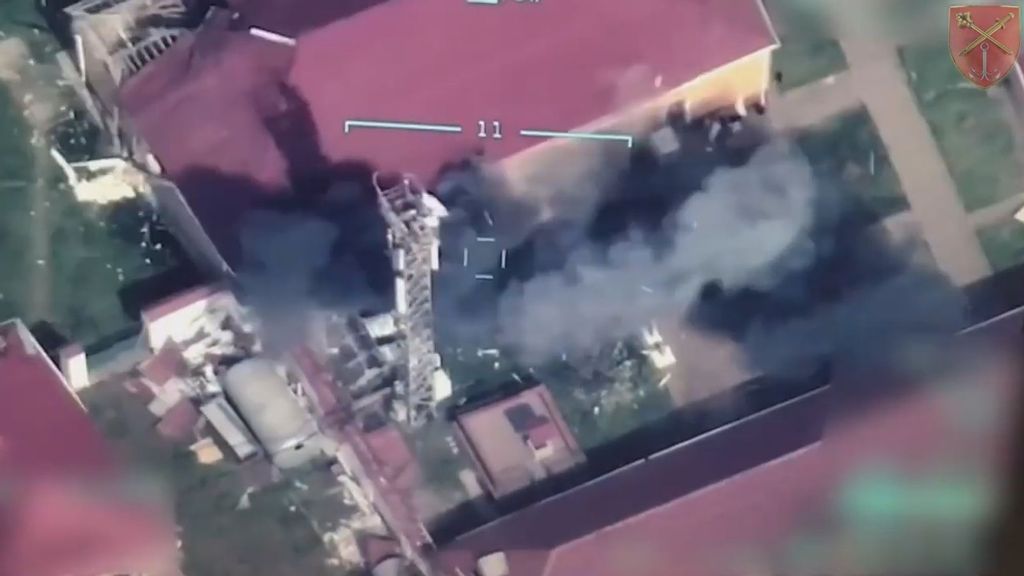 Ukrainian Army strike on and the destruction of a warehouse with ammunition, of the Russian Army, on Snake island, in Ukraine, in May, 2022. (@StratcomCentreUA/Zenger)

Drone pilots put on a deadly fireworks show when they took out a Russian ammunition depot on the Black Sea’s Snake Island.

Footage of the attack shows the Ukrainian marksmen laughing as the tactical drone wipes out not only the ammo but a command post too.

Zenger News obtained the video from the Operational Command South (OC South) – a formation of the Ukrainian Ground Forces – yesterday (Tuesday, 3rd May).

The footage shows the Russian ammo depot and command post on Snake Island, also known as Zmiinyi Island, between the crosshairs.

An explosion is seen hitting the facility before a piece of equipment is also targeted.

The drone pilots can be heard laughing as missiles and shells explode one by one in a lethal fireworks display.

The OC South, which carried out the strikes using a Bayraktar drone, said: “Another ‘visit’ to enemy positions on Zmiinyi.”

Bayraktar TB2 drones – manufactured by Baykar from Istanbul, Turkey – are being used extensively by the Armed Forces of Ukraine (AFU) during the war.

Used for both surveillance and attacks, they are believed to be wreaking havoc on the invading Russians.

The drone is believed to have been involved in the destruction of the Russian Black Sea Fleet’s flagship, the Moskva, last month.

The AFU said they launched anti-ship missiles at the cruiser after it was “distracted” by a TB2.

And the drone was also apparently used in an attack on two oil depots in Bryansk, Russia, last week.

The TB2 is reportedly so popular in Ukraine that a folk song about it has even been produced.

Snake Island – located in the Black Sea, near the Danube Delta – was famously attacked and captured by two warships of the Russian Navy on 24th February – the first day of the invasion.

But the Ukrainians have struck back at the tiny island’s Russian occupiers. On Monday, 2nd May, the Ukrainians destroyed two Russian boats near the island.

The General Staff of the AFU reported earlier today that Russia had lost about 24,500 troops in Ukraine over the course of the invasion thus far.

Russian troops invaded Ukraine on 24th February in what the Kremlin is now calling a “special military operation” to “protect Donbas”. The invasion is now in its 70th day.