The Russian military claimed the counter-offensive was successful against a Ukrainian unit of self-propelled guns and howitzers.
By Lee Bullen May 5, 2022
Facebook
Twitter
Linkedin
Email 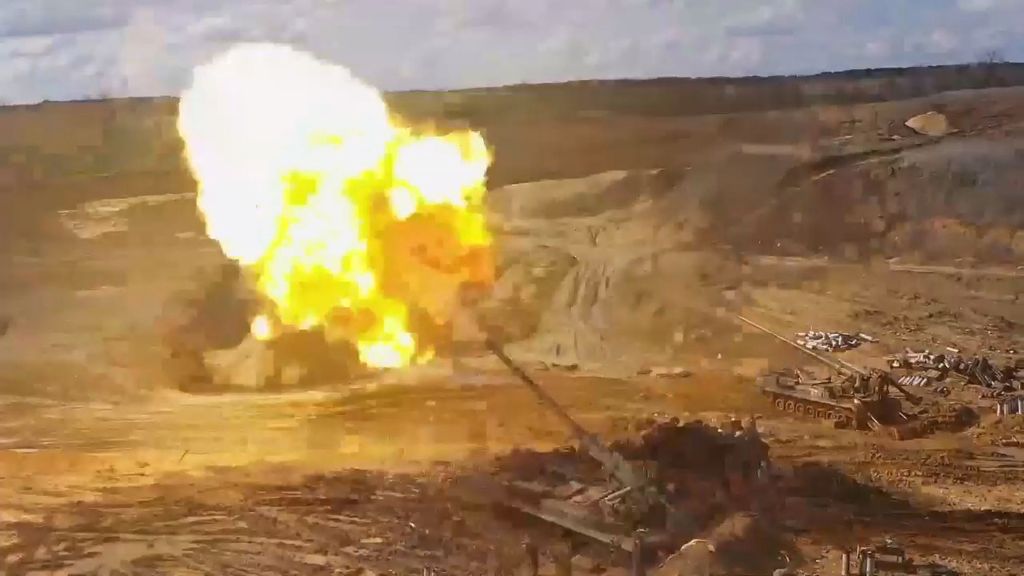 Personnel of the combat work of the calculations of self-propelled guns Malka in the conduct of counter-battery combat in May 2022. (Ministry of Defense of Russia/Zenger)

Russian heavy artillery has targeted Ukrainian gunnery units in a thundering battle of the big guns.

“Artillery crews carry out intelligence work in the daytime and at night using unmanned aerial vehicles.

“During the special military operation, crews mounted self-propelled ‘Malka’ heavy artilleries to attack positions held by the artillerymen of the Armed Forces of Ukraine.”

The Russian military claimed the counter-offensive was successful against a Ukrainian unit of self-propelled guns and howitzers.

The MoD said: “Competent actions and calculations of the self-propelled ‘Malka’ guns destroyed the positions of the artillery units of the Armed Forces of Ukraine with Pion 203-mm self-propelled guns and a battery of 122-mm howitzer D-30s.

“As the gunners themselves stated, such goals are commendable and very difficult. To defeat them, you have to apply all practical skills and abilities.”

Matvei, senior Malka gunner, said: “We were aided with the help of unmanned aerial vehicles. We took our shot, we hit the target.

“We struck the position of the 2S7 Pion self-propelled guns of the Armed Forces of Ukraine. The result of the work always depends on the competence of our calculations.”

Russia invaded Ukraine on 24th February in what the Kremlin is calling a “special military operation”.

Today marks the 70th day of the campaign.