The strike is said to have taken place in the south of the region of Kharkiv Oblast in north-eastern Ukraine.
By Lee Bullen May 5, 2022
Facebook
Twitter
Linkedin
Email 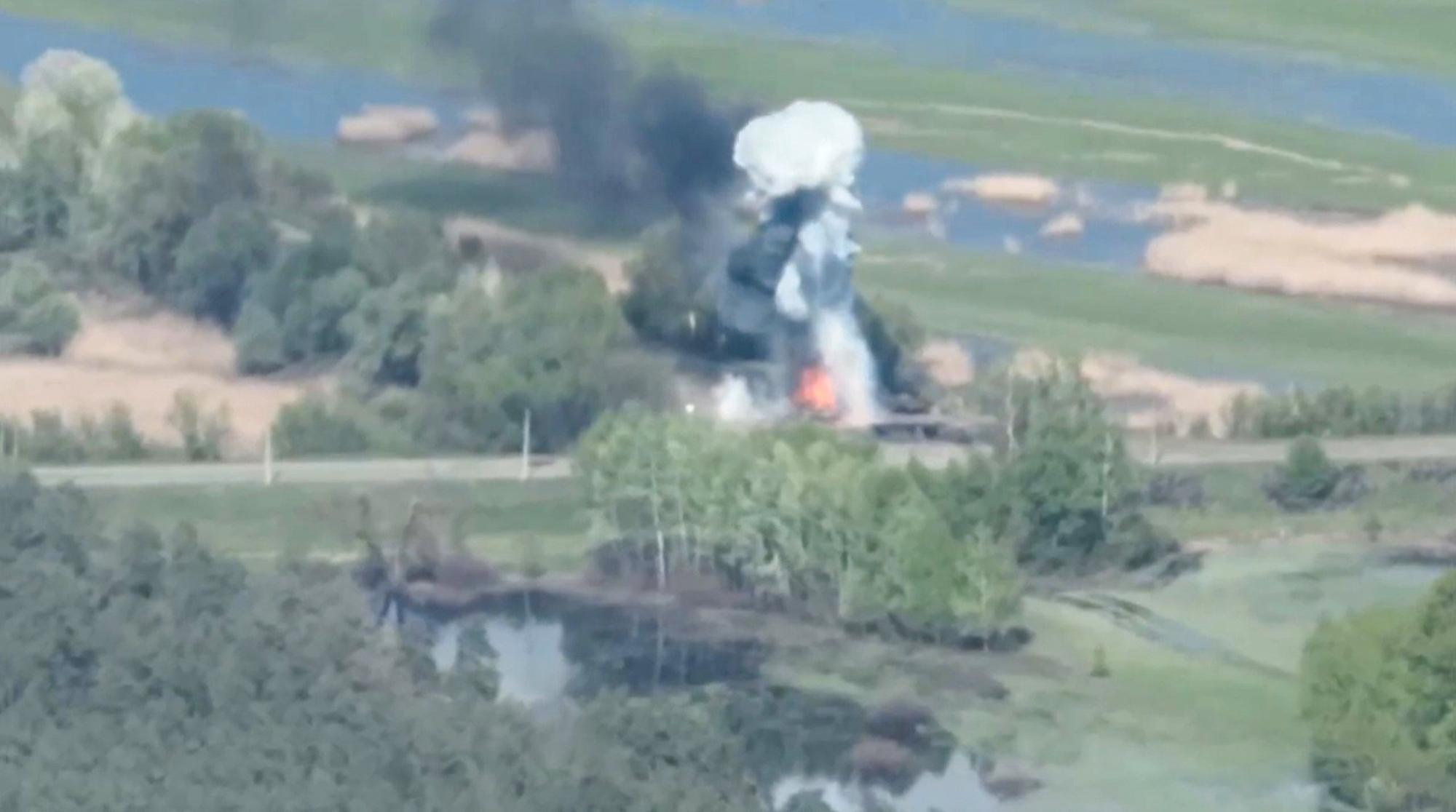 This is the moment a large fireball fills the sky as a Ukrainian brigade blast a Russian BMP-3 tank.

The strike is said to have taken place in the south of the region of Kharkiv Oblast in north-eastern Ukraine.

The 93rd Independent Kholodnyi Yar Mechanized Brigade, a formation of the Ukrainian Ground Forces, said in a statement on 4th May: “A short but vivid and optimistic video of the work of the Cold War – destroying enemy BMP-3s in the south of Kharkiv region.”

The brigade added: “Good morning, Ukraine! We continue to protect you from occupation!”

The video of the smoking vehicle then shows a sudden explosion as a fireball engulfs the tank, sending a plume of smoke into the air.

The BMP-3 is an amphibious tank troop carrier and in the drone footage can be seen close to the water’s edge which it may recently have crossed before being destroyed.

It can carry a squad of infantry and also comes equipped with a powerful gun capable of firing high explosive shells that can demolish buildings.

However, it has a poor track record for safety, with a poorly designed crew department and it is also difficult to exit in case of an emergency.

The footage shows the vehicle already smoking, but nobody appears to be attempting to flee and it’s unclear how many people were inside, and whether it was carrying troops at the time.