Vitaliy Kim - the governor of Mykolaiv Oblast since 2020 - ordered the attack and then shared the footage on social media.
By Lee Bullen May 4, 2022
Facebook
Twitter
Linkedin
Email 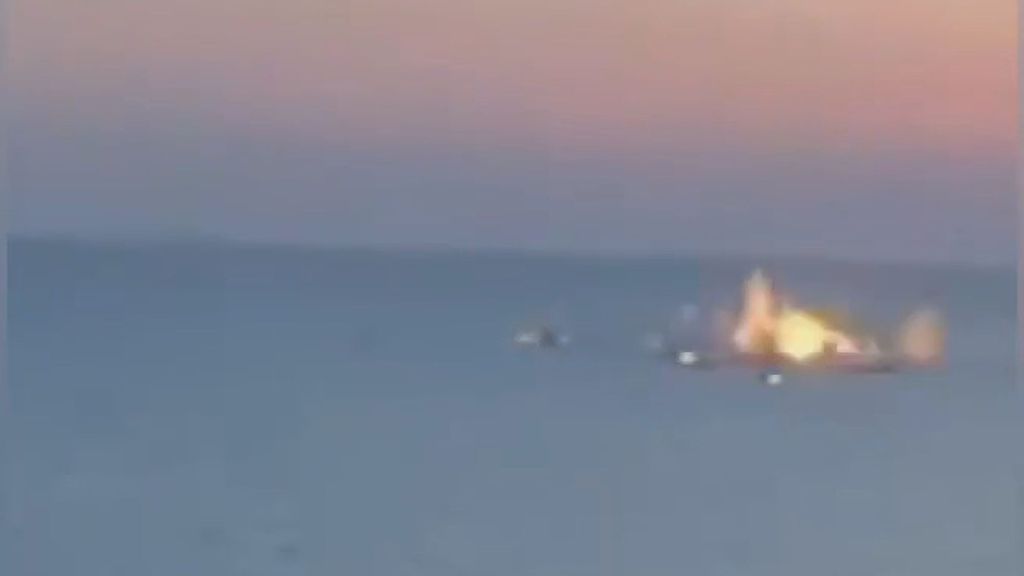 Mysterious shooting in the water ruined the fishing of the Nikolaev regional military administration Vitaly Kim in May 2022. (@mykolaivskaODA/Zenger)

This is the moment a Russian submarine tries to hide beneath the Black Sea after it was targetted by Ukrainian forces.

The sub – seen sinking below the surface in a video of the attack – is part of the Russian fleet attacking Mykolaiv, a strategic northeastern Ukrainian port.

Vitaliy Kim – the charismatic governor of Mykolaiv Oblast since 2020 – ordered the attack and then shared the footage on social media.

He joked: “A couple of hours ago, I ruined all their fishing.”

The footage shows the Ukrainian weapons targeting what appears to be a submarine descending beneath the waves.

As the submarine vanishes from the site there are numerous explosions on the water surface and some that also appear to hit the vessel itself before it finally submerges.

Kim apparently made reference to an attack he ordered against the Russian sub after it was spotted by reconnaissance elements of the Ukrainian Armed Forces.

The Ukrainian military said that the Russian military was firing missiles from a vessel at sea near the Black Sea city of Mykolaiv on 2nd May, destroying three private cars that caught fire.

It was not specified what munitions the Ukrainian forces were using when firing back at the Russian vessel.

Meanwhile, a loud explosion was also reported in the port city of Odessa on 2nd May that resulted in the destruction of infrastructure and a church.

No casualties were reported in the attacks.

Russia invaded Ukraine on 24th February in what the Kremlin called a “special military operation”. Today marks the 69th day of the invasion.

From 24th February to 2nd May, the total combat losses of Russian troops stand at around 23,800 personnel, according to the General Staff of the Armed Forces of Ukraine.